I am having issues with Arch linux where I boot to the login screen and after signing in it the Monitor will display a no signal, to fix that, I switched the input from PC to Display Port. Sometimes the input switch won’t work and the only way to get a input I would have to restart the computer. Is the issue Linux, the monitor, or the drivers?

Do you get the same issues @wendell?

What happens if you change tty sessions and start xserver or Wayland?

is there a guide I can follow for that?
I really have not played with those settings

What is a tty, and how do I access a tty?

Does it throw any errors?

Then in the new terminal: 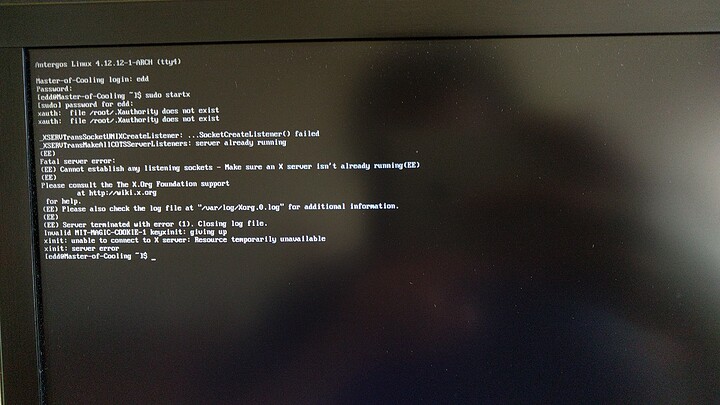 Do you have another OS installed, if so do you have similar issues?

I have windows 8.1 and it doesn’t have the same issue
It actually boots and maintains the display

Hmm is this a fresh install or is this an issue that just cropped up?

What de did you install? 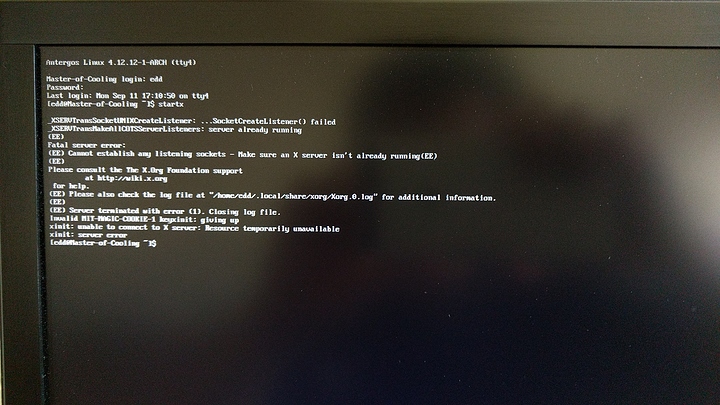 DE is budgie
The wierd thing is that I also have budgie installed on my laptop with the same OS setup(gdm, budgie, arch linux) and it doesn’t have the same issue, like it is just the desktop that has issues after signing in

When I was first installing Manjaro I had some issues booting into the installer DE. Using Antergros seemed to solve the issue and I was able to boot and install

Might be video drivers can try reinstalling xorg. Be warned, have backups of anything important

What kernel are you on?

Well I am not an arch user.

But when was the last time you updated your software?

That should have your kernel version.

Did you run the stock amdgpu driver in the kernel or did you install it? 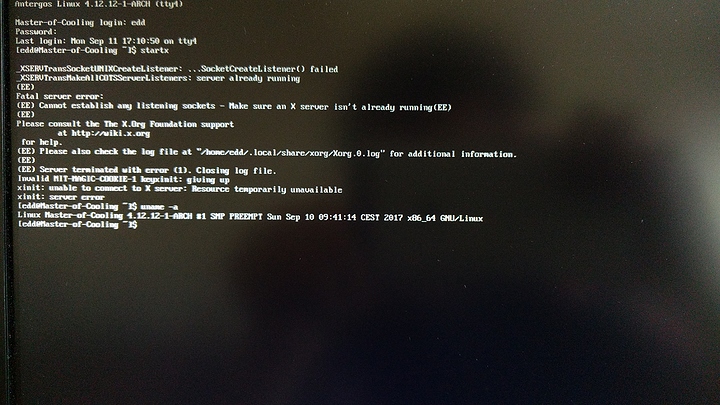 I used the stock kernels that Antergros came with, I really did not play with any of the drivers.

Is there any way for me to back up my state so that if it loses everything I can just revert to a previous state?

I am also sharing a hard drive between Windows and Linux.
My Linux installation is separate from windows
Also are there any alternatives to xorg?

There is Wayland but kinda iffy on running it with budgie.

Gonna leave the next step to someone more familiar with arch but rebuilding your xorg install is probably the next step. Unless Arch had some weird kernel option that may be the issue.

@Just_Lurking
Maybe, I guess I just wanted to document this issue, it is pretty minor with a slight nuisance. It is not the end of the world if I can’t fix it.

The thing is, my laptop doesn’t have the same issue, and it has a similar setup with the DE, OS, and xorg. The only difference is that the laptop is using the intel integrated graphics while the desktop is a Fury X.

I figured that the amd open drivers should be well supported on Linux.

Thinking it is a a weird settings in one of the conf files, fresh install would clear that up. But since I am not super confident in arch package management, I am not the person to lead you through it.

weird settings in one of the conf files

Is there any way to change the config file without needing to reinstall everything?

I am hesitant to reinstall, because the last time I tired installing arch for the first time, I had issues booting the live cd for manjaro.
The only way I was able to install was to use the Antergos cli installer.

But since I am not super confident in arch package management

What would I search for for issues similar to this? To research further, half the time I don’t know what to search for unless the computer gives me a error message

I googled the error from xorg
https://bbs.archlinux.org/viewtopic.php?id=200643
are the steps mentioned still up to date?