Any good reason to not use a 1950x in a homelab TrueNAS build? They are cheeep

So I’m already looking past my 6 month old TrueNAS box, and I’m slightly regretting not initially going for on-board 10Gb NICs and mondo PCIe lanes (I used an ATX AM4 motherboard)

I see the AsRock Rack X399D8A-2T and was looking for a Threadripper to pair it with and I see that old 1950x’s are very reasonable on eBay.

Is there a pitfall I am not aware for this old CPU?

the idle power draw is quite high…

Ah! So their internal power management is not very good?

The motherboards are really expensive for being obsolete.

I was going to say check out an x99 2011v3 board, but they’re stupid overpriced right now too.

I guess cheap old discontinued CPUs are driving up costs on motherboards.

No it was very good (for the time), it’s just that even with the efficiency of first gen ryzen, with 16 cores the watts adds up. It’s worlds ahead of old xeons.

If you actually add up the electric costs, it’s not much. It’s basically leaving an incandescent lightbulb and a half on. More of a heat dissipation issue. In a home lab with dozens of hard drives and other gear, it’ll quickly fade away as a concern. 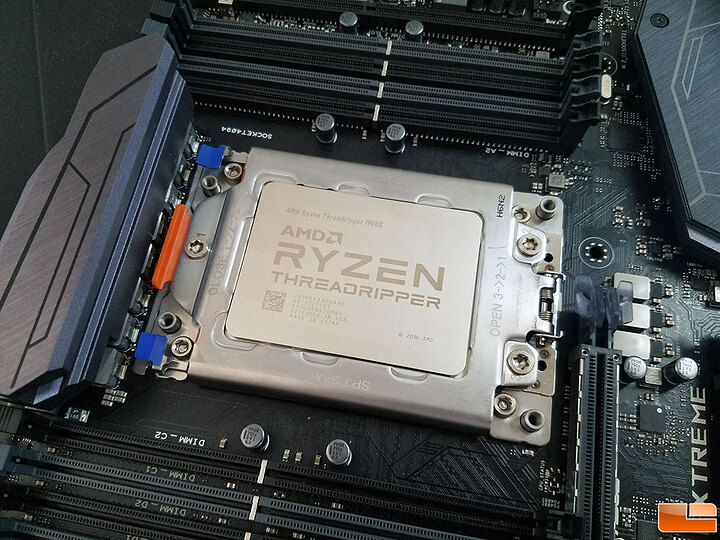 For starters both the AMD Ryzen Threadripper 1950X and 1920X platform had nearly identical power consumption. Both used around 90 Watts at idle and that is impressive as includes the ASUS X399 motherboard, NVIDIA GeForce GTX 1080 FE video card, SSD and the CPU liquid cooler. Both processors topped out at 255W in Handbrake and 330W when playing Thief at 1080P. This processor uses more than most, but that is expected with this many cores!

I was going to say check out an x99 2011v3 board, but they’re stupid overpriced right now too.

You can buy used HP Z440 systems for not much. They come with a mostly-ATX-form factor motherboard, and with a simple adapter from EBay, you can use a standard ATX power supply with them.

Compared to a first-gen 1000 series threadripper?

All about trade offs. Threadripper offers more lanes, Xeon offers better memory support. If you buy a c6xx Xeon board, you get buffered ECC support, Threadripper only supports more expensive and harder to find unbuffered ECC.

So their internal power management is not very good?

Not that. They’re literally a server CPU marketed for consumers.

To say the idle power was high, that’s comparing it to a modern 16 core desktop CPU, not a ~2017 server cpu, which is what this is.

Yes. They undervolt well. You have to run them at 3.4 or 3.6 to get the best results, but that’s not a huge trade-off.

I have one sitting on my desk (granted, not in a system) right now. Been thinking about starting it up, but it’s gonna be getting warm soon… Don’t want to rely on it.

Doesn’t powerboost whatever automatically undervolt / overvolt based on load?

Not on first gen.

And not past factory defined parameters which are guaranteed to work with 100% of CPUs.

Do you have an idea how low you were able to get the system watts at idle at?

So who knows what the idle draw was. I’d say subtract 40 from the monitor, 20 from the GPUs, 40 from the hard drives

So maybe 50w total, including the motherboard and kvm power?

here is the power graph for my promox server 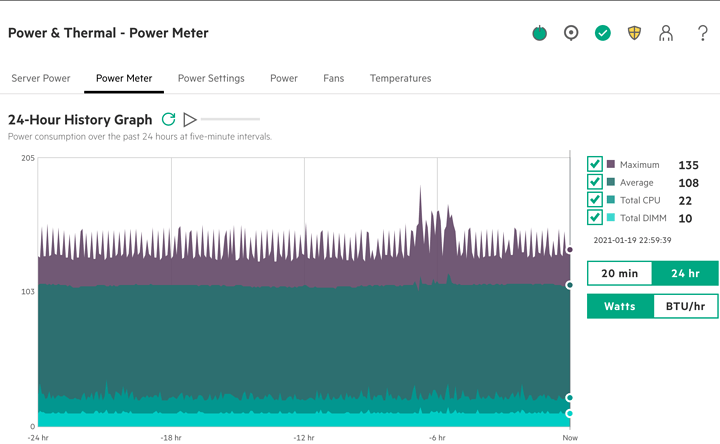 Since its first-gen, I thought it relevant. I remember sgt saying he scrapped his TR rig because it draws like 200+W for those extra gigahertz.

I remember sgt saying he scrapped his TR rig because it draws like 200+W for those extra gigahertz.

Its crazy how the consumer line of the basically the same server line products draws more than twice as much.

well that’s wall power including all above stuff.

so I don’t know how accurate it is.

so I don’t know how accurate it is.

FWIW I would say that if the OP does decide to use a 1950X as a server just be aware that it will draw a far bit more power that the current offerings at idle so some tweaking might be required to achieve optimal operation costs.

But if it costs say $5 a day that cost of ownership adds up to over roughly $1825 year to operate in power alone. That cost would need to be compared to modern offerings to see if the lower initial cost is actually cheaper in the long run compared to the delivered value of newer models.

So if the newer stuff with a higher initial cost is cheaper in the long run while be able to do more stuff, then you’re actually loosing money by going for stuff like this.

If you just don’t care about power and need something cheap to do the job I’d say it would do it just fine.