Normally I'm not that much of a fictional reader. I read mostly text books. Informational kind of stuff like the Neil Degrasse Tyson book or the books from Stephen Hawking. I only read a couple of story narratives without any previous knowledge about it (meaning it's not connected or inspired by any visual media).

I read a little more when it comes to already visualized books. So I read stuff like the Martian (before the movie after the trailer though) the Mass Effect books after I played the game, the lord of the rings (yes I'm sorry but only after I saw the movies), the hobbit (prior to the movie), 2001 a space odyssey. And I just bought the Revenant (haven't watched the movie yet, but the trailer made me buy it) and planning to read that too.

Now the real deal, I want to read some more narratives but I usually only pay any attention to them once I've seen a trailer or something. I want to change that so here's my question about any good books you guys would recommend. It can be anything really, but my preferences are realistic sci-fi, survival story (such as the revenant), War, thrillers and political stuff. And maybe some government black ops stories or just from intelligence (Like See No Evil).

I think your reading preferences are a little different from mine but I'll give it a shot!

It's a long series but Stephen King's 'The Dark Tower' is one hell of a fantasy/sometimes sci-fi book. One of his original inspirations for the series was LOTR. There are plans to bring this to the big screen and it can be seen in little snippets of King's other work (The Mist) .

There's a lot of classic (although not massively realistic) sci-fi to check out if you haven't already: 1984, Dune, Neuromancer, Hyperion, etc. Most of these have been adapted/around long enough that they've been visualized in one way or another.

In terms of informational stuff I find the Masters of Doom book was super interesting even though my tastes aren't quite in that field. It tells about the early days of id Software and I couldn't put it down!

Neuromancer is hardly realistic, but it is an interesting read. Anything really written by Gibson or Dick.

If you're into politics and spies, this is an awesome book! It's about the conception of the CIA up to the end of the cold war. Semi-ficitional, soo good!

Everything by Philip K. Dick

Anything by Ursula Le Guin

Hyperion by whoever wrote Hyperion

you dont happen to speak Polish? I could recommend you thousands of books in Polish :D

Ghost in the wires :) the book about Kevin Mitnick, its really good a reading :) 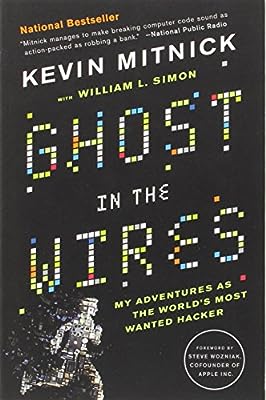 Ghost in the Wires: My Adventures as the World's Most Wanted Hacker

Thank you, I've seen Dune didn't like it very much. Maybe I like the book better! Yes, I've heard about the Dark Tower, my friend says it's great!

Unfortunately I don't. English and German only. But thank you for the list!

David Brin wrote a number of series and stand-alone novels that were pretty good sci-fi reads. Heart of the Comet was a fairly interesting stand-alone about a mining colony sent to a comet on the mission to mine resources from it.

Historical novels can be an amazing way to have knowledge seep into your brain without you even being aware of it. By gaining an understand of what happened in the past can give you a better overall understanding of what is happening now. It gives you a perspective that most these days lack. Beside being great entertainment you learn. Authors of historical novels do extensive research on their period. Readers will quickly point out inaccuracies leading to the author gaming a bad reputation. Something no author wants, so becoming an historical expert is a big part of what they are doing.

Are we just talking written novels?

Dune by Frank Herbert (I just bought this, cant keep living without at least reading it..)

The Nights Dawn Trilogy by Peter F. Hamilton (then youll know where my name is from xD)

Everything by H.P Lovecraft (all his stuff (their short))

The Space Trilogy (Out of the Silent Planet, Paralandra, That Hideous Strength) by C.S. Lewis - hard to say how realistic you'd take this as for the most part how the technology involved works isn't strongly dealt with, though it does go fairly deep into politics in the third book (which is very different from the first two) in a way that is rather telling of both politics then and now. A Fantasy and Sci-Fi professor I had years back had as his main thesis that all of Fantasy and Sci-Fi since them has been influenced by Tolkien's Lord of the Rings and Lewis' Space Trilogy (whether by inspiration, intentional rejection, indirectly, etc. they mark a turning point, at least for the writers).

If you'd like some good classic works you can find easily for free on google books: The Three Musketeers (and it's sequels). For me at least, this turned out to be very different from the impression I got of the books from references in other media. That'll fill a war and politics bill, especially in Twenty Years After.

The Witcher books. I just started reading them. The games are actually a continuation of the books so it's not like reading the same story. Geralt's cynical pramatic perspective is really interesting to read.

The last wish is the first one; it's a bunch of short stories. The last 2-3 books are actual novels.

anything written by Michael Crichton.

The Last Kingdom by Bernard Cornwell

Usually not the type of fantasy I read but I take a look at it.

Try "The Art of Deception" 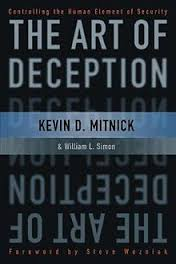 and its following book 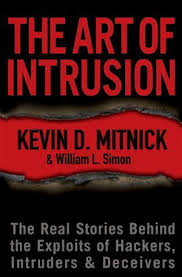 @Logan: you should read "Fremdes Land" by Thomas Sautner....it shows an dystopian futere as you imagine it.