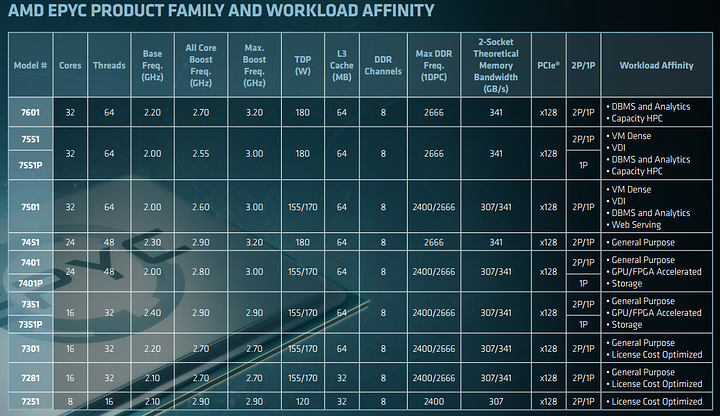 AMD is launching 12 skews today, all with 124 pcie lanes (before mandatory connections), all with octa-channel DDR4 support from 2400Mhz to 2666Mhz with 1 dimm per channel, and with TDP's ranging from 120 watts to 180 watts. 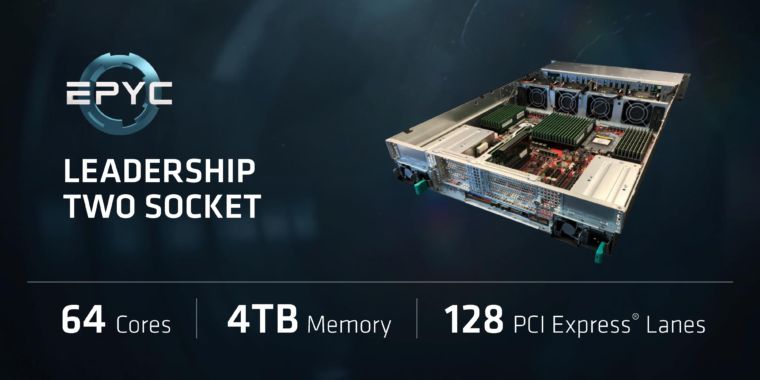 AMD muscles in on Xeon’s turf as it unveils Epyc

Multiply a Ryzen by four and all of a sudden Intel has some real competition. 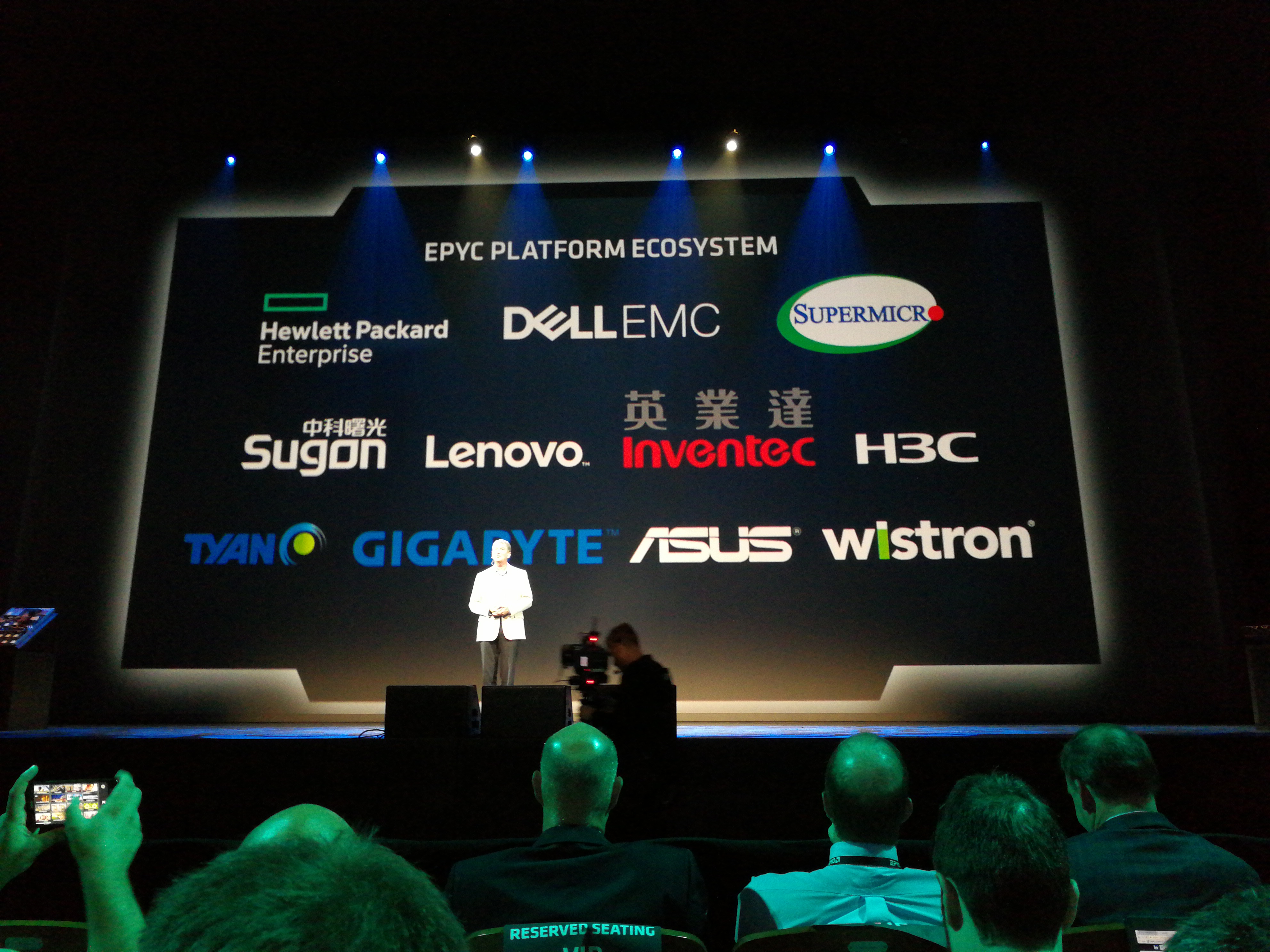 many partners much wow 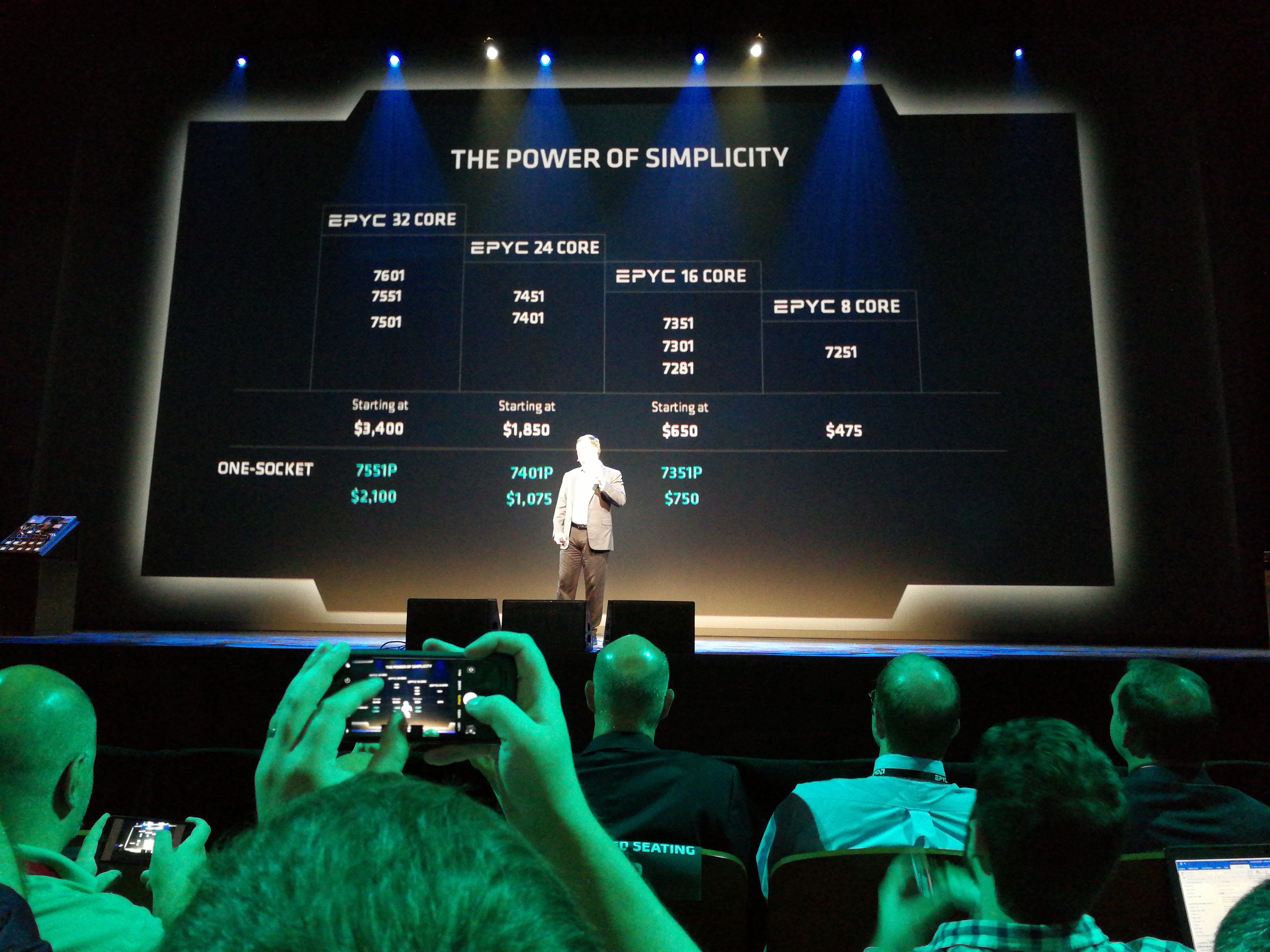 My god those prices for those 16 Core sku´s.
If true, then thats a pretty hard slap in intels face i imagin.
But now i´m getting even more currious about Threadripper pricings aswell.

My god those prices for those 16 Core sku´s.
If true, then thats a pretty hard slap in intels face i imagin.
But now i´m getting even more currious about Threadripper pricings aswell.

Somewhere there has to be a room full of Intel higherups rushing to see how soon they can get Skylake-SP out the door, because existing Broadwell-SP offerings are getting the shit kicked out of them with these price to core count skews.

May have to build a threadripper machine

Do we know anything about the power of each core vs. Intel cores?

It is ZEN. IPC is identical to RYZEN.

Do we know anything about the power of each core vs. Intel cores?

The core architecture is Zen, so the same as Ryzen. So its roughly the same as a Broadwell core's IPC.

Yeah definitelly, this is going to be fun.
Seems like AMD is targeting intel in every segment of the market.
Which i honnestlly did not expect to happen if you asked me this a year ago.

Yeup. This might be a death blow to intel.

The only thing that intel might be able to fire back on is CPU cache speed/architecture.

Only thing to look out for that could ruin it is the CPU to CPU interconnect. If that is running as effective as core to core, Intel is in real trouble.

Well yeah, the 1976X 12C / 24T with a boost clock of 4.0GHz,
definitelly would have my interests.
Especially if they got delivered with a standard aio cooler.
Currious what the prices of Threadripper are going to be aswell.

Seems like AMD is targeting intel in every segment of the market.

Ehh kinda, they're not saying anything about server's with socket counts greater than 2. Intel supports upto 8.

Yes of course we have to wait on that.
But still even if they would only support upto 2 sockets.
Then if you look at those prices for those 16 core sku's,
Then you can build a 32 core server for pretty cheap, for enterprise standards.

One would think they have more than 2 socket support in the works.

Yeah, the absolute extreme cases are just not interesting I guess, at least not right away. But to cover from reasonably small to reasonably big in consumer and server stuff is a pretty neat comeback. And to do all that with the same ZEN cores.... they absolutely nailed it.

I just wish that there would be a bigger focus on 4u servers than they gave during the conference. Seems like the 4u servers are becoming more reserved for quad socket stuff, but I feel that's where AMD would do really well since they have all that PCIE to play with.

I find myself wondering how ridiculously big the air coolers will be for Threadripper. Assuming that the die is the same size.

But for what? 128 lanes even with one chip. If all you need is something to drive PCIe, you don't need more.

Bitcoin mining maybe? More lanes = more GPU's does it not?