Look at those beauties. Maybe they'll be for sale eventually. OCAholic thinks end of Februari for NDA. 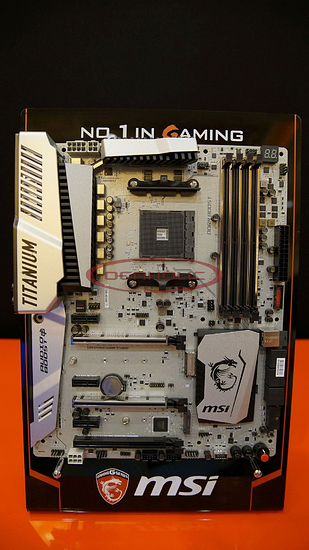 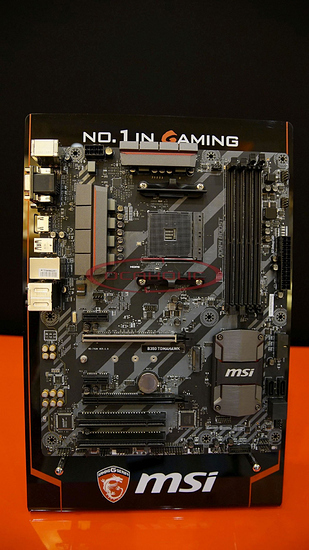 VORTEZ has also posted a short post with the images.
http://www.vortez.net/news_story/msis_am4_motherboards_ces_leaked_exclusive_images.html

New Chipsets and Motherboards
AMD and its motherboard partners today debuted a wide array of new motherboards from ASRock, Asus, Biostar, Gigabyte, and MSI, all built upon two upcoming desktop chipsets for AMD Ryzen processors: the X370 and X300. X370 chipset-based motherboards are designed for those who need the most performance, cutting-edge features, and superior I/O connectivity from their PCs including support for overclocking1, and dual graphics. For users looking for performance in a more compact size, the X300 chipset also features an AMD Ryzen-ready AM4 socket while utilizing the mini-ITX size ideal for small form factor PCs. Both chipsets take full advantage of innovative technology features including:

AM4 chipsets provide dedicated PCIe lanes for USB, graphics, data and other I/O, providing a powerful, scalable and reliable computing experience and bringing the benefit of future-ready technologies. Motherboards on display at CES 2017 include:

Anandtech has a gallery with (all but the MSI motherboards) pics:
http://www.anandtech.com/Gallery/Album/5394

And a VGA port on the back. I wonder if there is any high-end APU planned.

Looks like VGA, DVI and HDMI. I smell APUs on the hoRyzen....

ffs this pun is overused...

Cool, I can use my really shitty PCI 802.11/g WiFi card in this motherboard.

Why do all these chipsets have to have similar naming schemes?

I mean did AMD really have to use B- and X- to identify their parts? Why not use any of the other 20 letters of the alphabet that aren't already in use by Intel? I can just see somebody trying to stick an i5 into one of these boards.

VGA! LOL! I laugh but I can say that my son's monitor actually has VGA on it and so I guess if the HDMI broke at least it is there allowing him and I to use the monitor til we could truly afford to buy a replacement monitor. Still though I find it hilarious that VGA would still be included.

They're going to launch with Bristol Ridge APUs, costco already has some systems

A Reddit user called starlightmica recently published a photograph of a HP Pavilion Desktop PC on sale in Costco for $599.99 that appears to be an AMD Bristol Ridge-powered machine. According to TechReport, which followed up on the Reddit post, the...

about mid 2017 we should see Ryzen APUs, hopefully with at least one chip having HBM2 on package, at least for laptops

Gigabyte has never done me wrong?

You're either one in a million or I only know people who had an awful experience with GBT hardware / support.

I still need VGA for my CRT 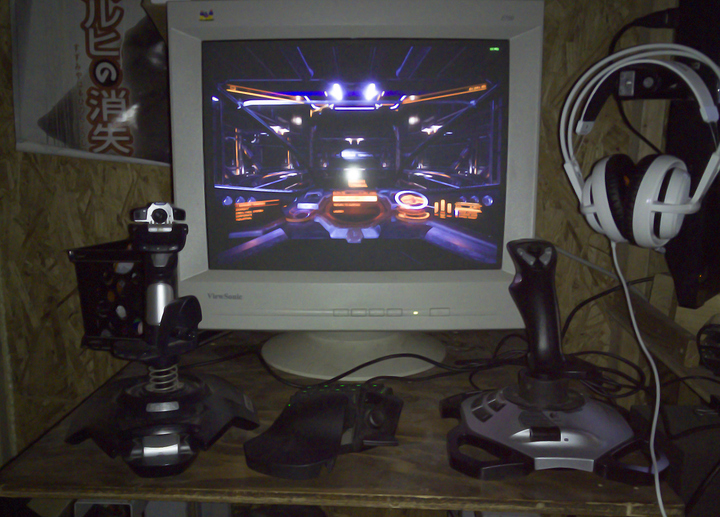 X for eXtreme. Not kidding, marketing seems to think that we are all perpetually fourteen years old. Besides Intel already uses Z in their "enthusiast" chipset.

marketing seems to think that we are all perpetually fourteen years old.

That may be true but it does seem to be working or they'd stop doing it, so maybe we are all perpetually fourteen.

This month's Intel lineup is

So 2/3 of AMD's chipsets have the same letters, and unless Intel changes their B-series style, we may see two chipsets on the market at the same time with the same name.

Does a happy dance ahhh but its msi :(

Quality video made up of stills

MSI currently has about the best budget 1151 boards

You gotta pay extra for the DP