News: While the FCC is fortunately backing away from a plan that would have weakened the standard definition of broadband, the agency under Ajit Pai still can't seem to acknowledge the lack of competition in the broadband sector. Or the impact this...

Well isn’t it the FTC’s problem now ? Toss a hot rock to someone else.

But the FCC does want the funnel more money into the beast. 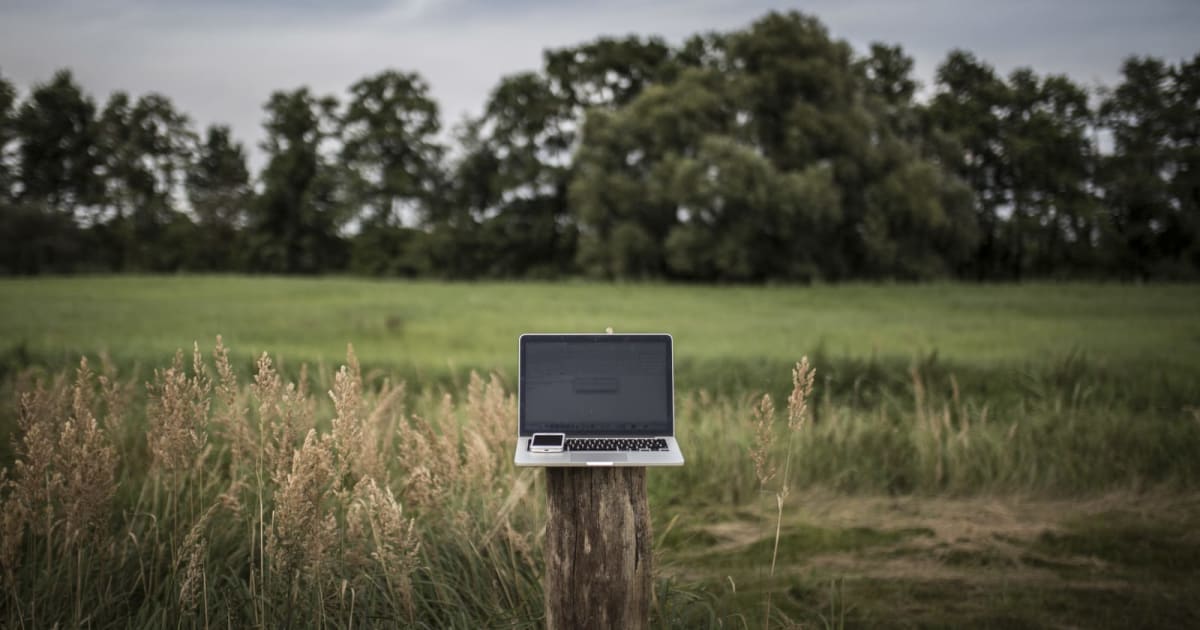 None of this has gone into law yet, that can take up to a year. Also, there are pending lawsuits for the moment the FCC attempts to enacts the law. This is in no way over

If the FCC actually admitted their was a broadband competition issue, it would derail much of their agenda. They can’t possibly be expected to give up their agenda based on facts.

They did recently admit that cellular networks are NOT a suitable replacement for broadband over a wired connection.

At least that’s something?

I’m interested to find out how that changes over the years. It’s definitely not a suitable replacement now, but 10 years from now, I could believe it would be.

$500mil ? ? ? Just another excuse to extract money from the people, Big Corp has been cashing in on consumers since the '96 Telecomm act. 200Billion worth… Oh, anmd those ‘federal taxes’ on you internet bill? Go straight to ISP’s… They need to provide what they promised, or pay ppl back !

Maybe if we force cellular companies to accept that data caps are not acceptable, realistic, or necessary.

Good luck with that lol

Maybe if we force cellular companies to accept that data caps are not acceptable, realistic, or necessary.

I’ve got unlimited for $40/mo with tmobile. I know this sounds like an ad, but a lot of the major providers in the US are offering an unlimited plan.

For now, we have to understand that the infrastructure just isn’t there yet on the mobile side to support the sheer number of people who would need to use it. Have you ever tried to use your mobile broadband connection at a baseball game? Hah, good luck. When 5G rolls out, I think we’ll be there.

As far as I am concerned, all of the major ISP’s and cellular providers should be broken up into itty, bitty, pieces and never allowed to merge again.

As far as I am concerned, all of the major ISP’s and cellular providers should be broken up into itty, bitty, pieces and never allowed to merge again

Quite heavy handed regulatory suggestions coming from you.

Getting deja Vu from this post, for the third time

To be honest unlimited is only unlimited until approximately 20gb. Then you are getting throttled to 3g speeds or slower.

I’m at just under 19GB and my usage cycle resets on the 8th. I’ll update if that’s accurate. I haven’t noticed that in the past.

on the 8th. I’ll update if that’s accurate. I haven’t noticed that in the past.

Atleast on ATT and Verizon it is the case. I can vouch for that because we have family members on both due to reception issues of some of the users. My sister absolutely hates verizon. Because it isn’t in all terms unlimited. She and her boyfriend use quite a bit of data and she has told me that it gets throttled down to pretty slow speeds. It is noticeable when she watches youtube/netflix/amazon prime. She lives in rural America where she can only get dsl or mobile internet.

Tmobile supposedly throttles after 50gb of use. http://fortune.com/2017/09/20/t-mobile-threshold-throttling/

I finally switched to T-mo after being a Cingular/ATT customer since 2003. I had the old ATT plan with roll over and unlimited internet because I never used a phone upgrade in all of the years that I had ATT. Then they started capping my speeds to 3mbps down ad like 512kbps up. After dealing with that for over half a year and playing between 65 and 80 USD per month (fees and taxes change per billing cycle !?) I made the switch. My wife already has T-mobile and has had it as long as I have had ATT. She lived through the spotty signal and inferior internet connectivity with them. She is on the old T-mobile plan and has unlimited (truely unlimited) internet with them. He bill was 70 USD per month but is now 40 USD per month and I now pay only 40 as well. That includes taxes and fees.

My wife uses about 80GB a month on T-mo because out DSL connection sucks since she reduced the speed. She did not know what she was doing and thought that she was saving us 15USD per month. I am working to get my bonded connection back even though Frontier is trying to do away with that. I had Comcast and will never go back after the YT and Netflix throttling and their criminal billing practices. That is pretty much all that I have in the area. Wave is moving in but they have 20GB data caps (seriously?) Want 100GB or higher cap, you have to pay through the nose for it. That is not event an option

We have to show the phuckers that we are voting with out wallets. go with the lesser of the evils. It is even better when you can support a company that does the right thing. We need more municipal internet. Innovate based on services, not on litigation.

Innovate based on services, not on litigation.

I agree completely. Sorry to hear about your lack of choice, but I’ve only got one option. Thankfully, Cox isn’t too bad yet. (though, they did implement a 1TB/mo cap and have started throttling Linux software repo downloads to 50kb/s on my 150mbit line)

I’ve never heard 20GB/mo as a landline cap. That’s absolutely insane. I wonder if they’ll get a single customer with that model…

I live on an island with mostly old people. They don’t know any better. All of the retired MS and Amazon Execs live on the south end of the island where they have access to 1Gbps fiber. Unfortunately, Comcast has monopoly from the middle of the island to the north end… They were able to “choose” their competitors, hence Frontier, and now Wave. I live on the north end.

This a post on a forum from someone called Karl Bode
Karl’s post history is here:
https://www.dslreports.com/postlist/141383?cat=within&p=1

Ajit Pai is a hero in my book for killing NN. 5G will change everything, the future looks so good I literally farted out a rainbow after eating some bean soup.