Windows 10 is Microsoft’s latest operating system. There have been a great many lies told about Windows 10. The purpose of this guide is to give the user the best experience for Windows 10 without breaking it and how to super charge it with recommended applications.

Which should you get?:

Windows 10 Pro is for a power user. If you want Bitlocker, hypbervisor, and more control on you pc updates then go with Pro.

Settings for Updates - Applies only to Windows Pro 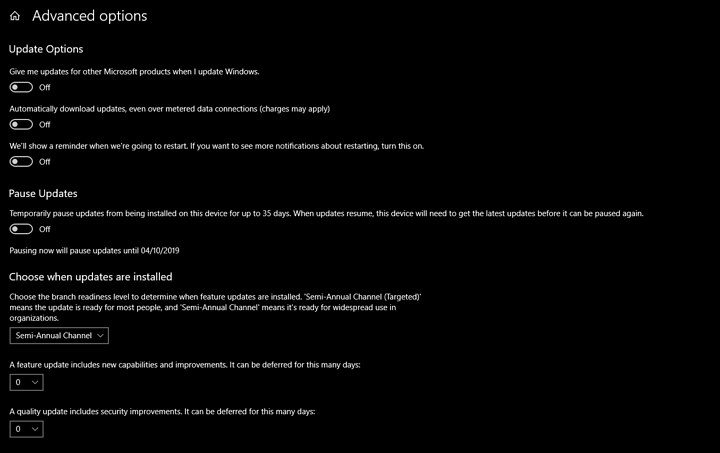 Why Semi Annual Channel - Semi Annual means you get the big update when it is safe for full release.

The PC will tell you when it is ready to update.

Settings in Privacy - Things to Turn Off and leave on:

Windows 10 has come along way from it’s early days. There are a lot of things that you can choose to turn off, if you want. You may have come across scripts or what not to make things more private but running those is too risky and could break your Windows 10 from running properly. The follow are the settings that I’d recommending turning off and a few to leave on. 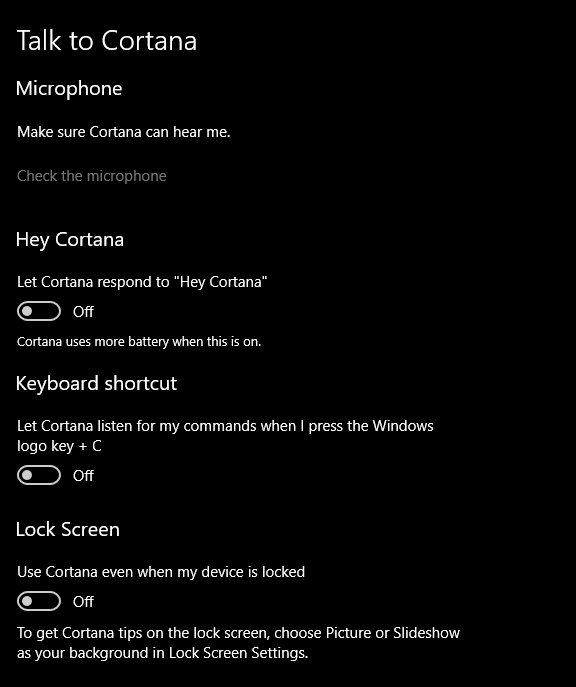 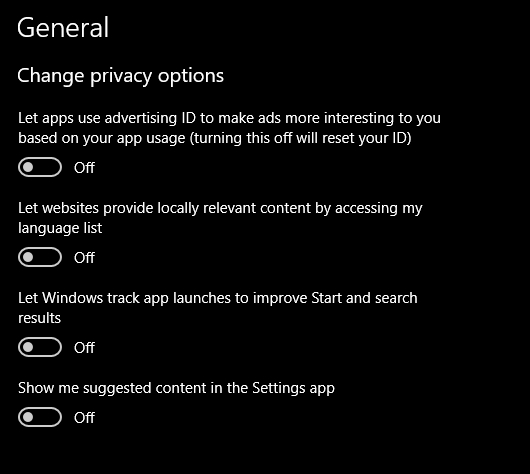 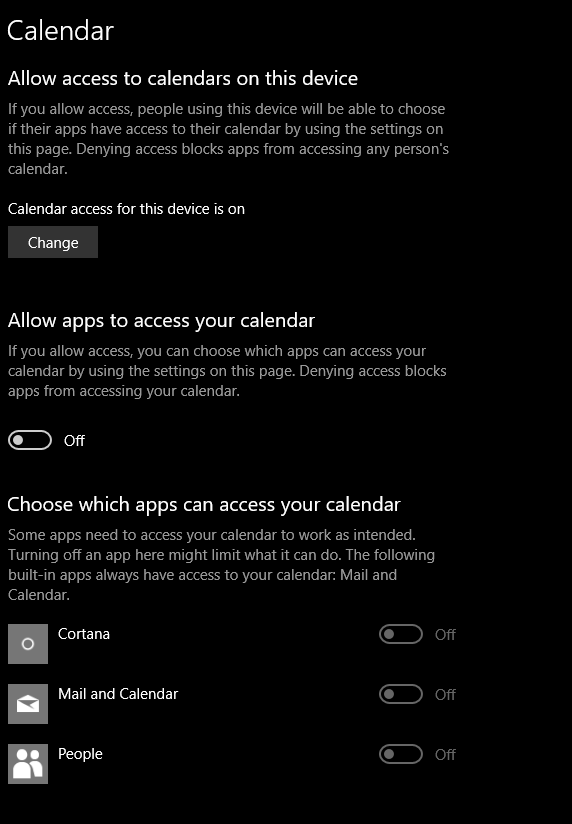 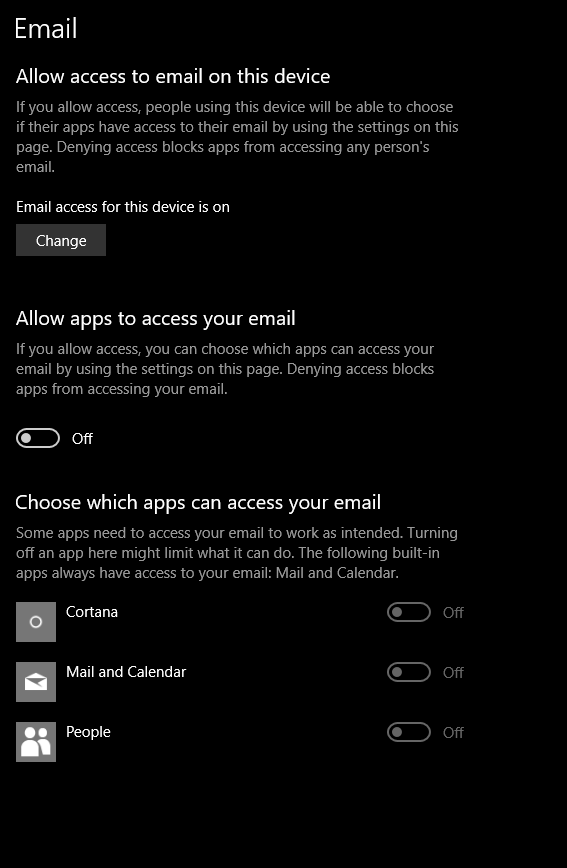 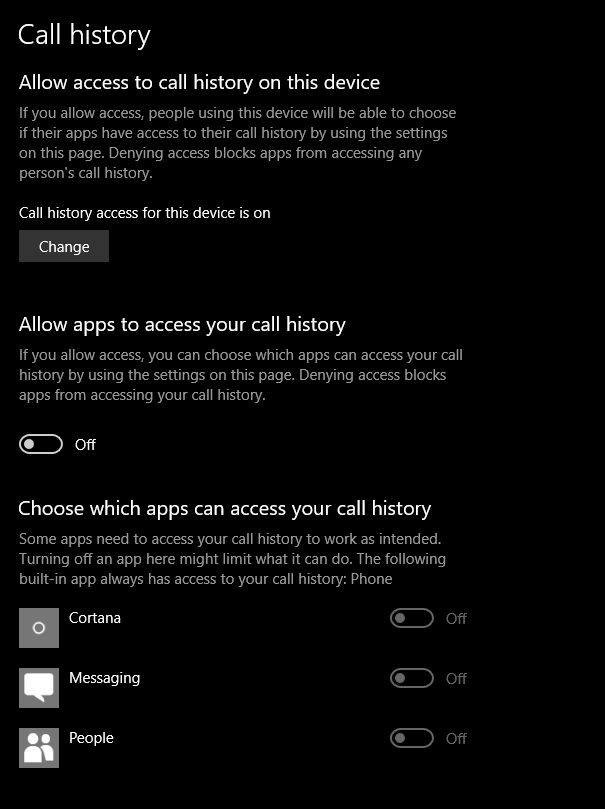 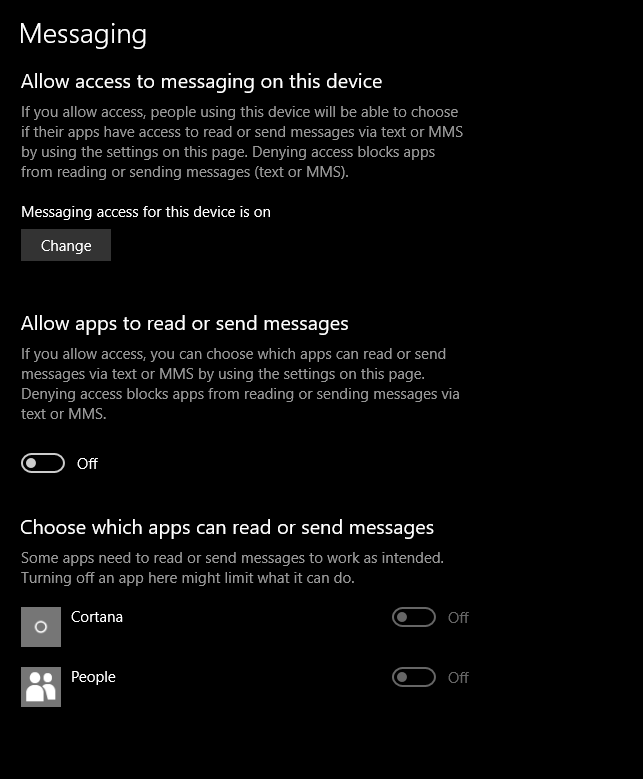 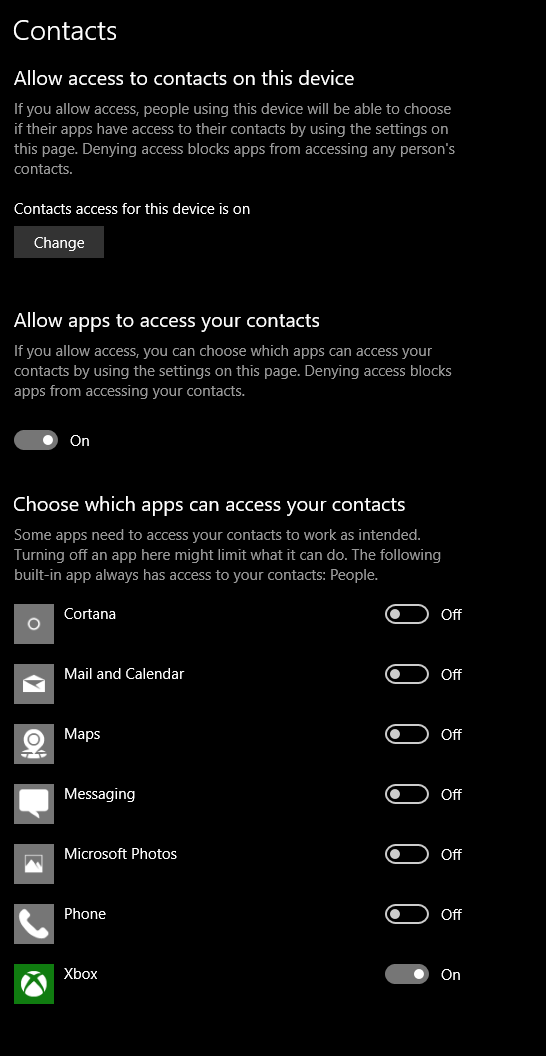 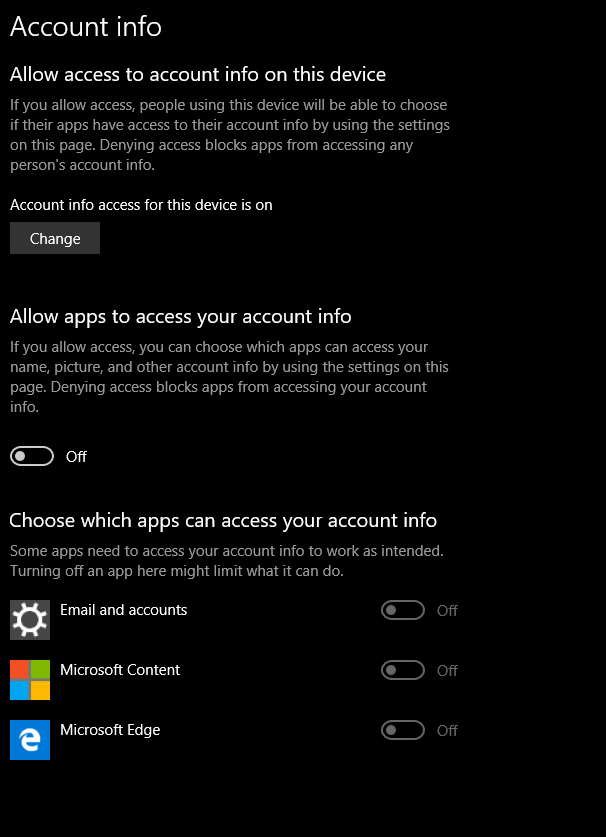 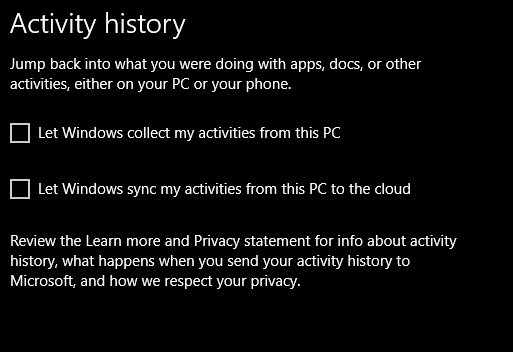 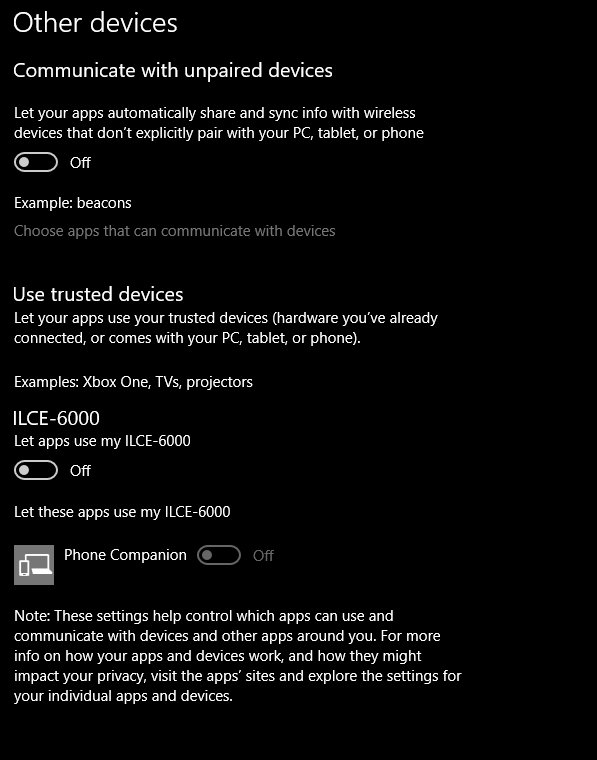 The two most important drivers you need to make sure are up to date are your cpu drivers and gpu drivers.

The following are programs that are recommend for Windows 10 for various things.

An open source video player that supports a wide variety of video and audio formats.

If you want to have a netflix type of experience with your personal media Kodi is one option. If your just making a media pc: Windows 10 Home and Kodi are a great combo.

If you want to set up a media server, then Plex with Windows 10 makes it pretty easy.

If you play any games on the PC, you should turn on 2 factor authentication for all of your video game launchers.

GOG’s video game launcher. This is used in connection with games bought on GOG. You don’t have to have GOG Galaxy to run most of the games but a few of that have online multiplayer require it.

Be aware that if you use ReShade and take a screenshot of a game then GOG will not capture the image with ReShade applied.

The old and ancient steam. Steam at one time was the place you could get games from EA, Ubisoft, and more. However those days of one launcher to organize and play your games are gone.

If you play and buy games from EA then you get Origin. It is a lot better than when it first started. However it still doesn’t have a way to take screenshots of video games you play.

Blizzard has make some good games. Battle.net is how you launch the games they have.

Uplay was awful at one time. However, that isn’t the case anymore.

Epic is the company that makes Unreal Engine. Unreal Engine powers a lot of the major video games. They are pretty new at selling games and missteps have been made by actions they’ve taken. If they succeed or not will depend on how many customers they get. The launcher is easy to use and you can install games where you want. However there a couple quality of life features that other launchers have that Epic doesn’t have yet.

Video Game Mod Management and Places to get mods

Nexus Mods is the place to get mods for many games including Skyrim, Fallout 4, 3, New Vegas, etc. Vortex is there newish mod manger. It can seem intimidating using it for the first time. Fortunately, Gopher has made guide of how to use Vortex. Gopher is a modder who got his start with Fallout 3. He created Immersive Hud or I Hud which if you play Fallout 3, New Vegas, Skyrim, and Fallout 4 are most haves.

Now not all mods are on Nexus mods. Another great site for get mods is Moddb, Many mods for older games are found here along with Standalone Mods.

ReShade is basically Lightroom for Video Games. It has come a long way from it’s early days. I do not reommend you install it on any multiplayer game. Just use it on single player games. There is a wiki for how to install and run it.

There are a lot of different Music Managers that you can use. It comes down to personal preference and features.

Foobar supports a wide gambit of audio codecs. You can customize the layout to how you want it. You can also use it to create playist for some audiophile music players.

MusicBee is similar to Foobar. It does look a little slicker out of the box.

As good as LibreOffice is, it still isn’t as good as Microsoft’s Office Suite. You don’t have to get the 365 version.

If you are a photography hobbyist then it might be worth subscribing to the Adobe Photography bundle. It comes with Photoshop and Lightroom. They do their job well.

Free Program that is kinda similar to Photoshop.

Free Program that is also kinda similar to Photoshop.

Free Program that is similar to Lightroom.

When you uninstall software on your pc, things can get left behind. Revo Uninstaller can find those parts and delete them. The free version is great.

Terracopy is a smarter way of copying files on Windows 10. It gives you more control and you can see what is being copied in greater detail.

Spacesniffer
Wondering what is taking up space and where it is? Spacesniffer can find it and displays it in an easy to use interface.

Handbrake
Handbrake is a video file type converter with a great amount of detail and control.

Sumatra PDF
The best reader for computer. Supports multiple formats, easy to use, and remembers where you left off reading.

The one archive opener to rule them all. It opens .rar .zip and more type of archive files. Best of all is it is free.

Notepad++ is a free sourcecode editor. It’s feature rich and simple to use.

Google’s Chrome has come a long way from it’s early days. It is ram hungry.

For those not wanting anything to do with Google. Firefox and DuckDuckgo as search are a great combo.

If you want to stream yourself playing video games there are two free options:

OBS is tricky to set up but it gets the job done.

Stream Labs OBS is a fork of OBS but it has more features and is a little easier to use.

If you are a gamer on pc then you might need to get a voice chat program.

Teamspeak
Teamspeak is working on updating their interface but their program gets the job done.

Mumble
Mumble is pretty easy to set up and maintain.

This thread will never have a meta discussion thread.

This Wiki will be maintained by the Admin, Moderators, and Leaders of the Forum.