I’ve been curious, how warm is that room kept? Any fans or airflow might cause issues with the ABS i’d think…

Well it is in an old industrial building and I think they have some kind of temperature control. I was there in winter, and it was around 28°C in there. They just said they save a lot on heating. Probably not so much on electricity.

Looks good. What software are you guys using?

This and does it run on linux?

What software are you guys using?

Probably one of the most popular free ones is Fusion 360, which is pretty great. If you don’t mind selling your soul to Autodesk and make less than $100000/year from the program you can get a free hobbyist license.

does it run on linux?

None of the above run on Linux. I believe some people on this forum use OpenSCAD on their Linux computers, and I’ve heard FreeCAD is decent. There’s also Siemens NX which is another extremely powerful CAD program, but it’s also obscenely expensive.

Yee I use Inventor and Fusion360 and thought that looked like Inventor but I was just double checking. Thank you tho!

I see peopel saying use Fusion360, but how do I afford that? I have used Fusion360 in the past, but the trail period never laste dlong as near as I can remember.

The only option today is: a free trial. Get a student account…except I’m not a student or even close. Or spend $60 a month…which sorry… is way too much. Sure, I can have my library pay that astronomical amount for a Fusion 360 licence, but we are a public library - I cannot think of a bigger waste of resources than giving AutoCAD that amount of money per-year.

I’m getting by with Tinkercad, MeshMixer, and some Sketchup 2016…all of which are FREE. So, am I missing something that AutoCAd is offering? Does the Fusion360 “trial” download not expire anymore?

You have to renew every year, but the Fusion 360 Hobyist/Start-up license is free if the company/organization (your library) has less than $100,000 in revenue for the year.

Hobbyists, startups and makers may qualify for free use of Fusion 360. Learn more about licensing and download Fusion 360.

Get really good with it and you can sell your soul to them too. 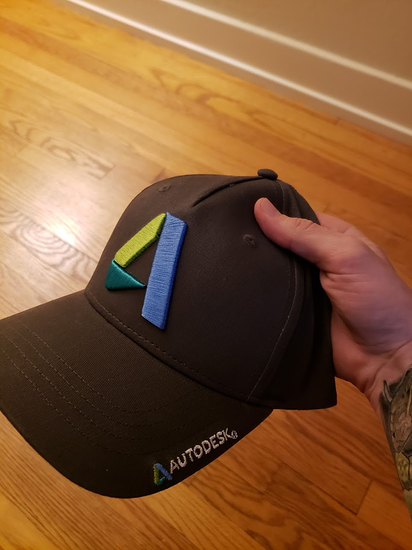 I saw the YT video about the filament box and after seeing it have come up with some suggestions. The desiccant will eventually saturate and will need renewing.

If you are a casual printer like I am, you could go with a double whammy job of active and passive moisture control. If you are aware of BigClive’s YT channel, he made a video of an active moisture control device that is low power enough to be called free energy. Then as a back up you’d have the silica gel desiccant inside if you ever have a power outage or transport.

Make sure to read up about the correct power supply and do it right the first time around.

PS: I have not done this myself as I am still tinkering with my printer to get it to print anything other than ABS. Cetus3D.

Very intriguing, thanks for sharing. If you do end up trying one out, it’d be awesome to hear how is worked out.

I added a new front panel, this one designed to mount a 120mm fan to the case. Nothing too special, but useful if not using a CD drive or the front IO. 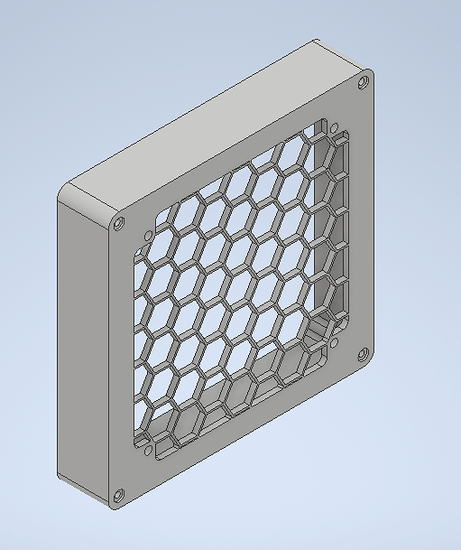 As always the Thingiverse and YouMagine links have the newest file: 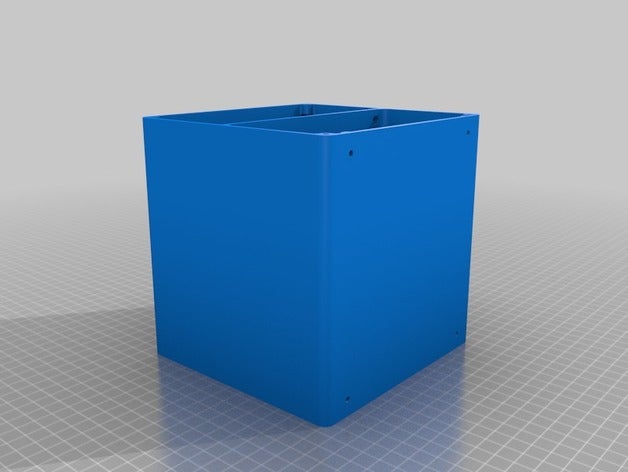 Part4 - an STX Case by wmeri 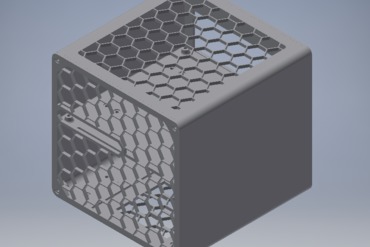 This is still amazing!!! Gonna just be Jonny I’ve myself I think lol

Do you still want a front panel that can mount a fan, but hinge open for the IO?

I think I can get model something, but I have no way to test its strength beforehand. It will also have to be a 120mm fan because of size contraints.

no, its perfect, it runs our tv system behind the news, its pretty awesome. its fine as is and hasnt overheated or done weird stuff.

it runs our tv system behind the news

I want to see it!
Any way to have it be seen in the background?

The case? It’s in the center of the background, in the latest news you can see it over Wendell’s shoulder.

Now that you mention it, I spotted it… Either I am blind or stupid, maybe both.