I think I've settled on the Zenpad S 8, seems to be the best overall especially with the display 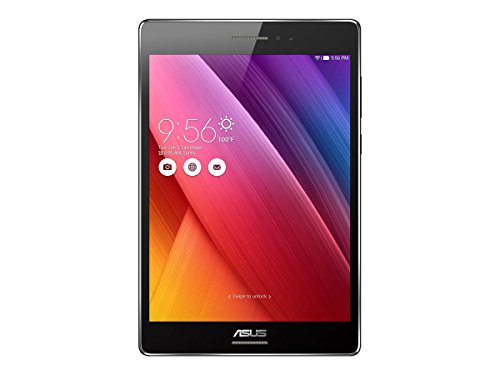 Keep in mind this is an expensive tablet that has never received an android update other than some minor stuff, at least that I can find. I would look at the Nexus tablets... Those seem to be the only tablets to actually get software support past a month after launch.

Not too worried about software updates, it seems to have a really solid screen and other hardware, that's all that really matters to me

It wouldn't have problems now but in a year or two know knows. Its on android 5.0, and android 7 is rolling out. It can't be supported forever.

I'm sure it'll be fine, I was using a android 4.x device for forever, I think even android 2.x is still pretty widely supported

and ordered, hope I won't have to eat my words, but overall it should be good, especially with that display

Wait 169$ is expensive? You act as if this is an apple device.

Kind of is compared to how cheap android tablets can be, but overall, ya, not too expensive given the specs

It's not. Modern Day Android Tablets run for $249+

The Nexus 7 is still an impeccable tablet for the money and you can find those for like $125 if you know where to look.

As for my thoughts about the Zenpad S8, it's a great tablet.. what ruins it overall is the software (ASUS's ZenUI is a massive turd) and it's filled with bloatware you can't really remove.. also it's worth noting there's really no custom rom support.

Honestly I would just be happy with just a IBM R51 Think-pad with Linux on it. Hey I rather play old school fps games on it. And it has a yellow led on the top screen so that you can see the keyboard in low light. And the yellow light helps with eye fatigue.

I found an X200 with a folding screen for like $130 the other day, seriously considered buying it

Nexus 7 is still pretty good ya, especially since it actually gets software support, but 3 year old tablet vs a 2015 model...eh went for the zenpad

This is a nice thread. This is what the tek is about. Or if you have been around long enough Raze The World is about. Goofing off talking shit about apple and other fun stuff.

The sad thing about the tablet sector in my opinion is because of the need for productivity all the tablets in the market are terrible. 7 inch tablets are almost non-existant, the last one to be made in recent memory was Samsungs Galaxy Tab A 7.0 with subpar specs. and the Nexus 7.

Honestly though if there was a tablet I felt it was worth considering it would of been this one.

I would. I think it is one of the last generation think pads that were actually made by ibm.

Kind of an expensive paperweight though, I'm about to get a laptop anyways, though I might resell it, it has an AMD A4-1200 APU, so....ya...that's the really bad part about it, and the TN display, it does run Civ V though

Why would you waste time reselling an awesome laptop. That is a keeper. I really want a ibm wireless keyboard to go with my home theater pc. Because it has the awesome track-point mouse. That track-point mouse makes it great for fps gaming on a laptop.If you are confused the red nub. Much better than the touch pad.

the AMD A4 laptop? It's pretty bad, pretty good battery life though because of the low wattage CPU I might just throw GNU/Linux on it, need to reinstall windows anyways, I upgraded it to an SSD, but it's slowed down a fair amount over time, can't even run Flash Videos without going full screen for GPU acceleration

the AMD laptop isn't a thinkpad

The thinkpad in question is here, it was much cheaper the other day though, might have been a different model