Should Web Browsers Have Built-in Video Upsampling and Post-Process FX like VLC player?

Having just discovered these features in VLC, I immediately thought of the countless captured video game videos that could benefit from this feature. I think upsampling, depending on the algorithm, could easily run on a web browser. Post-process filters should no doubt run easily too such as Debanding, Deblocking, Gamma Gain, and Film Grain.

An example of low bitrate 720p content with Upsampling and Post Process applied to scale in 1080p better:

No Upsampling and Postprocess #1 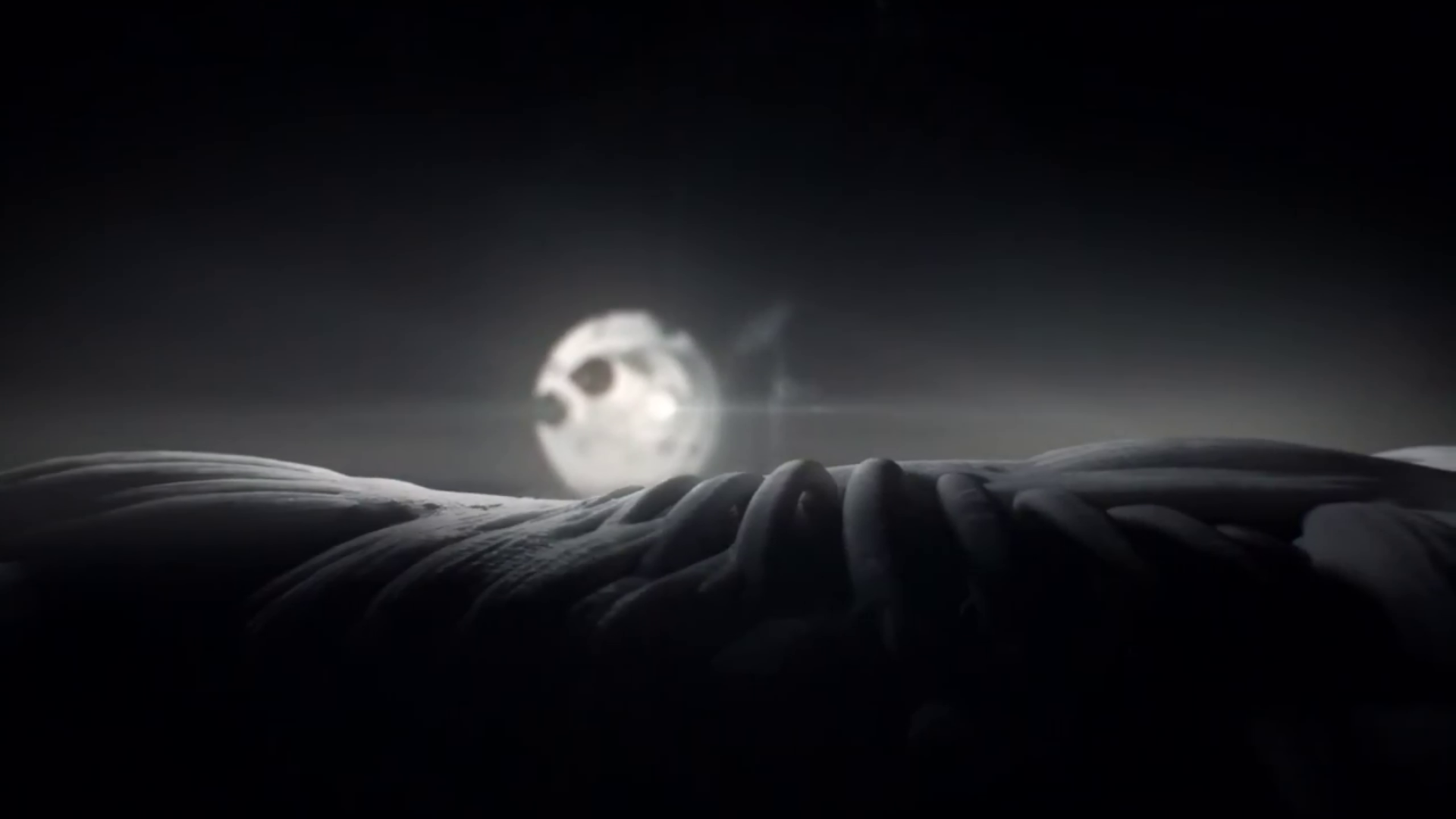 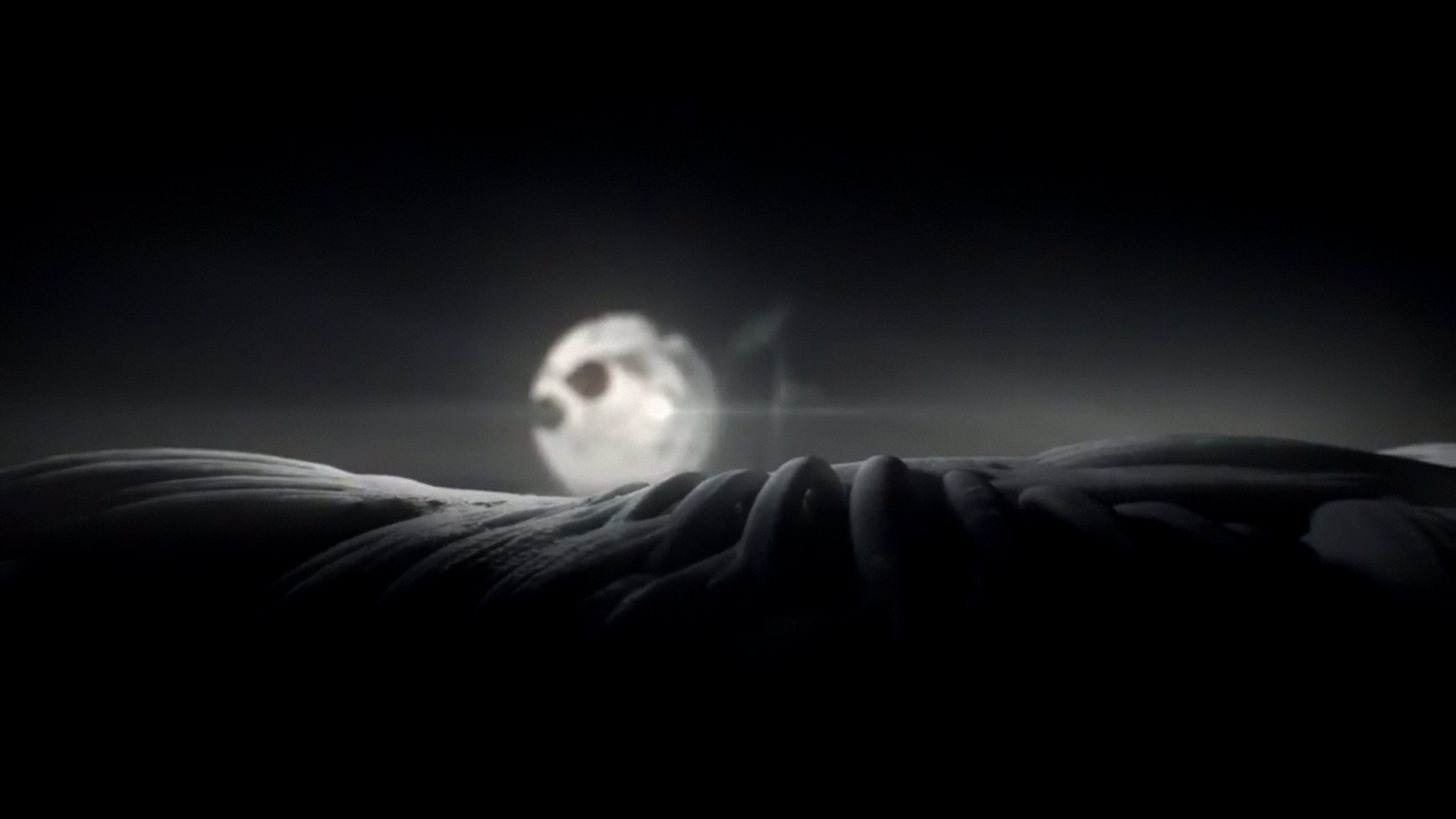 No Upsampling and Postprocess #2 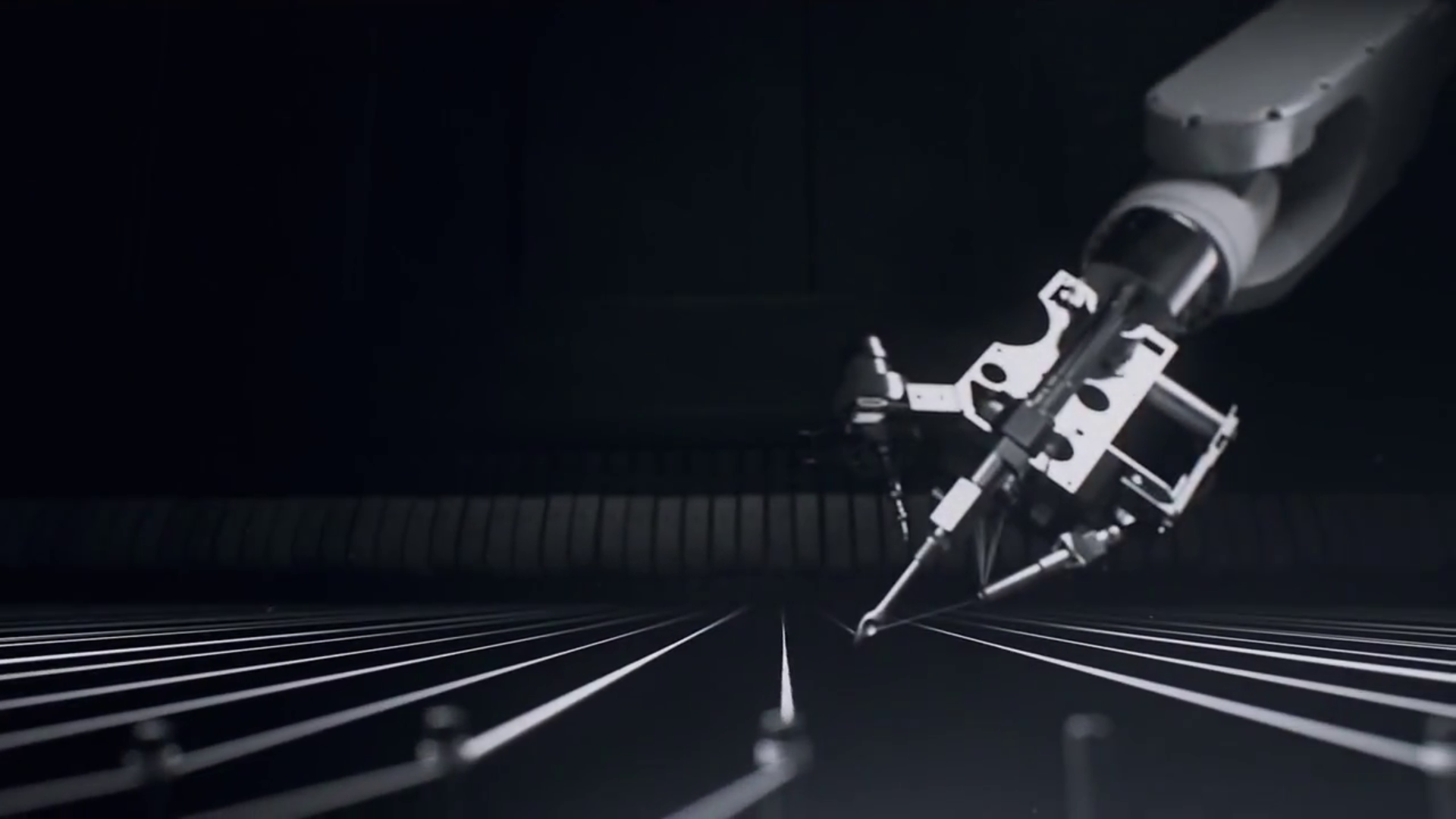 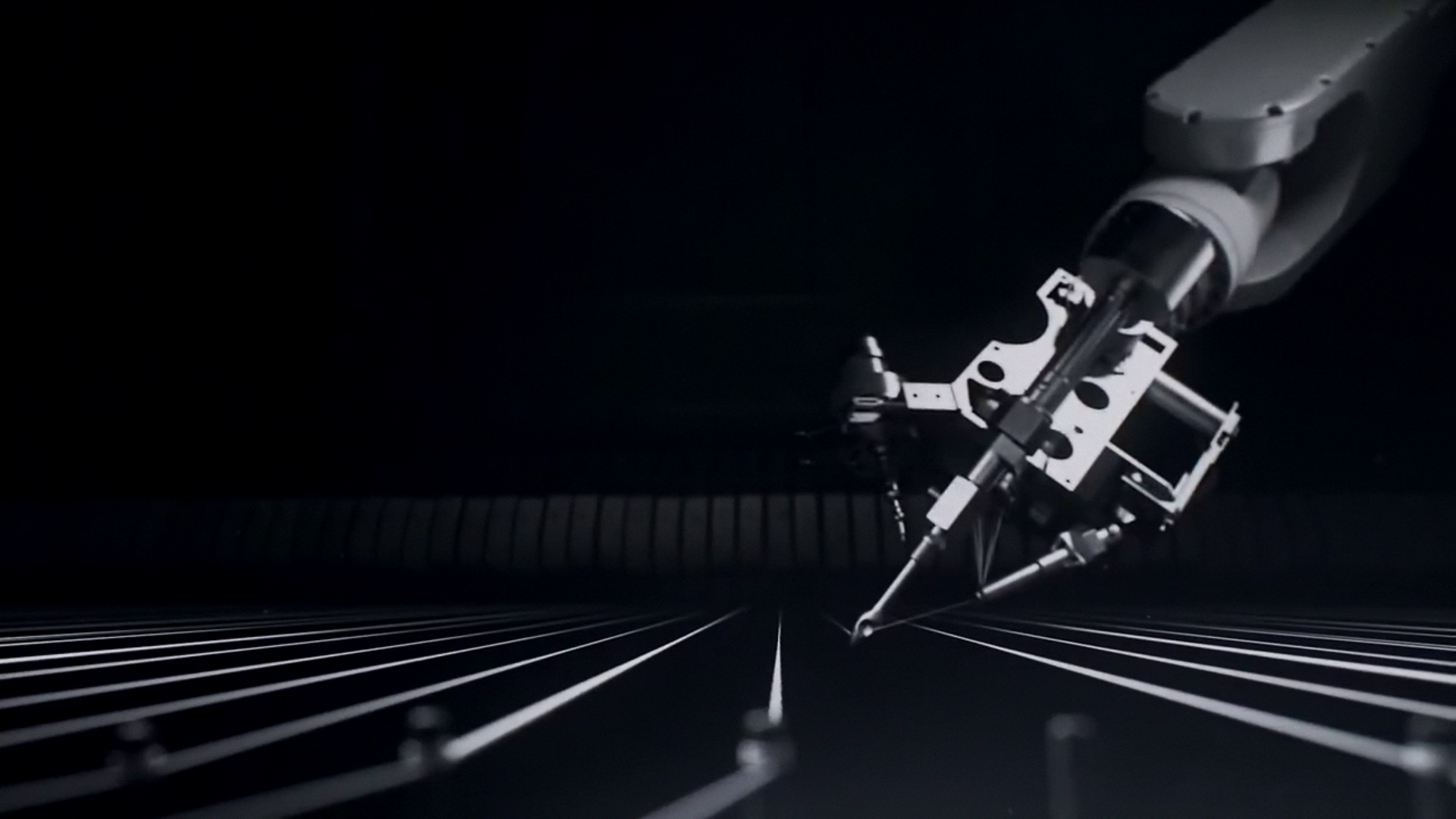 Since streaming isn't going to be as good as actual blu-ray disc anytime soon from Youtube, I think these features should come in handy for sure. Your thoughts?

I don't get it... all I see is loss in blacks and whites with increased contrast. Color temperature is also adversely affected in first pic.

Also westworld is a challenging existential narrative... I love it. I think it reminds me of the magic of the first Matrix movies.

The matrix movies....where those the ripoffs of old cyberpunk books/anime with heavy handed religious overtones directed by the Sisters that used to be Misters? (Who also may have stole the story from someone else)

And is westworld that 1973 a head of its time movie, with a realistic storyline (like how guns work in it)? Or is it that TV show that does nothing original and is good only due to the acting?

Also see no real difference, on topic, as @eidolonFIRE points out.

such a kill joy lol.

There is no joy left, no hope for you to hold on to. What you love is hollow and dead already. 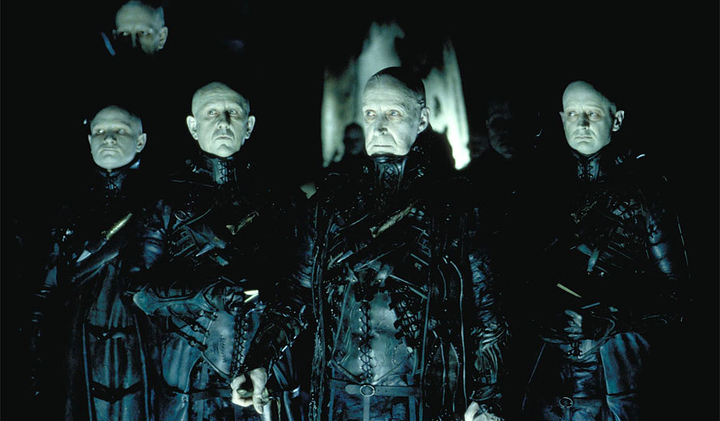 I used gamma a little to much, but for low bitrate content, the really subtle details in the dark usually exhibit the most annoying artifacts for me so I smooth it out with gamma adjustment.

I didn't know you could do that.

Easily got rid of the banding artifacts on AdoreTV's recent video. 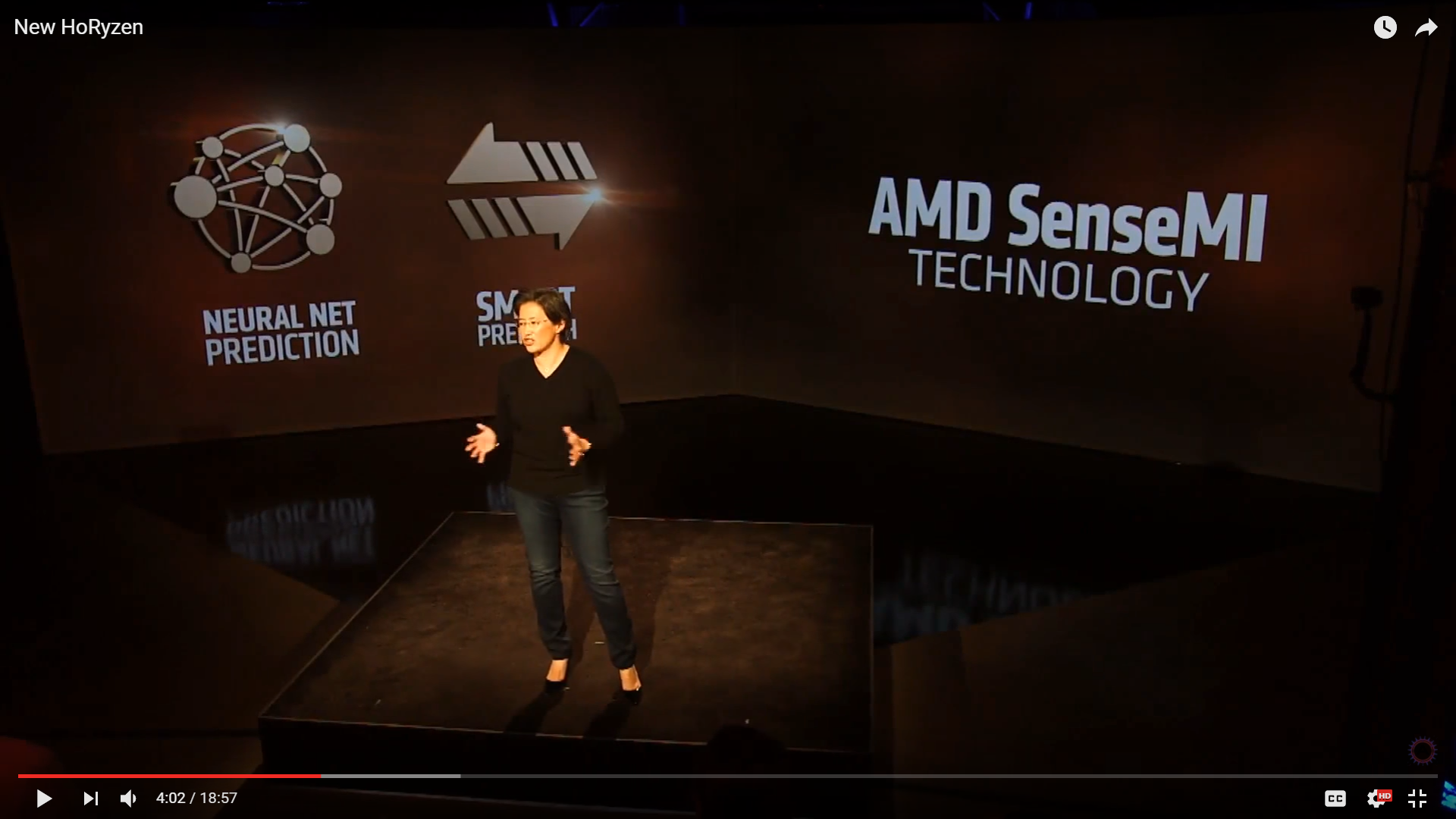 VLC with Upsampling and Postprocess 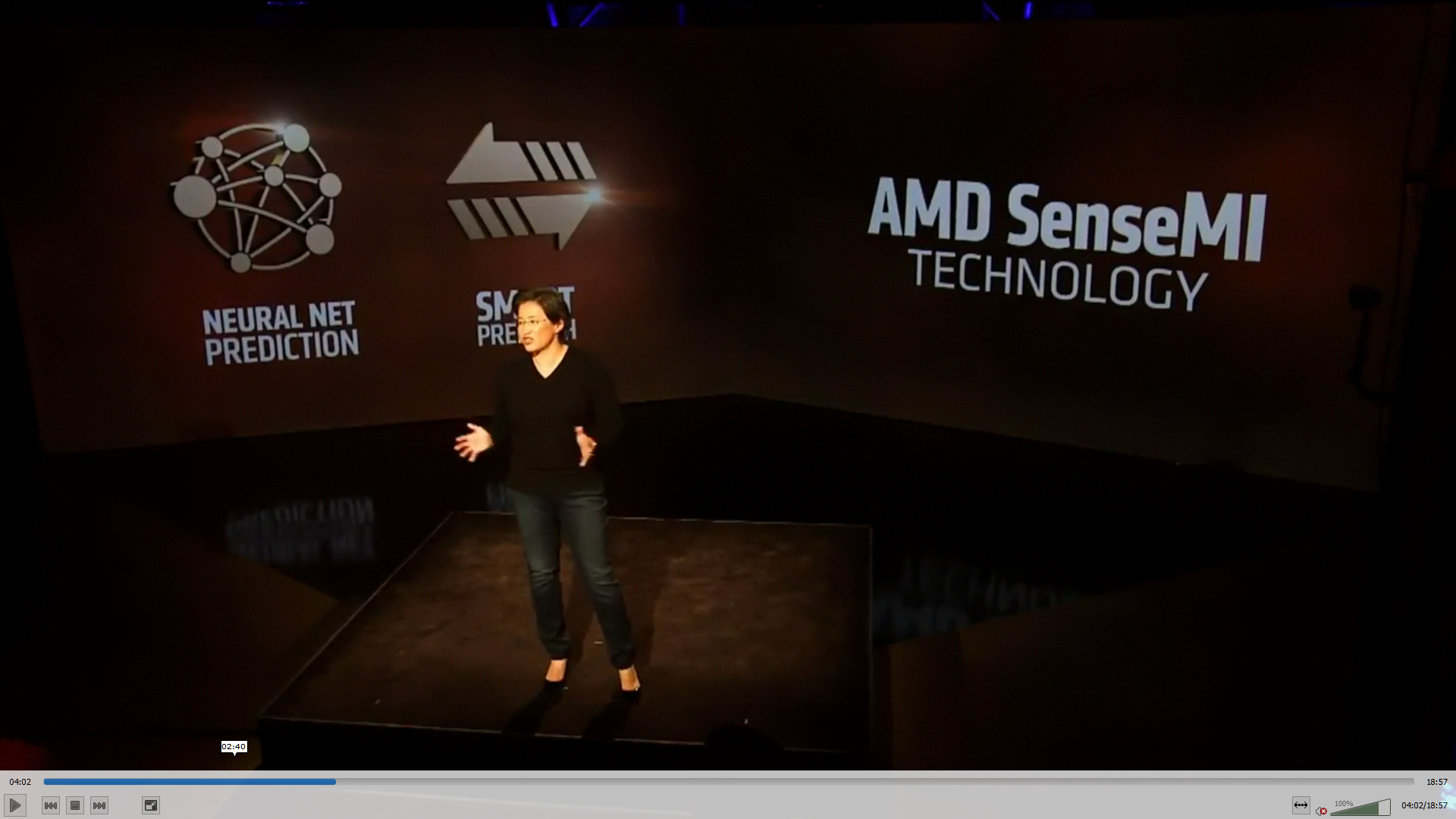 I like the results, but copying and pasting for every video is kind of a hassle and scrubbing/skipping through the timeline isn't always a smooth experience. I think everyone including, Google, could benefit from integrated filters in Chrome for their videos.

I wonder if that's something you could do as a browser plugin or if it's something they'd have to put in to their player.

I plugin is actually a great idea, although, it's beyond my knowledge. This postprocess filters were actually possible one one time with AMD GPUs, back before the Crimson driver there was Catalyst Control Center and it had a bunch of powerful postprocess filters for media playback. 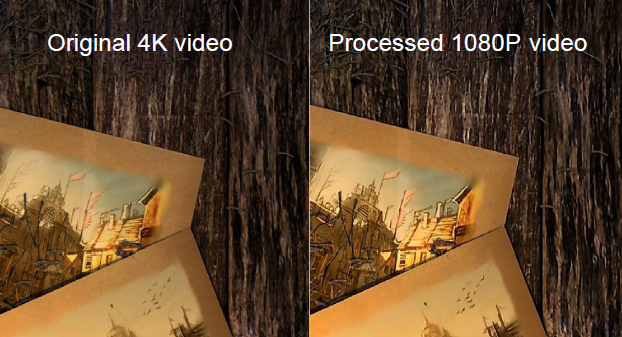 1080P Detail Enhancement
This feature improves the sharpness and clarity of compressed and low resolution content when it’s played on a
1080P display. The AMD Catalyst Omega driver brings this existing feature to AMD APU products.

1) Open AMD Catalyst Control Center (CCC)
a. Use the Preferences to switch to Advanced Mode, if it’s not already running
b. Under Video tab, choose Quality, then choose Video Quality
c. Place checkmarks in the Edge-enhancement, De-noise, Mosquito Noise Reduction and Deblocking boxes and apply your changes.
Play your video content
Below is a screen capture of the AMD Catalyst Control Center showing the settings tab to enable video
enhancement. 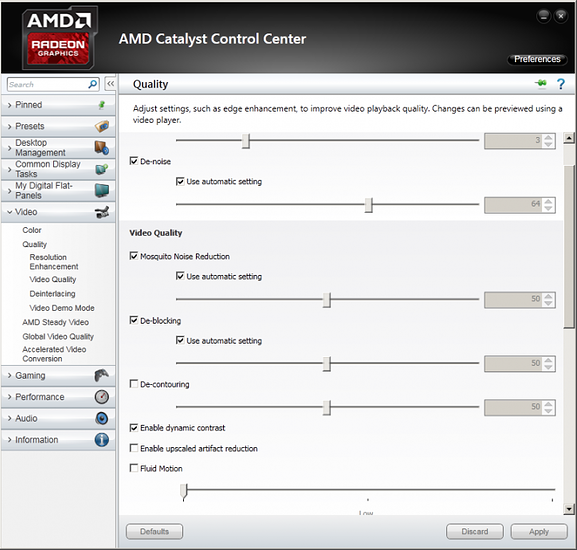 I don't know why AMD would remove these features in Crimson.

Yeah I remember that, although I never used it. I've been using madvr and svp for up-scaling and post processing.

Yeah I remember that, although I never used it. I've been using madvr and svp for up-scaling and post processing.

Speaking of plugins earlier, since VLC is an open source program, I think a VLC player plugin as an option for Chrome or Firefox would probably do the trick, one that could support HTML5 video of course. If someone just smart enough could do this. Although, I'm not sure if Google will allow it since they're locking down Youtube ever since Youtube RED came about. That's the great thing about the Video features of CCC driver, it worked on the GPU level so it didn't matter what application you're viewing the video.