YOUR FAVORITE FAN DISCUSSION! Suggest one for me to if you feel like it

I would like to hear everyone's favorite fans to use whether it is performance or simply because of cost and also if you could state your favorite fan size I know Noctua makes a great product but their colors don't match any systems which is a huge problem if your using a windowed case and you care about what it looks like.

I am currently using the windowless Fractal Define R4, so I never cared about color I was using Thermalright 140mm fans but the have the most awkward mounting holes that wont fit on radiators and most fan spots I had to make my own custom brackets to mount them in the top of my case. 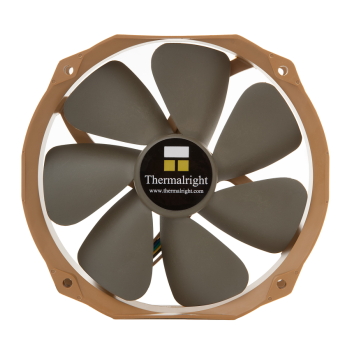 I truly like them the color matched my motherboard which was the main reason I got them and the have pretty good performance while being decently quite. I broke one of the fan blades when working on my PC and decided to give Noctua a try and instantly fell in love with them they are awesome. 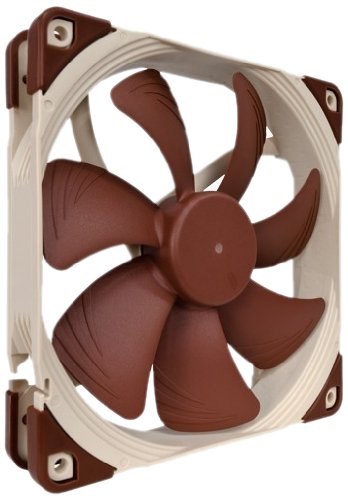 But if you've seen my other posts you know that I have decided to get a new case and I'm going to get a windowed case I'm leaning towards the Corsair 750D Air Flow Edition.

The Noctua can't be taken apart like other fans they are built this way and I don't want to use the in my new case, unless I might try the black Industrial ones.

So my reason for creating this thread is to not only see what everyone likes the best but to get ideas on different fans to use and why people like that particular fan.

On a side note if you would like to chip in and give me advice on fans that will meet the criteria it will be appreciated but not a must. I'm interested in 140mm fans, that are possible made to come apart so I can either dye or paint them if I cant find the color I'm looking for, the color black and purple is what I'm looking for, I absolutely do not like led fans at all, if the are UV fans that would be awesome. Noise isn't a big deal for me I'm mainly looking for performance to mount on a 240mm radiator in push pull configuration and to intake air into the case. From what I heard certain fans perform better than others when mounted to a radiator.

Thank You for sharing your responses looking forward to see everyone's preference when it comes to case fans and if you decide to add your 2 cents on what I should get Thank You again I am hoping for at least over 30 responses. To me these are the funnest threads where everyone gets to post what they like. 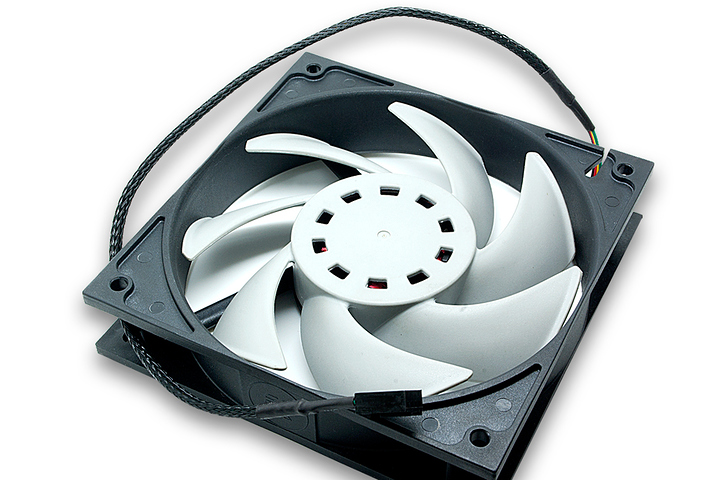 I like my brown Noctua fans, my PC wears them almost as a badge of honour. I have learned to embrace the brown!

Currently, I am sporting a mish-mashed collection of Thermalright and Arctic Cooling fans. I like Enermax as well.

NF-F12's I actually like the color scheme they use, Not sure of the model but I have a 140mm Noctua in my 250D to bring in air from the front. much better air flow then the 140mm that was installed from corsair.

I like those ek varder's but it looks like they only come in 120mm.
Does anyone have experience with Gentle Typhoon and Bitfenix fans. It seems I tend to hear a lot about them.

They are coming out with 140s soon

Yes they are easy to mod

Noctua's all day long, colour is nothing when they work as well as they do. I would love to see what came of the flocked fans and housings, I will have to follow them up.

That said I am really liking the NZXT FN-120's as case fans. Not sure if they are suitable for much else but they work well in the H440.

What do you mean by "flocked fans". I try to use only 140MM fans, I agree the color never bothered me before I am all about performance instead of aesthetics. But upgrading to a windowed case it bothers me now so I might wait and try out the 140mm Ek Varder's or just try the black Noctua industrial fans with a fan controller.

They had fans and housings where the blades and inner ring of the housing had a felt like material, flocking is the process by which Muppets also get that distinctive fur. The aim was to break up the turbulence making the fan even quieter and slippery as it cuts through the air. Not that Noctua fans need either of those but hey if it was quieter than they all ready are I would pay for it eventually, you know when I am loaded.

There was also other things I forgot about.

Active Noise Cancellation built into the fans... Yup that is is a thing but not available it seems.

But the flocking stuff is also in this video.

That is cool didn't know flocking was even a thing.

Not sure it has come to market, but I would love to get my hands on some, you know for... scientific reasons. Yeah that's the line I will use, firing up the email now.

Lol nope but I really would like some. I wonder if they would make one that incorporates the Active Noise Cancellation and the flocking, all wrapped up in Industrial PWM 3000RPM fans... in black... That would be the ultimate fan.

I 2nd that would definitely buy.

I only buy Noctua NF-F12s. I use them for airflow and static pressure. I like how they look compared to their air flow fans, and I like to have all matching fans in my builds. I actually think the Noctua brown looks fine in most builds too.