After being told via emails that my network was out of spec, I decided to rent an Xfinity XB6-T wireless gateway. Only reason I did this was to prove degrading lines that I am connected to.

Dont expect any stats pages of the gateway as I could not format them for a screen shot.

I am summing this up into sections after a brief summary about the device and setup. It will go something like, what I liked and what I didnt like.

When I got the device I had requested it on their forums and they sent it out via UPS, once received I un boxed it, and was surprised at how well and neatly it was laid out, they even included a return label If I decided to ship it back. Set up was a breeze, connect cable, connect a device with an ethernet cable, then plug in the power cord. No battery backup so you will need a UPS if you live in a town with constant power outages. I dont have many power outages and if and when I do, they dont last long. After the device was set up my insta regret went into over drive, the gateway had a noisy cooling fan that might has well not even been on it it got so hot. Anyway, back to the review. I used the self activation page they provided and talked to no humans. Then I was online. This device can also be used with their mesh wifi system, which I didnt get.

The device also has VoIP phone jacks, so if you need phone service and need to rent a gateway, ask for the XB6-T it has a Broadcom chipset and not the Puma 5 or 6 chips the battery back up older Xfinity gateways do.

Forget device lights, there is none but one a small white dot telling you everything is okay, set it and forget it.

Stats pages locked out and provided no user end readable stuff, just an option for setting up the wifi, and showing devices on the network.

Here is some pictures of the device. Ugly little thing. 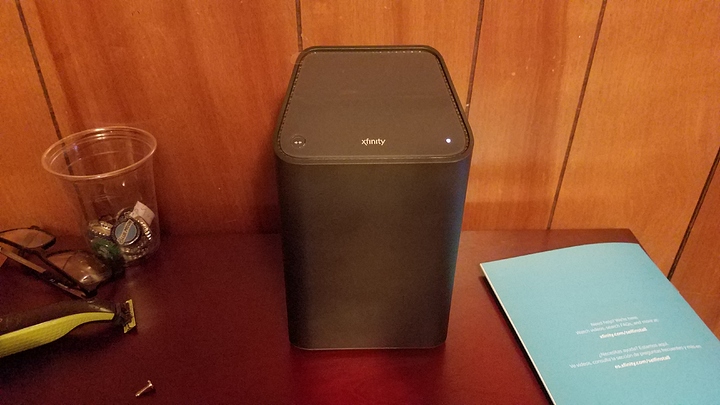 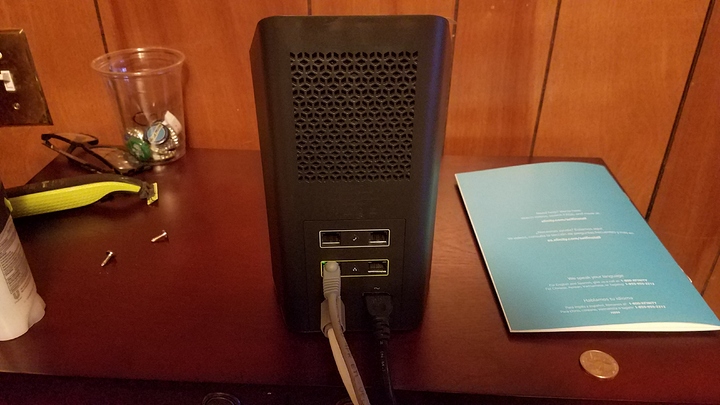 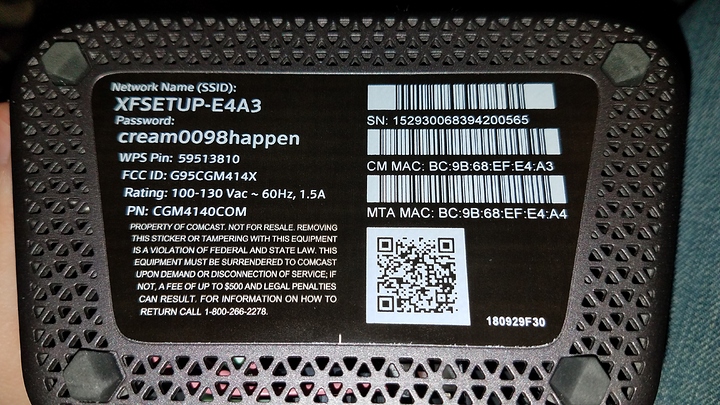 Upon further use, the fan was enough for me to send it back, plus the rental fee for it. Not being able to change my DNS provider was a deal breaker as well. I dont see why this thing needs fan at all. It also has a stupid design.

If you need VoIP service and is not a power user, rent it. But keep an eye out on the market for VoIP gateways or modems to get out of the rental fee.

looks like more of the same from comcast. great potential but the negatives way out weigh the positives.

Depending on your isp, they may give you the option to bridge mode it, I have the exact same one and its only purpose is to be a modem for my PFSense box.

As I suggestion, do recommend black baring out some of the more sensitive information like MAC address, serial number, PN, WPS, FCC ID, and potentially 1/2 of the SSID/Password.

does not matter he sent it back already.

As an update, Netgear has released a DOCSIS 3.1 gigabit modem with VoIP services. Factor in the price of 11 dollars a month for rental and you never owning the XB6-T. Buying your modem is still the better deal.

Netgear CM1150V NOT A MODEM/ROUTER COMBO dont yell at me for yelling. Most poeple seem to think its a combo. 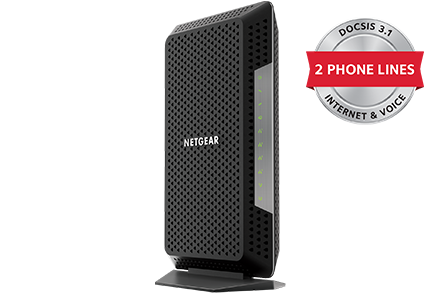 
It has 4 gigabit ethernet ports, and two phone jacks. Link aggregation may or may not be active on your current CMTS.