This is interesting. The Series S/X have a Developer Mode that can be switched in and out out and costs $20. Then you can run UWP apps, one of which is RetroArch which covers everything from MAME to Nintendo Wii and maybe soon PS1 and PS2… ON AN XBOX! 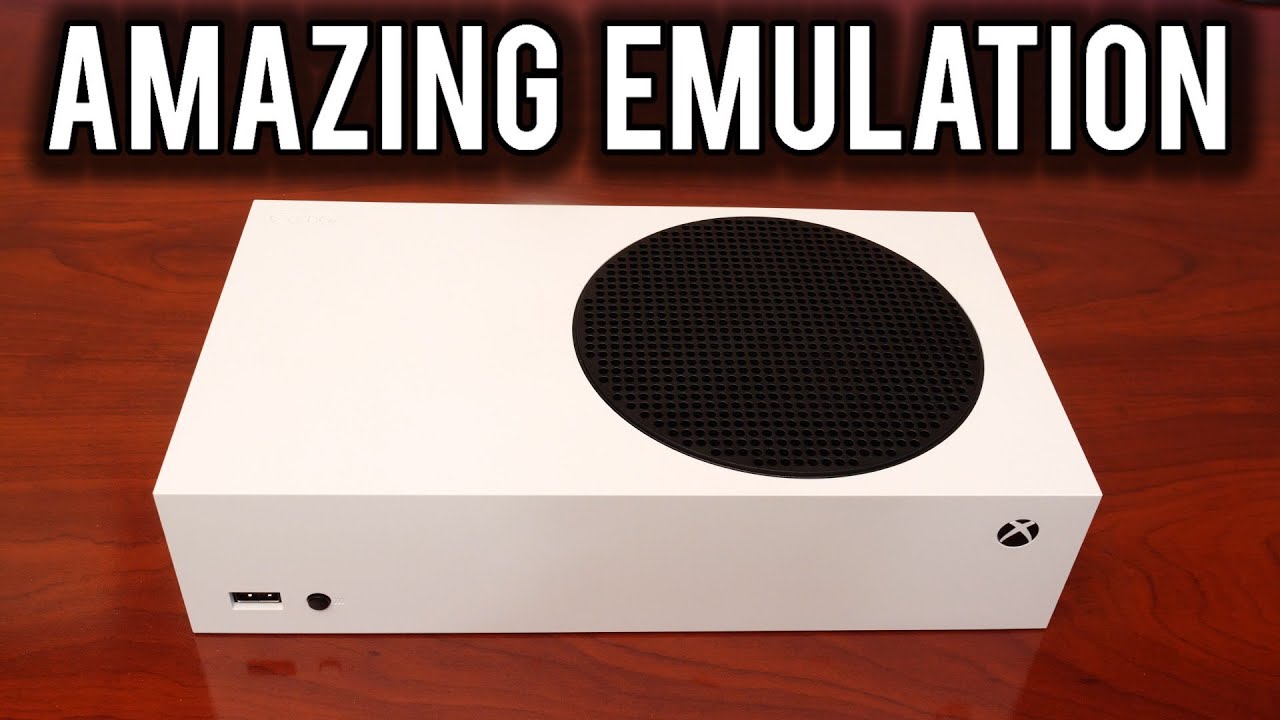 Edit: It can do PS2 now… Not perfectly but it can do it, an xBox running PS2 games, damn. 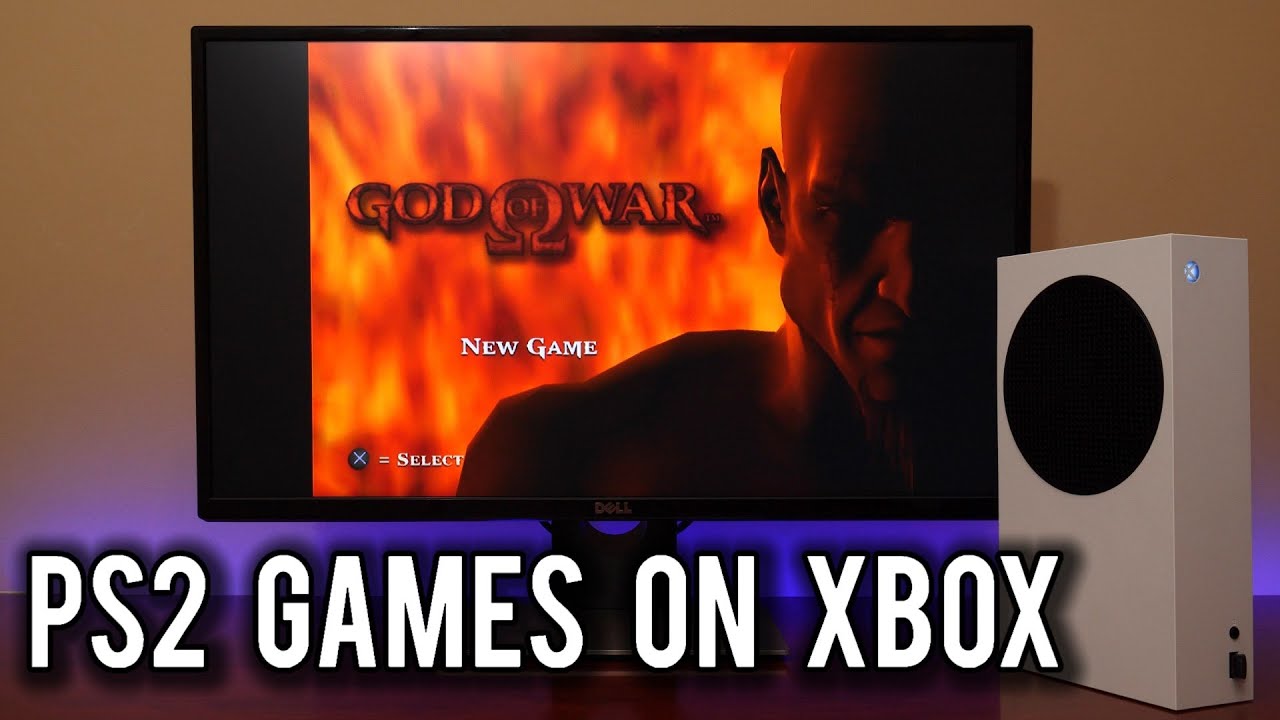 Edit 2: RetroArch article on how to set it up and potential pit falls

Interesting, especially considering the price of the machine!

Yeah and that it itself has xbox, 360 and One backward compatibility too!? Just wait for the storage mods and it will be a solid state gaming easy emulation box, not perfect by any means but works well enough for most people at home.

UWP is cancer. So basically for $20 the Series X can become Windows 10 S.

Why not run Cinebench UWP then?

Mr. Jackman, on his quest to finding something bad in anything anyone does

Anyway tho, Dev Mode has been around for a long time (which was mentioned in the video) and it’s one thing I really like MS doing.
Kind of a shame that the Xbox is better then PS in a lot of ways but MS doesn’t get any traction because they just don’t have the exclusives.

From a technical standpoint I can see why they use UWP only, just to sandbox the applications.

I’d be happier if they’d let you execute code that’s in regular Windows x86 binary form as we know it.
Mainly so that we could use Steam or Parsec on these machines.

RetroArch is fun and all but really, I have my Raspberries for that or stream stuff from my PC anyway.

Gotta admit, yes, I have a Node202 hooked up to my TV set also which does all the things anyway but having the XBOX Series doing just retro emulation isn’t too exciting for me

Because cinebench is a very exciting game…

@floppydrive yeah I get that and for us here who know about such things thats fine, but for the semi average user at home this could be great.

Most only want 1 box that does whatever task, this is pretty close to one box that plays all the games.

Granted, for a 20€ fee (I expect it to cost just as much in Euro as it does in USD to unlock dev mode) it sounds very exciting to have solid working 1440p capable GameCube/Wii/PS2/PSP/Dreamcast box.

And to be fair, this step is the only logical one Microsoft or any of the big three could actually do to keep the homebrew community at friendly distance.

I just have no clue if that’d be a thing to me.

Can you actually stream games from your Windows PC (or VM) to XBOX?

Can you actually stream games from your Windows PC (or VM) to XBOX?

Not that I know of no. And if you can probably.in no wag useful.like non available steam games streamed to your xbox

The 20$ fee to access it isn’t something I particularly appreciate, but is still an interesting option they’re giving the users. Still it will never be like the PS3 being able to boot a full OS that you’re ready to do anything with.
If I were Microsoft I would give the option to boot into a different OS while keeping the internal drive disabled AND encrypted to avoid piracy and security issues. Maybe even sell a special “dev kit” with an SSD pre-loaded with Linux.

Still it will never be like the PS3 being able to boot a full OS that you’re ready to do anything with.

Sony eventually backtracked on that OS thing (and loss a lawsuit based on that) because it turns out that’s a surefire way to lose a LOT of money. You can’t sell a machine at a loss to entice people to purchase software and then have companies buy large swathes of your machines and never buy software.

You’d be hard pressed to find a desktop more powerful than the Series S for 300 bucks that also has bluetooth/wifi. If this could also boot linux out of the box, Microsoft would be in the same position. And if it was booting an OS but only without using the HDD that would just be a confusing feature that would involve … boot from usb? And might actually be more difficult to accomplish than it sounds… for a confusing feature few members of their target audience would care about…

@mihawk90 have one that needs the firmware rollback and I still have the Ubuntu 8 Power PC DVD. How much do you think it’s worth for someone that wants to tinker with it? lol

@JDev Yeah, that was pretty sad. I didn’t mean to praise Sony and shame Microsoft, just noting how awesome was that option, even if they took it away.

If I were Microsoft

Oh also - contrary to the absurd misconception of a few living corpses - companies aren’t people. If you were Microsoft you would cease to have conscious thought.

@mihawk90 have one that needs the firmware rollback and I still have the Ubuntu 8 Power PC DVD. How much do you think it’s worth for someone that wants to tinker with it? lol

I don’t know. I know a few years back NASA was snatching them up on eBay for their PS3 cluster, but I doubt that’s still a thing

I have seen the original 2 models (CECHAxx and CECHBxx) go for 4-digit prices on eBay when they were in good and working condition, but not sure how often that still happens.

Also just looked it up, the Linux support was actually removed in the Slim version, so all Fat Lady PS3s have Linux support. I was thinking about PS2 Backwards compatibility (which only the A and B models have in hardware, C and E models are partly software-emulated).

Either way though if you have one in good condition and need some money, check prices on eBay.

That PS2 Backwards compatibility was hardware based emulation (a separate dedicated ps2 CPU and GPU on board!)… Native wireless controller + HDMI out without weird converters or mods for the PS2…

That’s where the value is at in those original 2 models. I actually think they’re less desirable for clusters than the later fat models (still inux support + lower heat/power).

And I thought that a lot of those gov projects shifted to the headless IBM blades with the dual processors whenever Sony unloaded their servers. You could get significantly more density as long as you could tolerate the jet engine noise level of the blade containers haha.

And still almost correct. Linux support was removed in FW 3.41 to all PS3s, fat or otherwise. If you stayed pre 3.41 you could use it, update past it and you need to find a way to flash backward.

It was found after that the slims actually do support OtherOS too just that it was never made accessible to begin with. With custom Firmware you could have full linux on the slims too, the smaller one again after that I think hard it hardware disabled.

But this is getting away from the topic.

I am henestly surprised this is not a bigger talking point. Yeah @MetalizeYourBrain it is a pain that it costs $20 but it is nice it is there.

Agreed. 20 bucks is an eye roll. But… running UWP apps provides some incredible functionality… I’m curious HOW well RetroArch will perform. I’ve got a Series X and might give this a test to see how well this works with some of the more intense cores.

He does show some limits of it on the Series S in the video so you can gauge yourself if it is better with the X.

I have no idea if the drive works, he did not demonstrate or comment on it, I would doubt it really.

Yeah it is a nice thing. Not saying it is the solution to all problems but I think it is pretty cool to be able to do. but I guess it is all or none for others.

If he was using a Series S that’s discless.

I’ll give it a go whenever I manage to find time to take vacation leave in December and report back how well it works.

I just can’t see how this would be anything but a GOOD thing having cost/performance machines this powerful able to run SOME software outside of the walled garden.