Hello all, I’m wondering if I’m running into a bottleneck with PCIe 4.0 running from the Chipset on x570. I’m running a Windows 10 VM and on my VM, I get speratic sluggish performance in games, especially with I/O updating in games, like when new entities are loading or a new chunk is loading. I’m fairly certain it’s because I’m running the GPU, NIC and USB Card on the Chipset and the NMVe Drive on the CPU. So, with all PCIe devices and the Chipset running at PCIe 4.0 and over x4 lanes, is it really the bottleneck?

The 1080 is a pci 3.0 card, so you’re not running it at 4.0 despite the feature being supported by your motherboard.

Since the latency is intermittent I’d look at other things your host OS might be doing. Run the glances app or something else like htop on the host in a window from your guest, and see if you can recreate the lag, watching for something to get flagged.

I’m guessing you can’t swap your GPU slots to determine if bandwidth is an issue? (Although I doubt it is since PCIe 4.0 x4 ~= PCIe 3.0 x8, which is plenty for GPUs

Yeah, I can’t swap slots as the BIOS doesn’t have an option to select the Boot GPU slot. I tried to have Xorg select the boot gpu, but this didn’t work because the BIOS is blocking it. From what I’ve read, only Gigabyte allows this option. I’m looking at upgrading to Asus PRIME x570-PRIME which the top two PCIEx16 slots are connected to the CPU at 8x in dual mode.

PCI 3.0 at x4 throughput is roughtly 3900MB/S, as @gordonthree mentioned gtx 1080 is PCI 3.0 and lesser. For this configuration 8x transfer rate would be minimum Maybe an issue unreported and could you some investigating and patched via software or an AMD agesa update (especially on the x570 platform). I have a 990fxa gigabyte board and the gpu boot option is great and always a welcome mainstay within the brand. (Asus is hit or miss in this regard and may only support this feature on their WS [workstation] line of motherboards)

Thank you all for the replies, but I think the point being missed here is that the 1080 is in the second PCEx16 Slot and running at x4 which IS NOT RUNNING THOURGH TO THE CPU, but to the chipset! The chipset is running at 4x, @ 4.0 speeds to the CPU, so only x4 lanes are going to the CPU. I think the bottleneck is the fact that I have not only the 1080 running on the 4x lanes from the chipset to the CPU, but also the NMVe drive, the 1GB NIC and the USB PCie host card. All these devices look to be fighting for a path to the CPU to be processed. This I believe is the core issue.

Is a 100MBit jack connected to a 10GBit switch faster too?

On the other hand, a B550 chipset is routed all through the chipset 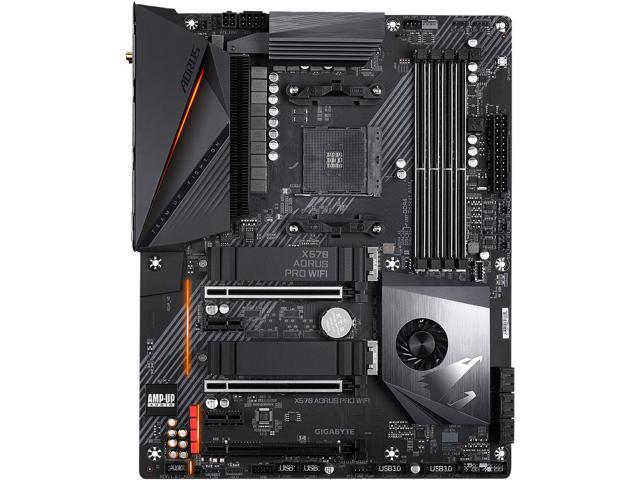 Thank you for the reply, I understood the issue and the point you were making. And that’s the board I’m looking at to replace the Asus x570-p, but my flatmate has an extra Asus PRIME x570-Pro https://www.newegg.com/asus-prime-x570-pro/p/N82E16813119196, which the top two PCIEx16 slots are connected to the CPU at 8x in dual mode. I might try the Prime first to see if it indeed does fix the issue as I believe it will.