ok so i have like 6 hard drives
and id like to put up my steam library onto the home network for all the other users to be able to copy the install files and whatnot because of our shit internet.

as it is now, if you navigate to my computer in the network,
i have common common 2 common3 common 4 ect
and each one has the games from each drive seperatly

im just trying to have a nice consolidated network share folder that only has one folder, steam library.
(not to mention the same thing for like tv shows folder movies folder comicboocs folder games folder ect)

So you want to make a shared folder on your PC. 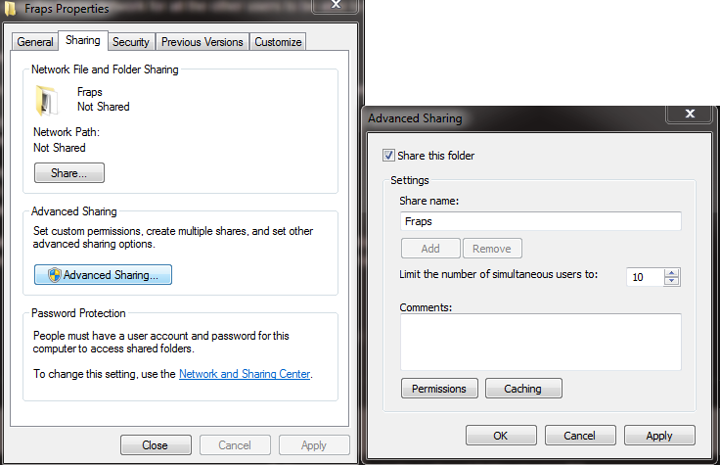 Next you want to add this as a share onto another computer so go to 'Computer', right click, and then 'Add a network location'. Hit next, choose a location (browser your network for your shared folder), next, next and then Finish.

If you want multiple combined folders your better off using a large HDD and having the whole Steamapps folder there rather than many spread out.

thank you , i have everything shared already.
the issues were getting multiple folders off of multiple drives to view as a single folder on the network

If you want multiple combined folders your better off using a large HDD and having the whole Steamapps folder there rather than many spread out.

single drive dedicated to just steam is out of the question, there is just too much junk.
some is on one ssd, some is on another ssd, some is spread out over 3 hdds

what i need is a way if possible to merge those network folders into one.

There's a couple ways to do this on linux, but I don't know about windows. The first way would be symbolic links, but that probably wont work the way you want it to. The second way that I could think of would be a union file system/union mount. So look for the windows equivalent for a union mount or union file system.

I'd have to agree with @Cuboid, one drive large enough to house all your steam files in a common directory is about the only way, I'd also recommend copying the files to the large drive instead of moving them just so you have a backup.