Windows encrypted files for games downloaded from the windows store

Last night there was an update for Microsoft Flight Simulator 2020 and my friend and I downloaded the update at the same time; but my PC did something that his didn’t. Getting into the game was normal and there was no problems. but I found out I couldn’t access my liveries and enhancement mod that I added/used in the game that were made by the community. My friend also has these mods but he was able to access them after the update so I was wondering what happened, windows creates a ‘WpSystem’ folder to put windows store games in; and almost every folder has been encrypted (my Friends folders did not get encrypted but he uses the steam version so IDK if that made the difference). I checked all my other folders and other drives and only the windows store files in WpSystem are encrypted. 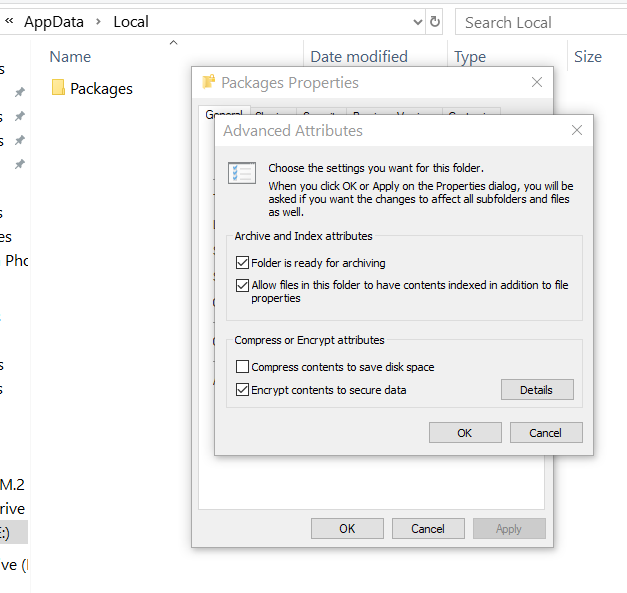 After this everything is encrypted and I believe that’s why I cant access them in game.
I can delete and move encrypted files around the drive they’re in (including non windows files like other game launcher files in the same drive) but I cannot move them out of the drive like for instance to a folder on my desktop, otherwise it gives me this message: 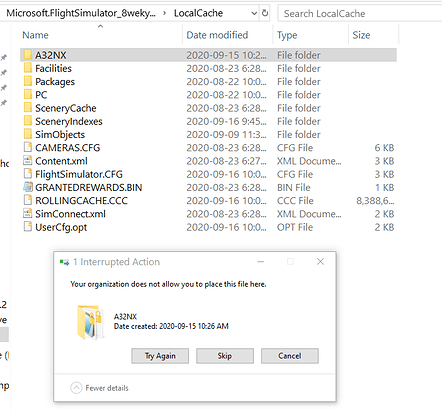 Looking at security and permissions this is what it says; though I’m missing special permissions which I dont know if that is supposed to be checked off. 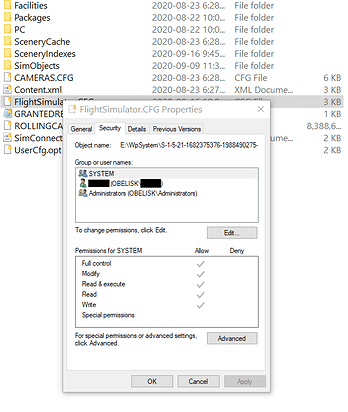 Trying to remove the encryption on anything has been unsuccessful and results in this message:

If anyone has any recommendations or knowledge on why Windows did this to me and not my friend, and/or a way to remove the encryption then that would be most appreciated. However the game still works without the mods so its a shame to lose something others can do but im not totally locked out of the game so its not a total loss if this doesn’t get solved.

From what I saw over on https://forums.flightsimulator.com it’s somthing that Microsoft Store does to the Premium sceneries and planes. I have the Steam one and it doesn’t do that shenanigans.

Dont know why it would do that as I am using game pass atm with the basic game package, didnt buy any dlc or addons so its odd that it encrypted everything after the update but not before it. I guess ill just buy it on steam and hope that it does something to prevent this mess.

Edit: someone mentioned this: “Those files are actually not there. The encryption system Windows uses for gamepass stores everything on an encrypted image and extracts/reads as needed either in memory or virtual memory/pagefile.”

So it does seem to be linked with gamepass as it encrypts files… which is a bummer for anyone who decides to use gamepass as a permanent gaming solution. yet another reason to hate subscription services.

Edit: tried playing again with the mods removed aaaaand the game is busted now, wont work and cant start a plane up anymore… cant even verify the game integrity like steam.
MICROSOFT YOU DONE [email protected]#ED IT UP.