Will I need a laptop with a graphics card in it?

I'm going to start studying Computer Science in university this year, I would like to get a laptop, with 'z' laptop I plan on installing a more lightweight OS than standard, something more like Elementary OS. I plan on learning to use development applications such as Vim, I'll also make use of nice and simple applications like Atom(web development), Eclipse(Java), etc.

Anyway, purely for my course work, would I need a laptop that has a good graphics processing unit, I'm not looking to invest into something really expensive, just something that'll do the job and something reliable. Something similar to this product:
http://www.pcworld.co.uk/gbuk/computing/laptops/laptops/toshiba-satellite-l50-c-12v-15-6-laptop-white-10134427-pdt.html

Although, I would like to invest into an Asus laptop, simply because I like Asus products and I know their laptops are able to actually stay cool, even after years of use, as my close friend has one and has had it for some time now. I would consider investing into a Chromebook, but they seem a little bit weak in terms of storage, RAM and the typical CPU's that are included. I think the above product would be more than suitable.

Any advice or suggestions would be appreciated.

Concern yourself more with cpu and ram amount. GPU will not be that important for your computer science courses unless you are doing 3d modeling or game development as side courses. ASUS laptops are a fantastic choice for what you are going for - or I know HP allows you to customize your specs, which is what I did for my laptop.

Also, I would not advise a chromebook. For my college laptop I dual boot between Ubuntu GNOME and Windows 8.1. Typically there will be a course on C at some point and they will really want you to use Visual Studio, so just something to keep in mind - also just for general compatibility.

That's exactly what I am more focused about, the amount of RAM and the CPU that'll be used, but I was wondering if a dedicated GPU would be needed or if that would be a bit of an over kill?

The only thing that worries me about HP is that I bought a HP laptop 3 years ago and the cooling solutions that are being used or were being used, they're awful, I mean if I were to touch the VGA port, it would nearly burn to touch.

To be perfectly honest, I was thinking about scrapping windows off of my laptop all together, I've used Visual Studio many times, I'm not a big fan, it's okay for RAD development, but I would like have total freedom. I am keeping in mind compatibility, hence my choice of Elementary OS, it's a fairly well supported distro of Linux and it's quite lightweight too, I've done the research on that side of things.

I will use Visual Studio if I have to, but I like making things from scratch like I do with my web development, I build everything that I use for work, all from scratch, I don't use any frameworks or pre-built applications other than the occasional JS plug-in and jQuery, but that's about it.

Do you know if you need open CL or Cuda? If neither, than you only need a GPU if you want to run games well, otherwise any old APU laptop should fit right within your budget if you can find one with a decent display.

Also you should toootally specialize in either programming or computer engineering rather than the general nature of comp sci.

Although I did find this, which has a dedicated card on the cheap, and it's from lenovo, so just wipe the hard drive once you get it. it'll have a really nice keyboard though, it even has a 1080p screen, why are laptops in the UK so much better than what's in the US for AMD laptops? 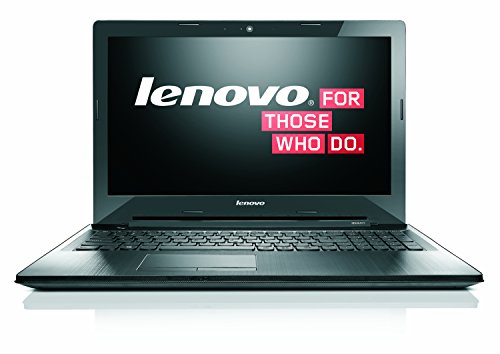 The Lenovo Z50 is a slim and light multimedia Notebook with an integrated DVD drive and Dolby-enhanced audio. Full HD display, powerful processor and the latest graphics provide unparalleled multimedi ...

Then yeah, you will not need a dedicated gpu, the built in intel graphics chip or whatever will be fine. Regarding HP, their cooling solutions have gotten a lot better, the one I have now is the most quiet and cool laptop I have ever used.

I find it really impressive that you don't use frameworks though, i'm guilty of using socket i/o and express with my nodejs development and I have a hard time escaping them, haha

Ultimately it just depends on the college. I know mine only has Computer Science and then Networking/System Administration, tech education is kind of generally a mess lol

I don't plan on running games, for gaming, I'll just make use of my desktop, hence the GTX780, but thank you for the suggestion. I do not know if we'll be needing CL or Cuda, but I don't think we will be needing them, I can't say for certain, however.

Personally I plan on specializing in theoretical computer science, looking at issues such as P VS NP, that's the type of road that I'd like to go down. Possibly doing a bit of HCI at the same time, like how the human eye tends to pick up numbers more easily than actual characters, or so I've found.

One problem with that laptop, Lenovo, don't they have a lot of adware and spyware built into the firmware? I'm not sure they're better, from my own research, computer goods in America are cheaper, it's just the same numeric value.

I've learnt a lot in a very short space of time, I've even competed in competitions for web design/development, and I can confidently say that I love CSS beyond belief, some of the things I can do with CSS, I can make it nearly use actual logic, so that it's nearly an actual programming language.

I do need to work on my server side skills, I must admit, I haven't had the chance to work with server side projects until very recently, which is upsetting. However I would love to develop my PHP, MySQL and possibly Python and Java skills too, but for client side, I'd say that I'm more than confident.

I'm not sure they're better, from my own research, computer goods in America are cheaper, it's just the same numeric value.

It is next to impossible to find a laptop like that here for around the equivalent price, almost no AMD laptops come with decent displays around $500.

No gaming at all? Then ya stick to intel, maybe find a laptop with a 360 hinge, those are pretty nice

I think you got the message not to worry about high-end graphics. I doubt even if you end up doing a graphics module that the school would expect you to have a fancy card. You could argue that anything out of the ordinary they should provide the kit for....

It sounds great that you've been able to do everything from the ground up but remember to use your time efficiently. Find stuff that works and is well written, maybe tweak it if you need to and then live with that. Life's too short to write everything from scratch and when you make it through to non-academia then you can't re-write everything for everyone. You can try but you'll just burn yourself out...

Enjoy the course. Sounds like you'll make a good developer :)

No gaming at all? Then ya stick to intel, maybe find a laptop with a 360 hinge, those are pretty nice

No gaming at all on my laptop, no, I feel there's no need, not for me, personally.

Enjoy the course. Sounds like you'll make a good developer :)

Hell, I hope so, although I would like to go into research, that would be ideal for me, that's my major goal, carry out research, I would LOVE to do a PhD in Computer Science, just learning about computers, it satisfies me beyond belief. That is a big part of the reason why I develop pretty much everything that I publish, I like to challenge myself and I like to learn more and more, all of the time.

then it's just me, but I'm a fan of gimmicks, especially ones that can be useful, so I found these, they can both fold flat into a tablet mode. Just that one has an A8 APU, and the other has an i5 in it

performance wise the i5 is probably going to end up a bit faster, but the APU has a better iGPU, which is going to help if you ever need open CL, but it's up to you, personally I like the idea of a back up machine capable of gaming, in case anything happens to my desktop. 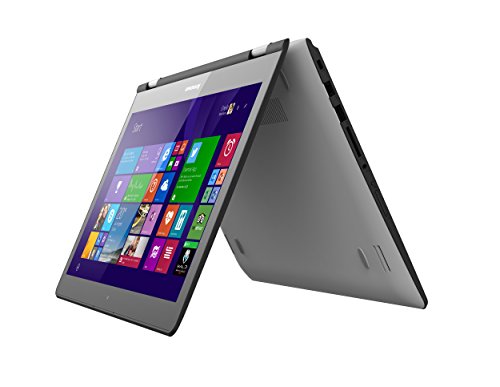 The YOGA 500 provides 360 of flexibility at an unbelievably low price. Whether for work, play, or something in between, with 4 modes on offer (Laptop, Stand, Tent, Tablet), the YOGA 500 adapts to you ... 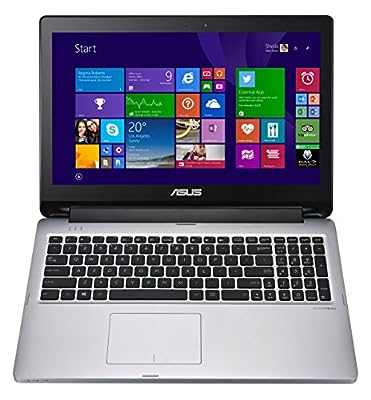 At ASUS we always start with people. We put what people are thinking, feeling, and doing at the heart of our work, translating these insights into meaningful designs for inspiring experiences. ASUS Tr ...

then it's just me, but I'm a fan of gimmicks, especially ones that can be useful, so I found these, they can both fold flat into a tablet mode. Just that one has an A8 APU, and the other has an i5 in it

Yeah, call me old fashioned, but I think the folding or 360 feature is rather ridiculous, I mean why on earth would you want to screen to fold behind your keyboard, practice typing without looking at the screen or keyboard, fair enough I guess.

I use the touch screen on my laptop a fair amount, it would just make it easier to use it sometimes, since it can be propped up better, and if it's sitting on a desk it can bring the screen closer to you if it's folded back.

Personally, for me, I think it would just slow down my productivity, I have quite stubby finger tips, so typing on a touch screen can be annoying for me, I'd much rather a keyboard, every day. But you raise fair reasons as to why it would be a nice feature to include, it's just something that's not for me I guess.

Yeah, again, neither are applicable to me, I don't own any e-books and for websites, I'm fine with the landscape mode, although the portrait feature does sound really nice, but I wouldn't go and look for a laptop that has a 360 feature.

well otherwise I'd say stick to lenovo, the adware isn't difficult to remove and their keyboards are still the best on laptops, unless you could that 3k laptop with a mechanical keyboard.