Lets get this straight, I am god damn insane. Only an insane person would want a CRT in the modern day and there is no reason anyone in their right mind would want one, right?

I'm a quake player. I have said this before and will many more times because, as established, I am nuts and need to validate everything 8000000 times a thread. I miss, personally, a nice CRT. The borp of it turning on, the arm-breaking movements to turn around with the 0 MS latency, the clear image and color depth.

So I ask you nutjobs, are there new CRT displays? Are there 1080P ones around 30 inches? 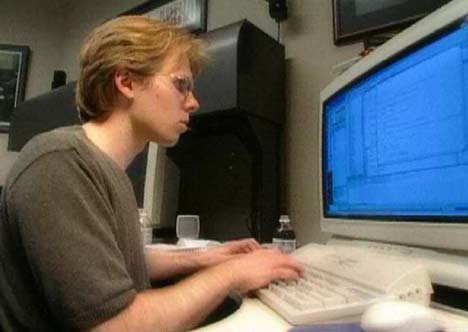 New CRTs are highly specialized now and rather expensive, though I do wish someone would make a 40" 4k, flat, slim CRT, running at 144hz

Was progressive even available in CRT? I always thought it was straight interlaced.

CRT's are still used because of that mentioned 0ms latency - only the super hardcore crowd who wants that perfect response....

BUT, CRT's are analogue displays, they cannot do P (as far as I am aware)

I'm pretty sure CRTs are still progressive. It was just TVs that were interlaced but that was due to bandwidth limitations with analogue broadcasts.

Yes, most CRT's are progressive scan.
Although if you want 30inch or so CRT "monitor" and FHD resolution, you're pretty much going to be limited to 1080i. Because CRT's of that size are TV's and with CRT HDTV's they can only do 1080i.
22-24" is another story and there's even 1440p stuff around. Gonna be expensive though.
I'd rather spend my money on something else.

What companies make them?