The goofy version of the blog post (TLDR) - https://youtu.be/1Oxd6n7WIvY 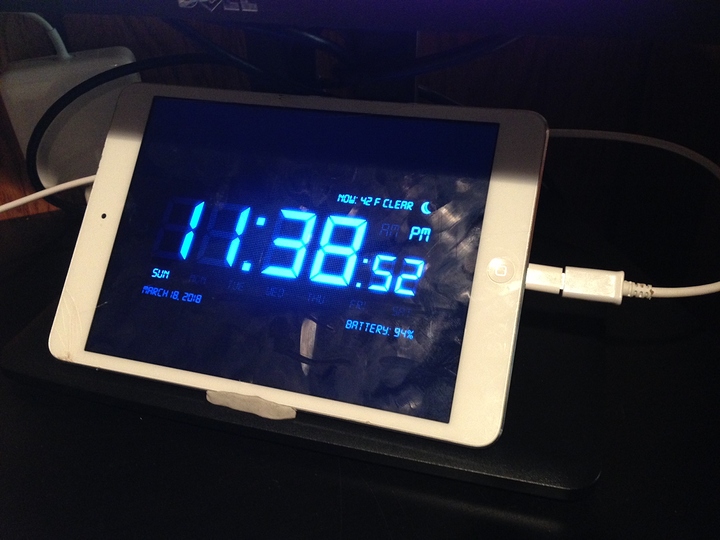 Planned obsolescence is what I worry about when I buy a phone or a tablet. Just the idea that you can get ditched a year later, left without updates……stranded with buggy software and unoptimized hardware on a device you spent several hundred dollars on is kind of scary. That’s why I avoid iPads, I mean they’re nice and all and they’re useful in the beginning, but dishing out all of that cash for a device that’s purposely going to be slowed down over the years is just disappointing, then the fact that you cannot downgrade really makes me mad. Sure it’s for “safety reasons” for security patches and all of that jazz, but you’re in the hands of the manufacturer at that point. At least with the android phones that I’ve goofed with in the past I was able to downgrade, but it may be different now depending on the manufacturer and their device rules.

I even remember one day, I had an iPad 3 that my dad gave to me, I spent several hours just researching how to optimize the thing to make it quicker with methods more complicated then changing transparency and animations. The iPad was jailbroken as well and I made a forum post on their subreddit. All the replies that I received told me it wasn’t possible. Which is retarded. Take an android device for example, once I get root and a custom kernel, I’m able to overclock, change power profiles, disable unnecessary services and the possibilities are endless.

All of that stuff is not accessible in iOS, even with a jailbreak. So you have no chance unless you just don’t update the bastard and get caught into getting denied from installing new apps, new features and being bothered every ten minutes to update.

So let me get into the real point of this blog post. My buddy Phil in 2016 bought an iPad Mini 1st generation. Now this thing is such a honking piece of garbage. It came out in 2012 along with the iPhone 5. What’s really sad though is that it uses the iPhone 4s’s CPU. Here’s where the problems come in, the geekbench score of the iPhone 5’s CPU is over 700, the iPad mini 1st gen CPU is a little over 300. Which means the CPU in the iphone 5 is 2x faster.

So once Phil bought this thing from this guy off of letgo in 2016, it was already denied from getting new updates when he bought it and it choked so much that he refused to use it. He ended up plugging it under his monitor and using it as a clock for 2 years straight because it’s easier that way, his life would be much more difficult if it was one of his daily drivers.

If they were good enough to do the basics in the beginning they should still be now. If he could optimize the thing it could become a youtube couchsurfer, especially on an older update it would be buttery smooth. Just the ability to disable unnecessary services, root/overclock/downgrade on these android devices is amazing. I used to sit for hours modifying android and destroying roms with too many tweaks, it’s just plain fun working with slower hardware and making it accomplish what you want and that’s where most of my technology struggles come from.

Holy shit I’m ranting, let me talk about another thing really quick. What I think makes a technology enthusiast is the struggle of dealing with problems with your computers/devices and hunting for solutions. I remember as a kid staying for hours trying to solve dumb problems with my devices and computers and trying to do unrealistic things like hackintosh, playing games that you’re under the min spec requirements for. It’s what makes a technology enthusiast, the struggle and the persistence of figuring out certain problems and accomplishing certain things.

Anyway, I’m done with my rant. If anyone has a planned obsolescence horror stories or if anyone has done any goofy stuff to speed up their old devices let me know in a reply haha.

With the app Duet Display
Older ipads make good portable monitors for word or other slow movement apps. The integrated battery is good too because it does not drain a laptop battery.

Have an iPad? Be Twice As Productive. Now For Mac & PC.

I’m gathering iphone 4’s to use as tracking devices and mobile GBA/SNES consoles. I have 2 or 3 of them now, but supposedly theres a buttload of them waiting for me at a sprint store in Lansing. Lel.

That’s a good post just giving it a bump to get some attention from other people.

If anyone has a planned obsolescence horror stories or if anyone has done any goofy stuff to speed up their old devices let me know in a reply haha.

I keep my 4th gen ipod touch alive exclusively for Tiny Tower and as a reminder that the rounded squares of iOS 6 are infinitely superior to the circles of today.

I keep my 4th gen ipod touch alive exclusively for Tiny Tower and as a reminder that the rounded squares of iOS 6 are infinitely superior to the circles of today.

Still the smoothest iOS to date.