Why shouldn't I get the 280x? Apart from the 300 series expected to be released pretty soon.

Why shouldn't I get the 280x? Apart from the 300 series expected to be released pretty soon.

Well to keep the R9-300 series argument out of the equation.

When do you think it'll be released? 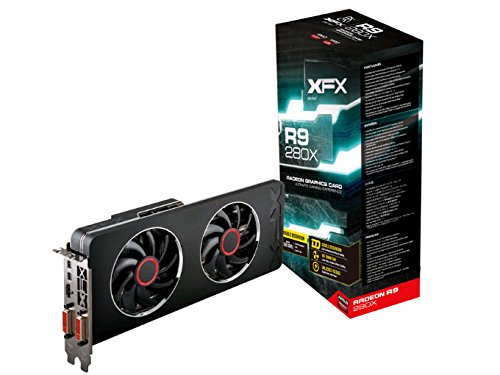 The XFX R9 280X combines extreme graphics power with style and beauty. AMD Boost ready to ensure you get the maximum performance when you need it most and supports up to four monitors when both mini D ...

Edit: I'm sorry i didn't realize you aren't from America, ignore this comment. BUT to add on in America they are in the same price bracket.

issue with waiting for the 300 series is unless you are going for a high end card there is no point waiting.
From what i have seen 300 series wont be until q3 but who actually knows when it is due.

Do you realise you linked to the same card twice?

i swear pricing outside the US is ridiculous.

those 2 cards here in Australia are over $100 apart.

Good point but really if you sit around waiting for hardware to come out all the time you will never get anything.

You would prob get a very decent price for that card atm.

While I have 2x280X's and love them I would recommend the 290 over them. It's a significant power boost with a newer design. That being said if you see a 280X that is dirt cheap then it's still a great card, and both of mine overclock nicely into the 1200Mhz+ range (I have a custom water cooling loop so take that number with a grain of salt). So if the price difference is significant where you are and you just can't afford a 290 you'll still be happy with the 280X and can always grab another for crossfire or do an upgrade in the future, and replace your relatively cheap 280X since you won't have too much invested into it.

If its the highest tiered card in your price range grab one. - 280x are great cards. If it were me I'd grab one on release day of the 3xx series when the price should be low and before it gets shipped off and changed to a (i assume) r10 370x model.
For the same money though you may be able to score a really good gtx780/ti 2nd hand... Even a 970 from a peep who has a gripe with the 3.5gb issue. Happy hunting I guess.

Agreed. I actually have two 7970's for sale. Great GPU's nothing wrong with them and if I have to keep them for a few more years i'll still be happy. It's always good to wait for the new releases, but if you don't mind older versions of AMD while saving $$$. Would look towards a 280x or 7970 that you simply can't pass up.

Another reason not to get the 280x is because it doesn't support Freesync, whereas the 290 does.

Nor true audio, but if you saving $100's while getting 60+ FPS on a budget PC that may not matter depending on goals.

That and because the 280x uses an older core (from 2012) it won't have full support for DX12 on windows 10 that is coming this summer.

This is not confirmed, AMD had claimed that all GCN gpus would support DX12.