So... As the title suggests i'm wondering just how many of you guys are on BF4 at the moment, personally i'm not playing it at this current moment but it's downloading on origin (yet I am questioning my current set-up capability) So what I want to know is,

1. What's your current setup and what kinds of FPS are you achiving

2. What are your thoughts on the beta

3. Any issues you have encountered and resolved

Thanks for your feedback in advance

1. Current setup is listed in my profile.  I'm getting anywhere from 15-80 fps (vsync off).  I'll elaborate more on this below.

2. It's rough.  I'm having trouble with fps drops and stuttering, even on low settings at 720p res.  It's really annoying, and if the problems persist, I'm probably not going to bother getting the game.  I understand it's a beta, but if we're expected to test it, it should at least be playable.

3. FPS drops and stuttering are my main issues.  The game itself will occasionally crash (and origin).  I think I relieved some of the stuttering issues by running the game in windowed mode.  The FPS is still a problem though.  Even when ran at the lowest possible settings, I still get 40-55 fps with occasional drops to 10-15.

Other issues that bother me:

I feel as though they took the things that were implemented well in BF3 and removed them.  Then they fixed/resolved a few complaints people had with BF3.  For example, BF4 now comes equipped with a VOIP system of its own. (not sure if VOIP is the correct terminology)

I'm playing it myself. My setup is also on my profile (the "current" one). I get a mostly solid 60fps, though it does drop a bit when the action gets heavy. I also notice the "stutters" that DeusAres mentioned, but they are mostly brief and can happen anywhere, so this will most likely not be very evident in release. As for the "one hit die" thing, I experienced this a bit near launch, but not so much lately, and I can usually take people down in a few hits. Overall I think it's great and I personally don't experience many of the issues that some people are talking about.

It's also important to note, DICE said when this launched that the build we would be playing is several months old and probably won't play much like the release would. They also said this was going to be more like a load test than a gameplay test.

I got a FX 6300 with a 7870 Ghz OC'd and 8 gigs of RAM and I can't run it for shit. The funny thing is my system is exactly what is reccomended for battlefield. The beta just has god awful optimization. 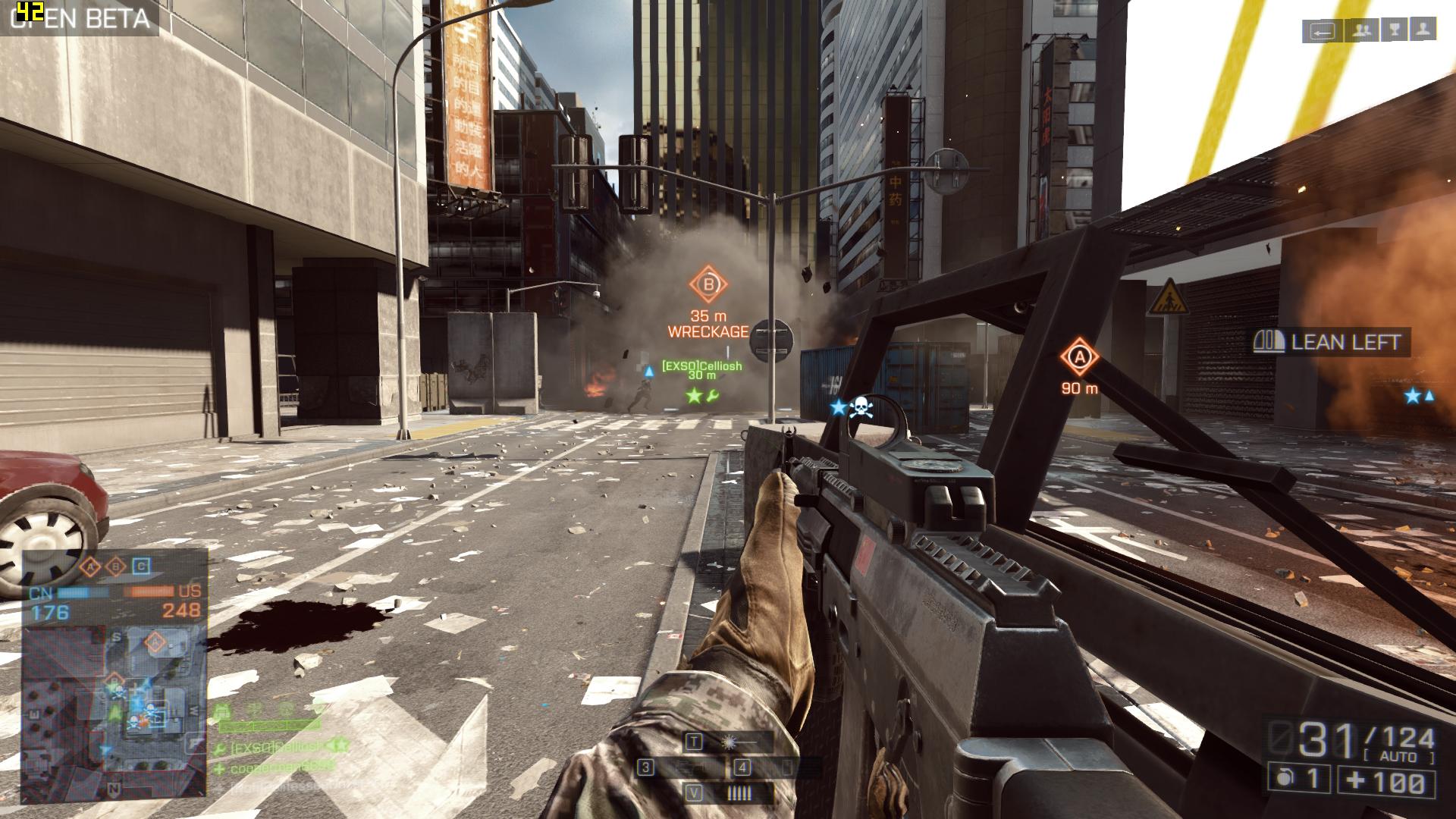 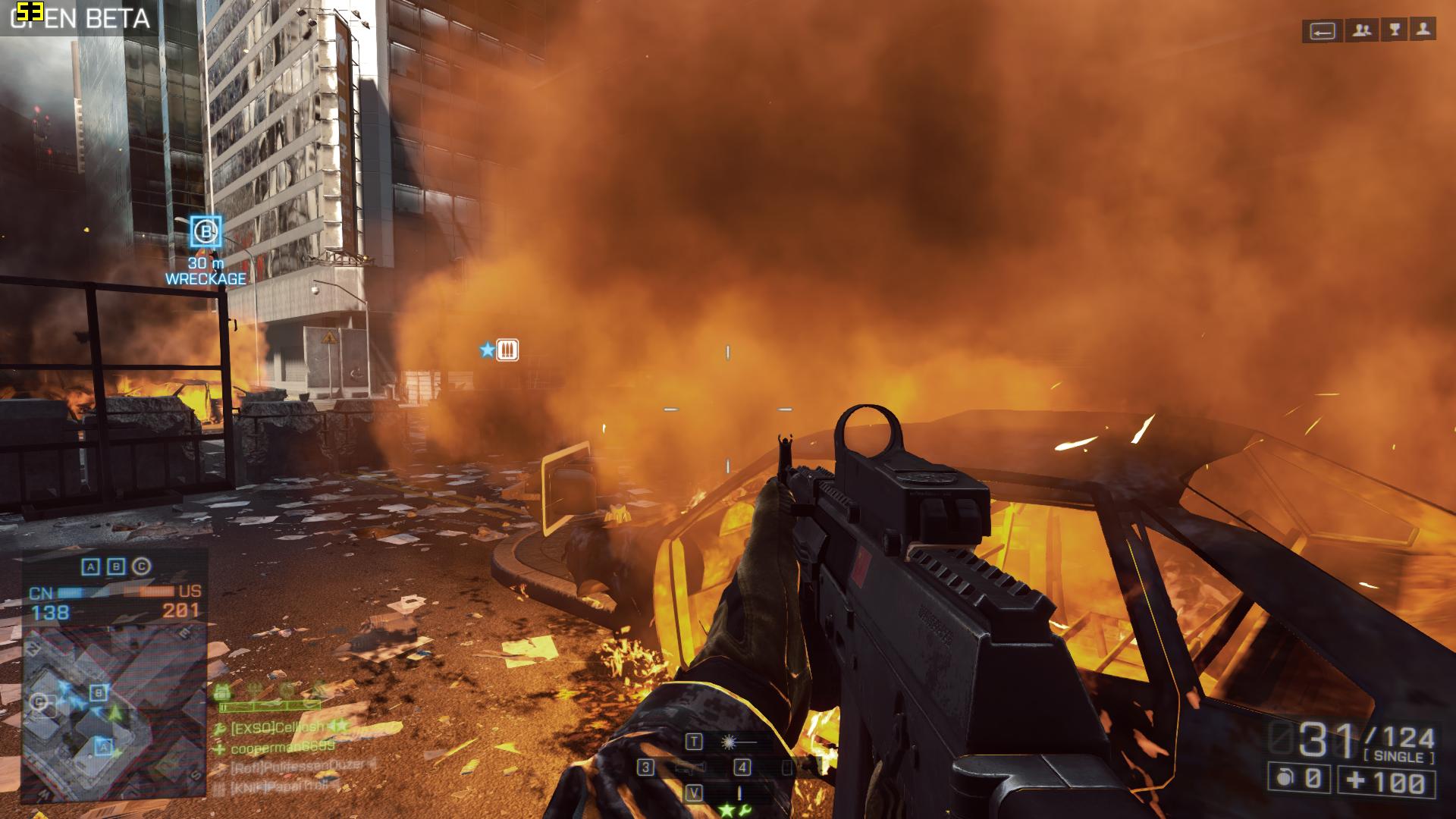 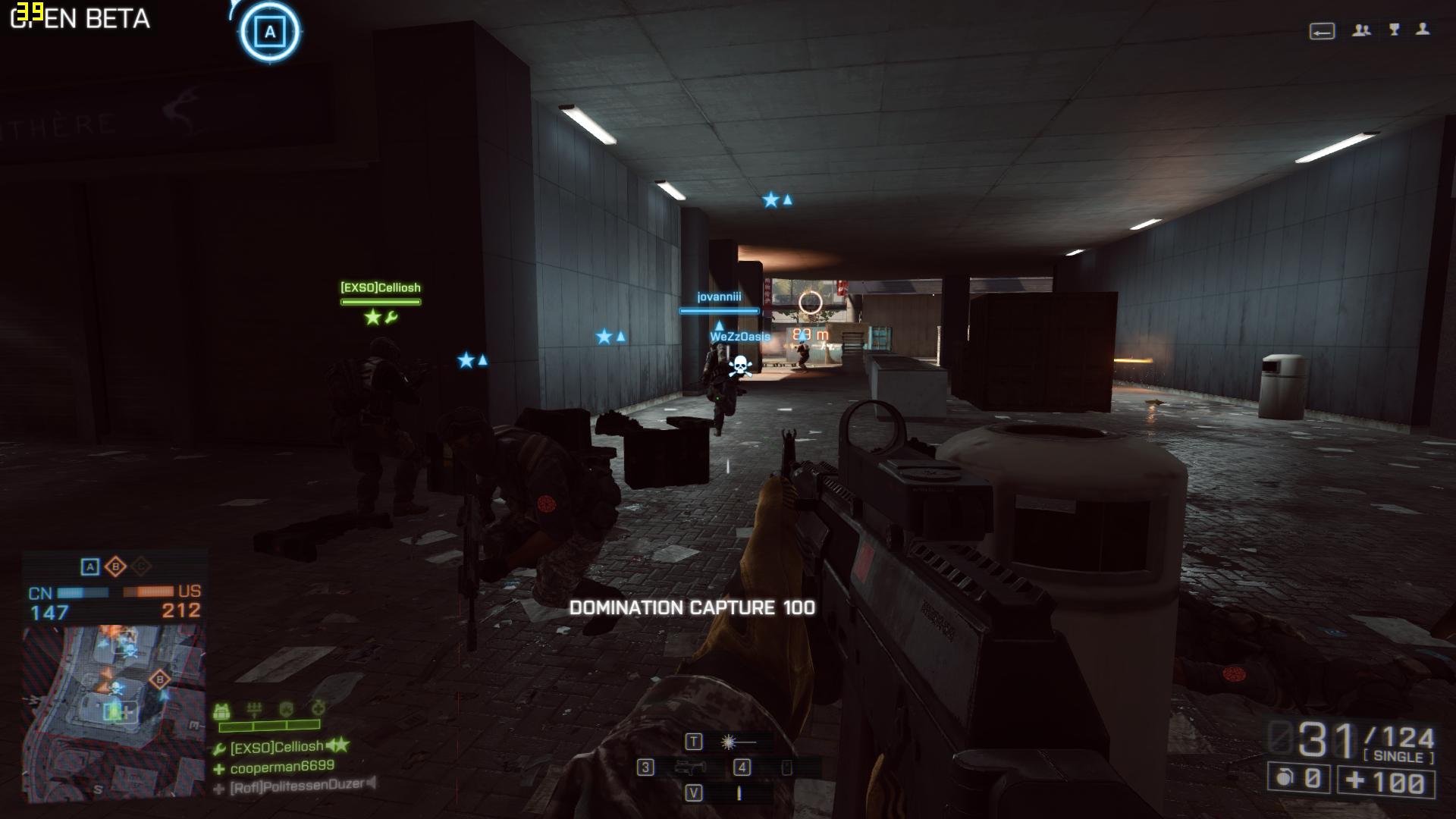 Just started playing and it seems to be pretty a pretty solid 30-40 fps, you can tell its definitely optimized for AMD cards, there are a lot a people on the BF forums complaining about their cards not working with it

There was a big update this morrning adding in optimisation but i was still able to play it before then....its nice to see my 8 cores being all used up in a game >_>

You dident know bf4 use's up to 8 cores?

You are going to have to get used to that with the nextgen ports more are comeing.

My rig is FX8350 with a  asus saber tooth and 7950 vapor x ocd to 1140 on the core and 1490 on the mem and I've had no troubles at all. I'm more then happy I don't experience any bad lag like the invidia princess sydrome cry babies do :D

Its playing beautifully for me.

will update with frames after a game or two with fraps up, so far all i can say is:

server browser doesn't work correctly, but that's battlelog for you

My load times are pretty quick I cant complain to be honest.

I already posted stuff about optimizement in BF4 (8 core usage, frame pasing working on eyefinity <Which I find Amazing>) in previous tread so yeah, im generally pretty impressed by DICE.

But about the BETA Madness;

And I have a 33% chance of crashing when I go to windows and put the game in windowed mode. And also during Map switches;

me & my m8 were on this 64-man populated server once in BF4, while the mapswitch suddenly crashed us both. When we returned to the server, the place was frigging deserted

So the mapswitch crash seems to happen in harmony, It is most definetly a server-side bug. ;o

With my 660 ti and i5 3570k I get 35-55fps on ultra at 1080p although it feels a lot lower than that. Stutters a lot but changing settings doesn't do anything to help that and only notice an increase of 20-30fps when I set the game to the lowest settings.

Specs are on my profile but the beta is unplayable for me.

I ran it on high at the start and the fps can be anywhere from 70 at some points all the way to 5 for more than a second. Even with the new update and switching it to medium i get the same results.

Some pics with FPS

Generally I'm getting around 45-55FPS in the worst scenarios. It runs even smoother than normal on eyefinity, The frametimes are legendarely low (for me at least!) since framepasing is actually turned up & it's running, for the first time in eyefinity.

2) I have few complaints on the Beta. Mainly because i get great performance and only a tad bit of server lag. Gameplay is great.

The game does crash at times..

At times helicopters will blow up and instead of falling to the ground they will simply float in the sky and de spawn after a while. Some debris will do the same.

3) Macros for the game have to be recorded with delays.

Yes server side/net code is crap it often just drops everyone from 99% of the servers at one time for no reason.