I've been looking to get a chromebook for school and light work. The one i was looking at is the toshiba chromebook 2, but i was wondering what other people use or think.

I have a Acer Chromebook 15 i5 edition. It's overkill for a Chromebook, but I use Linux on it. The SSD in it is crap though and won't last long. Mine died after a month's use. Some people have had it die within the first 2 weeks. I just love it because of the great screen quality for the price point.

Edit: The Toshiba Chromebook 2 has one of the best screens you'll find on a Chromebook (besides the pixel) but the processor is a little weak. From what I've seen, it gets a little laggy when you open too many tabs. Still a pretty good deal though.

Yeah :(. I was planning on replacing it with a larger one anyways, so this just gives me a good excuse.

I have the Toshiba Chromebook 2. I got it for my wife to use and it's a really nice machine with a good hi-res display. I highly recommend it. 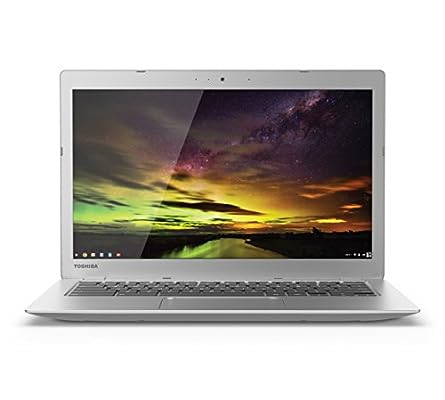 Toshiba Chrome book 2 CB35-B3340 Toshiba's Chromebook 2 is a refreshingly different type of computer, designed to help you get things done faster and be entertained from anywhere. Nothing complicated ...

that was the one that i was looking at because of the specs and the money you pay for it.

Is it one of those stupid Compact Flash readers? Or just a super shitty SSD.

How are you running Linux? Crouton, or have you defeated the hardware protection and installed a custom firmware?

Shitty SSD. I just flashed the bios and installed Arch. I enabled TRIM, but used a swap partition. I changed the swappiness to 10 though, so it hardly ever used it.