Hi. I’m considering having forged internals installed into an FA20DIT engine since the rods are considered a weak point. I assume this is something a dealership would not be wiling to do. What car shops are considered a reliable place to have this done? Preferably a place that wont take shortcuts and do all the leveling and balancing necessary.

You’ll be looking for a tuning shop. No idea where you are or who works in that area, however if you have a local circuit/drag strip/etc. maybe head down, and you’ll see sponsors all over the local cars for shops doing the work.

A general mechanic could do it, but if you’re wanting to modify the engine for power, may as well go with someone who knows how to build the motor for power output. Even with forged parts there’s a lot of tricks of the trade with any particular engine in how it is put together. Things like clearances, ring gaps, etc.

edit:
also… depending on what power you’re shooting for, starting with forged internals may be overkill. without supporting turbo, fuel system, etc. you may be just building something that isn’t required.

As rods are heads off and also bottom end work, its normally something you’d do a full engine build with.

Pistons need to come out anyway, so may as well put forged pistons in at same time. Ditto for bearings. The parts are the cheap bit… the work won’t be cheap.

Head will need to come off = new gaskets… and so on… a whole heap of work/parts you may as well do at the same time while the motor is in bits to get the rods/pistons out.

i.e.
unless you’re planning to do a full build… i’d hold off on forged rods until you are commited to that.

I had an SR20DET powered 180sx with 310 wheel horsepower about 15 years ago. That was entirely stock internals. The limit on that combo was the gearbox… much beyond that and third gear wouldn’t handle it.

Thanks for the feedback. I’ve seen a lot of mixed information regarding the FA20 engine. I’m hesitant to do even conservative power mods with the stock rods. Might be something I’ll hold off on for now.

So this is an FA20 naturally aspirated you plan to boost?

Have no experience with that motor, but in general boost is more gentle to a motor than revs.

You could likely get away with low boost and stock rods, but you’ll need to know where the limits are and not get greedy.

But… yes, adding boost to a modern naturally aspirated, high comp, high revving motor may be of limited use.

You may be better off doing with Subaru/Toyota did with the new 86 and bore/stroke it for more displacement. Just go more extreme.

Turbos, intercoolers, etc. add a lot of nose weight (which will ruin the balance on an 86). Bigger displacement on same motor does not. And you’ll be taking the motor apart to fit stronger rods anyway… and as above doing pistons etc. while there. So may as well over-bore and/or stroke it and raise compression with high comp pistons - and add angrier cams to rev harder.

And not bother with the turbo…

The FA20 is direct injected and has a base boost of 16psi but will do a momentary boost of ±21. The rods are asymmetrical which is associated with the bending problems some people run into. Haven’t found a general consensus on the cause of failure though. Some sources say the stock rods are fine up to 400whp. 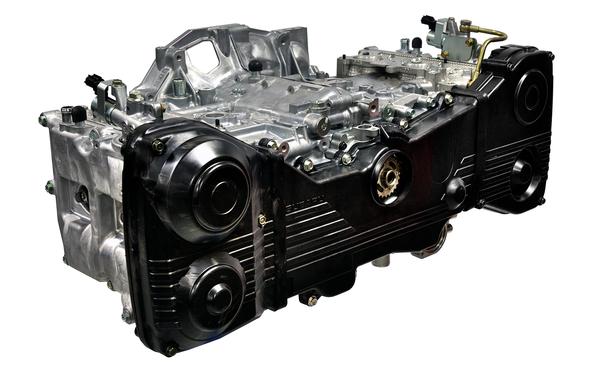 Everything you need to know about your Subaru Engine

Frequently asked questions are answered and myths are busted. Like the 4 things you need to keep your Subaru Engine reliable, what to do when it fails, at what power level to build up.

If you have a Facebook join a local enthusiast group for your platform and ask what the shop of choice is, it’s a pretty bullet-proof method of finding a decent new shop.

If you happen to be from Ohio i can give suggestions.

I’d be checking if there’s a slight turbo size upgrade for it. Or an aftermarket unit with ball bearings instead of plain or whatever the factory uses.

Even at the same boost, a better turbo may make that boost more efficiently / cooler (= more power). Definitely something i noted with the 3 different turbos i ran on my 180.

Ball bearing vs. plain/journal bearing is night and day. Similar sized turbos i had on my 180 - NIssan OEM T25 (plain bearing) vs. HKS GT2510 … response difference was HUGE.

The other turbo i ran was a Garrett GT2871 with 0.87 AR. Significantly more power at same boost due to better efficiency… boost threshold was a bit further up the RPM range tho.

Also. Reliability is all in the tune. Too much timing advance/knock and you’ll fuck rods pretty fast. There are a lot of shitty tuners out there who get cavalier with ignition advance (because to a point it helps throttle response and low end torque particularly off boost), blow shit up, blame components and thus turn their fuckup into a 10 grand engine rebuild with forged parts.

Not saying all failures are due to that. OEM parts definitely have limits. But sometimes they aren’t the problem.

Edit:
Social media user groups may be worth checking out to see how many engines tuner x may have blown up etc.

Yeah it’s a WRX. Fairly new as well. Think I might wait until the powertrain warranty is up before doing anything. Not looking for anything too crazy since It’s a daily driver. Wanted something fun to drive but reliability is important as well. Think a full built block would be out of my budget. Honestly it’s pretty fun to drive as is. If I could get around 300whp without causing any issues I may consider it later.

Take it on a track day and you won’t be wanting for power. But it will show up any issues you may have in the braking department.