When was power off in software introduced in Windows?

I know it seems like an odd question but I’m completing a research report and need to source some information. I have an inclination it’s windows 95 but also need to know what hardware change lead to this feature.

So does anyone remember what OS and chipset in Windows allowed for powering off computers in software?
I remember as a kid, you told a computer to turn off in the OS and then wait until the system displays a message stating you can power off the system. What OS/Hardware brought this feature into the world?

Computers that supported APM I think.

It's now safe to turn off your computer

It would have been NT 4.0 workstation that publically had it, which was before 95 but not available at wally world. Its a special order item for OEM’s or industry.

I remember it as when PC’s went from the AT standard PSU to ATX standard. On AT your pc powered button was physically linked to the PSU. On ATX the case power button went to the motherboard and a 4 second hold was needed to power down if the OS didn’t shutdown.

3.1x had APM I think as well. Is it more likely hardware limitations.

If you ran something like minix at the times of 3.1X you had poweroff modes. NT 4 had it first, though it could probably be back ported. 95 was still dos, and apm wasn’t added till 1 service pack was released, dunno what one. Later builds just had it.

Oem’s also had it early. But if you installed 95 fresh it wasn’t there.

Sorry for the tangent.

I am now wondering what would be the outcome if you installed an OS that has the soft power off option on hardware that does not allow that? But it would probably be impossible to get a working windows on such a old machine.

So we’re looking further back then NT4 then, 3.1 at the very least had APM. DOS seems to have had something as well though maybe not APM.

I am now wondering what would be the outcome if you installed an OS that has the soft power off option on hardware that does not allow that? But it would probably be impossible to get a working windows on such a old machine.

you got the “its now safe to turn off your computer” prompt.

Powercfg (executable name powercfg.exe) is a command-line utility that is used from an elevated Windows Command Prompt to control all configurable power system settings, including hardware-specific configurations that are not configurable through the Control Panel, on a per-user basis. It was first introduced by Microsoft in Windows XP SP2 in 2003. Powercfg must be run from an elevated command prompt, and, under Windows XP, it requires workstation Administrator or power user rights. Power Sc...

I wonder what ms would say if you emailed them. Like maybe they have some sort of internal archive of ms stuff.

The ATX standard was introduced in 1995, it’s adoption took a while but I clearly remember win98 supported it and would shutdown from within the OS.

My previous win95 was on the AT standard and presented this after selecting shutdown; 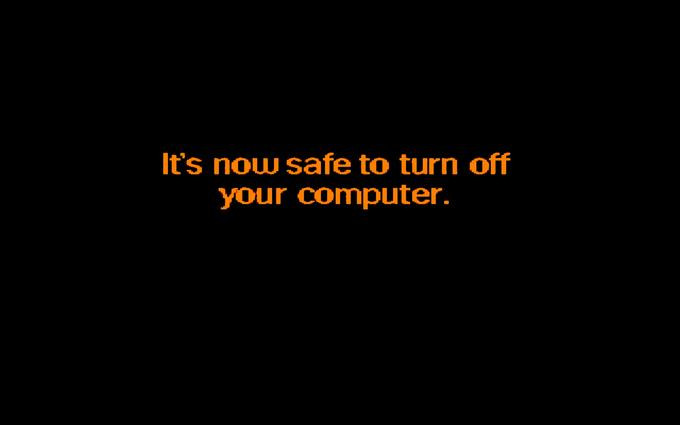 I would hazard a guess that if the first version of win95 did not support the ATX standard that SR2 will have added it along with AGP and USB support.

Hey guys, thanks for the info, I can confirm, APM (1992) is the software that introduced power off through software, but while some specialised hardware supported it, it became support as standard in the late 90’s with the ATX standard developed by Intel and IBM.

Correct, there was no way for MS DOS, OS/2 warp etc to power down AT standard hardware, you needed a finger to push the button

AT power switches were latching too, would need to swap out for a momentary power switch to use ATX power on old case