What would a world with a Free Hardware Foundation look like?

I had been wondering where Andreas Olofsson had been hiding himself after Parallella project got it’s flipping great wadges of funding. Apparently, he’s been cooking up a project with DARPA for open hardware. This could change a lot.

probably like the one we have now, except computers don’t work

in all seriousness, though, copyleft public protective patents have been a thing for a while, it’s how industries come to standards consensus in a lot of cases

here’s a contemporary one for example:
https://halongmining.com/blog/2018/03/06/bdpl-offering-announcement/

The most exciting part of this artcle (to me) is that DARPA funded SiFive.

We’ve already got a flagship for open hardware - OSHWA. More open stuff is never a bad idea though, and core design is very much in need of some fresh air.

I don’t want to get all church of Stallman; but I need to clarify my question.

The problem with hardware is the cost of mats and manufacturing. It has to be publicly funded and people want something they can buy at a store. We learned that from crowd funding resources like Kickstarter. People just don’t get the concept yet; and chips have a base cost of $100,000,000. Tooling and mats are expensive; even in development. Andreas had a product ready before he got a dime; either directly from the public or from commercial ventures.

His Parallella parallel accelerator chip was open source but the patents were proprietary property of Adapteva. You had materials for coding for the chip in Assembly; but not the schematics for the chip itself. The chip was not free.

The main difference is that projects could share expenses in development and production. That’s the liberation that hardware needs. Software has it and no one really gets how important that type of collaboration is; especially with something as expensive as chip production. If Moore’s law is to continue, distributed intelligence is probably going to be needed. Two major chip manufacturers cutting each others throats isn’t going to get us much farther.

I would go so far as to say that the internet wouldn’t have been so agile and robust without the open and free software that runs it. The protocols that it functions by are free. The man who gave them away suggested that the internet had to be an open public space or it wouldn’t function at all. We’re starting to see just how right he was; as our internet loses functionality.

Open may not be enough. We’ve always had free software in the background; and it doesn’t get the recognition it deserves. It keeps a real liberated standard alive.

Look at how far from the original goal Ubuntu has traveled. It has an Amazon button… and it has for a long time.

Sure Stallman is crazy. He always has been; but he’s often right, and he keeps the culture grounded in something it needs.

Stallman is an idealist. Idealists are often right. Unfortunately, idealism is generally not that functional in the real world of corporatism and computing. Knowing that Microsoft is the chief contributor to the Linux Foundation should be very telling. Rave on, mateys.

i am not sure what the current status of Open Power is, but that is a thing.

The OpenPOWER Foundation is a collaboration around Power Architecture products initiated by IBM and announced as the "OpenPOWER Consortium" on August 6, 2013. IBM is opening up technology surrounding their Power Architecture offerings, such as processor specifications, firmware and software and is offering this on a liberal license and they will be using a collaborative development model with their partners. The goal stated is to enable the server vendor ecosystem to build their own customized s...

the closest thing to actual fruition is the risc V ISA

Why open source is so important to Microsoft | ZDNet

The company's CTO of Data spoke with ZDNet about the growing importance of open source, given Microsoft now finds itself as one of the biggest contributors.

What Microsoft understands about open source that your company does not

Microsoft understands that its future depends upon contributing to open source, not just using it. Here's why your company needs the same strategy.

Microsoft is now an accepted big player in the open source space, but just a few years ago such a role for the software giant, seemed inconceivable. Many people were thus surprised when Microsoft emerged from its market lead as a proprietary software... 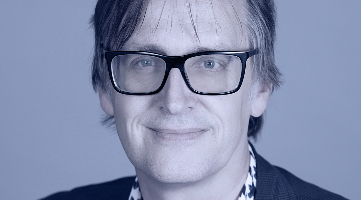 Seventeen years after Microsoft's CEO called open source a 'cancer,' here's what the company learned in its open source turnaround.

I suspect that the “many hands” development environment is what appeals to developers. The free sharing is appealing to all forms of research and development.