What to Look for in FM Transmitters?

Not even sure if this is in the right section. Feel free to move if needed.

I’m interested in buying a new/better FM transmitter for my car, and I don’t really know what key features to look for. I was hoping someone with experience could fill me in a bit.

In my experience, they all kinda suck equally. If you want a good one, you should look at reviews.

Some of them have a wire that goes out to the cars antenna. I’ve heard good things about them as far as quality goes, but obviously, they require running a wire outside the car.

I know this isn’t exactly what you wanted to hear, but at least you get a bump.

I know this isn’t exactly what you wanted to hear, but at least you get a bump.

I’ll take it. It helps narrow things down to find what to look for. etc…

I agree with the sentiment that they do all suck.

Perhaps a better choice would be, if possible, to just upgrade your head unit. A decent one with an aux or USB input aren’t that expensive. Less than $100 and can be found for less than $50 even. Would prob be a better choice in the long run

Typically, the different wavelengths you want to pickup the longer the length of the radio antenna. So first take a look at different frequencies for ones you plan to listen and transmit on then get the appropriate transmitter.

I’m about to go to a dude who does HAM and has a $15K 40ft antenna is his back yard. Talks to people all around the world, I can ask for some pointers.

lol While true and cool. I think he means for his car to listen to music rather than talk to people

lol While true and cool. I think he means for his car to listen to music rather than talk to people

What do you mean by that

FM transmitter for my car,

I thought you meant one of these?

So you can run your phone/ect… through your head unit? Where he is, I think, talking more on the lines of HAM/CB radio? IDK lol

Why do you assume a headset?

What? Where did I mention a headset? 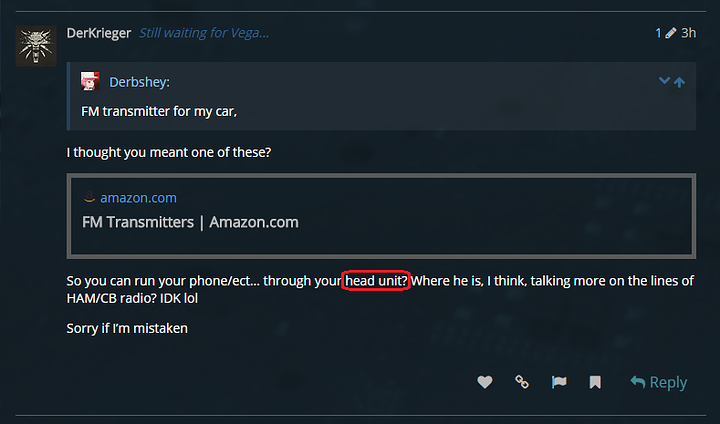 Yeah a head unit… not a head set…

This is a head unit

A head unit, sometimes referred to as a deck, is a component of an information and entertainment system either in an automobile or a home which provides a unified hardware interface for the entire system. An antiquated name for a head unit is a receiver. The head unit is the centerpiece of the car's sound and information system. Typically located in the center of the dashboard, modern head units are densely integrated electronic packages housed in detachable face plates. As high-end head units ... 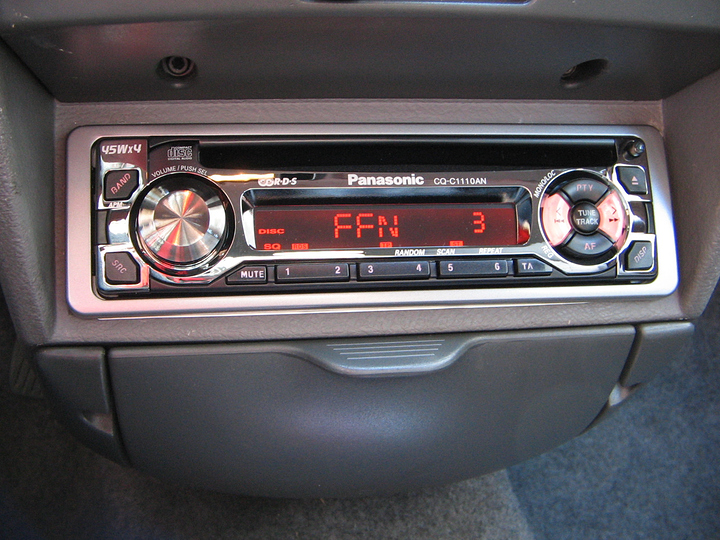 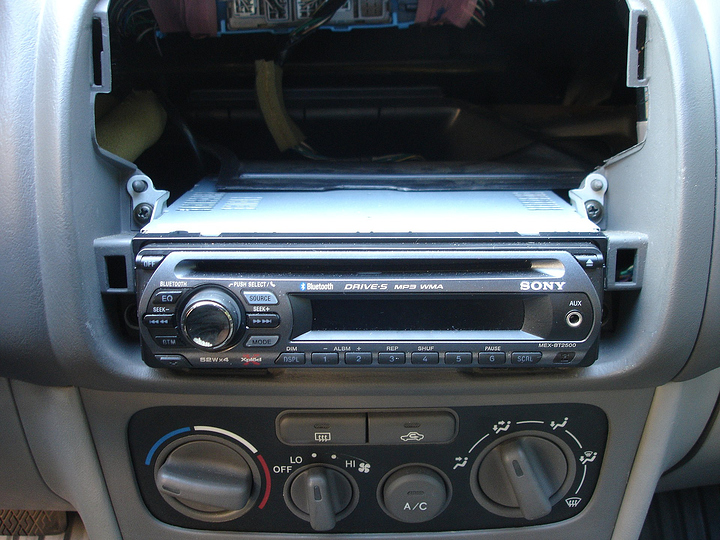 Sorry for the confusion

Didn’t know there was a difference.

Because Dynamic was talking about a radio transmitter for communications. Along the lines of HAM radio or a CB which is not what you want. Like a big ass antenna at your house or something to talk to people over radio

Should I clarify that in the OP? Not really sure how I would put that in there though

this isn’t my area of general knowledge

I bought two Monster brand FM transmitters in 2008. One recently died, the other is still kicking. They do “color” the audio a bit, but they worked OK. At this point they’ll all probably be similar quality. And it really depends on how crowded your local FM radio spectrum is.

If your vehicle can use cassette tapes I’d go with one of those that has the aux cable instead. I used one in my current car for a year or two, but the tape deck stopped working and I had to go back to the transmitter. The tape aux input audio quality is worlds better than the transmitter.

Nah it is pretty clear I think. He may have just been confused or I may have been misinterpreting what he was sayin. So no worries.

My opinion still stands. I’d go with a new stereo (with USB or AUX) or if you have a tape deck a tape adapter. The latter works really well actually.

If your vehicle can use cassette tapes I’d go with one of those that has the aux cable instead.

This. They work great. Have used them in several vehicles

FM Transmitters are too much of a pita for me