What sauce works well with meatloaf?

Hey...
I am planning on making meatloaf after work today. By itself is fine, but I would like to make some kind of sauce to it.
Bechamel and tomato sauce are all fine, but I want something new. I'm completely incapable of making gravy.
What are my options?

Smoked paprika is the secret weapon in this simple barbecue sauce, which goes beautifully with pork and chicken If you’re painting the sauce onto cooking meat, thin it out with water to about a one-to-one ratio, which will keep the sugars from...

I've also seen it with a cheese and beer sauce on top.

Huh, it didn't ask for an account the first time I looked at it, but it is now.

Some citrus juice or crushed berries are also a nice addition.

It's actually both cheese and beer in the sauce. I think it's based off a soup, but from what I could tell it was a bechamel sauce, except with about 1/3 of the milk replaced by beer and then a bunch of cheese added to the mixture. Probably about 1/3 cheese and 2/3 beerchamel?

I don't know, I live in an area where food can get weird fast.

So basically a tomato sauce? I was thinking of using tomato sauce as well... I'll just make it freshly...
Still open for suggestions though...

Once you achieve success, weather powdered packets of mushroom gravy or homemade you will be amazed. It is so worth a few messed up pans. Just keep the wisk moving

Homemade ketchup, spicy or sweet is great. Tomato will help bring out the Umami of the beef. Brown gravy is another route.

A brown sugar and honey glaze is good on a meatloaf

Why can't you make gravy?

Bechamel is way too heavy for the dish.

No. Home made. Everything.
The only pre-made thing I am using is bullion cubes. I like to do most stuff by myself.

Why can't you make gravy?

Idk. I used multiple recipes. I never ever got even acceptable result.
I have tried gravy, I know what it should taste like, look like, smell like. It never does when I try to make it.

The glaze or ketchup would work fine with that as well.

For added fun thin slice strips of a mild white cheese and roll it like a Swiss roll into the meat.

A red wine reduction would work too.

Damn it, I forgot to take proper pictures to post in the recipe thread...
Anyways, I am doing white wine (don't have red and don't really want to go to the store again), cream and mushrooms sauce...
Also I am baking home made bread...

Shus! You're making me drewl.

I have also made home made bread with white cheese inside.
Still steaming hot... 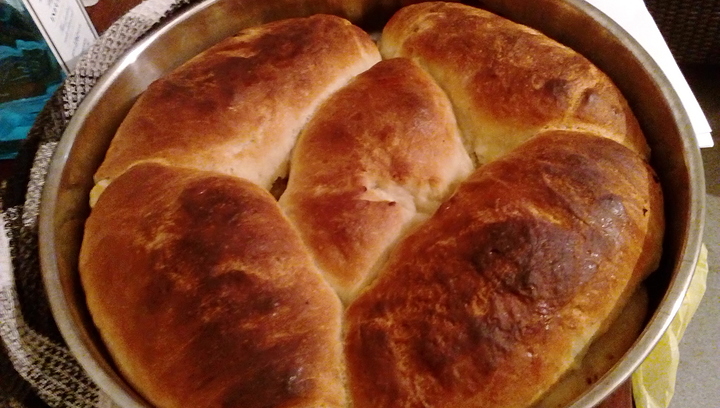 Orders pizza cause there's no kitchen at the warehouse

The sad truth - I ate a third of my bread while the roll is still baking... 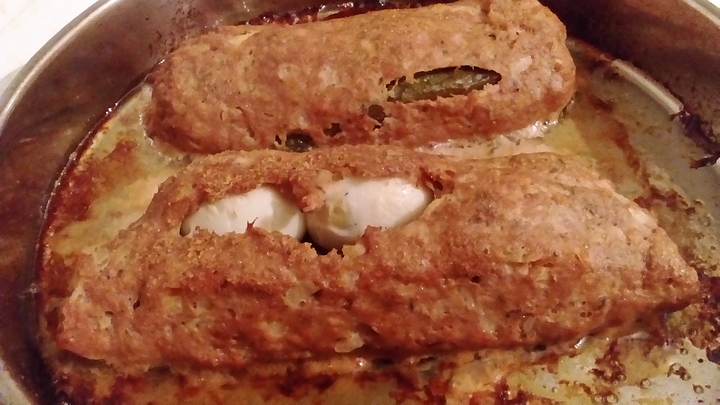 Despite everything else it does look beautiful... 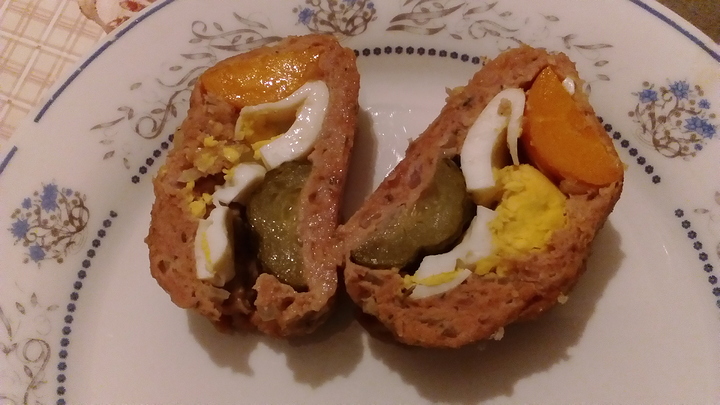 Sauce smauce, lube's where it's at, so you don't need to chew jerky! (That's why gravy is a thing) XD

Too lazy and too hungry to make sauce... Started it dry with bread only...
Tastes [email protected] delicious...