What Mouse does Logan use on the Tek?

Pretty much the same as what I asked, What mouse does Logan use on the Tek?

If I were to take a guess it'd be something from Mionix.

cause you gota use the same mouse as logan.

I want a mouse that has the lights down at the base, I was interested in the Tt eSport Theron but I'm just curious to know what it is.

He has used at least three different mouse on the show that i have seen.
But the one he use the most and has talked about a couple off times is the zowie fk1.
That is a fantastic mouse in every sense but one and that is the scroll wheel.

Zowie have BIG problem with the mouse wheel on ALL mouse models they have and they had it for years.
It IS a well know fact and many,many people have talked with zowie about it, zowie´s answer is always the same return/exhange for a new mouse.
Many have had over 5 mouse some over 10 times but NONE have worked 100%.

The problem is that some can have a barely noticeable problem other can have really easy to noticeable problem almost none have no problem.
There is two different problems.
1, and the most common is when you scroll for example down a couple off times then switch too scroll up it takes one scroll click that does absolutely nothing every up scroll after that does work, and if you switch too down again the first scroll click does nothing all after works.

You can after the first scroll click have done nothing nudge the wheel abit in the same direction and about halfway before it click over it register the scroll if you then let it go so it goes back you have too scroll one click the same direction again with no scroll register if you scroll the other way around instead the first click register.

For some the scroll register so close to the middle between the clicks that the mouse can register a scroll with the slightest touch and even in rare cases scroll when you don´t even touch the mouse at all.
For some this is really inconsistent, for some consistent, consistent as in it does the same thing every time or inconsistent it does something when it feels like it.

2, Is that the scroll wheel can have a quite different feel and sound when scrolling as in for 1/3 of the wheel it can be hard feeling and sound much and then change too really light feeling and sound nothing at all.
Most have a little of this but often it is not really noticeable if you don´t know it´s there and focus on it.

I have an fk1 that have both problem the scroll feeling/sound is there on mine but very minimal.
The scroll up/down is there too it is consistence tough as it always miss the first direction change in the scroll in the beginning it was quite distraction but after 1-2 weeks it got better and after a month it feels normal.

I did think about return it for a new one but after searching around found that SO many had done that and got a mouse that was worse back so it seems like a lottery.
And since mine was consistent all the time i kept it and love it for everything else but this does linger in the back of the mind.
IF Zowie did release a fk1 (or similar shape/etc) with a GOOD scrollwheel i would buy it as soon as i found it.
But it seems like they don´t care at all about this since they have known abut it for years and have released several models and updated models with the same stinking scrollwheel.

And NO it is not about one bad batch or something like that since customers on amazon have had some from a couple off different batches at home with the same problem.
Other people have dealt directly too Zowie and have sent in their mouse to be exchanged and have had several mouse from 3-4 different batches (both according too Zowie and the number on the mouse) but the same problem on everyone.

Depends on what episode of The Tek you are refering to.

In the episode 'The Tek: The Struggle is Real' he uses a Roccat Tyon.

So it really depends on what episode you are refering to. 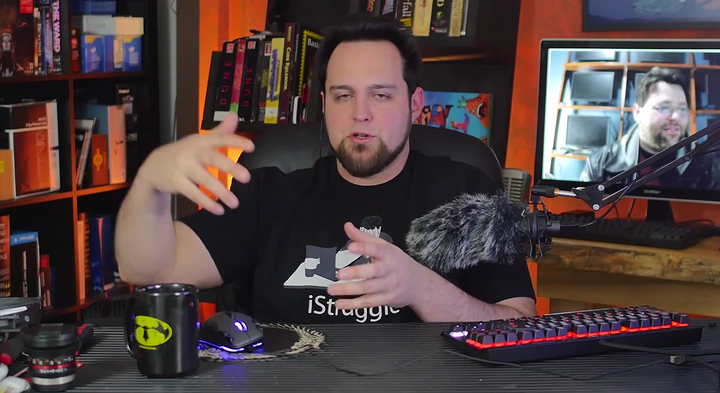 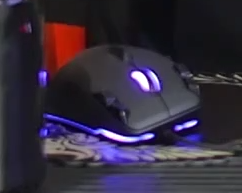 its the ROCCAT Tyon 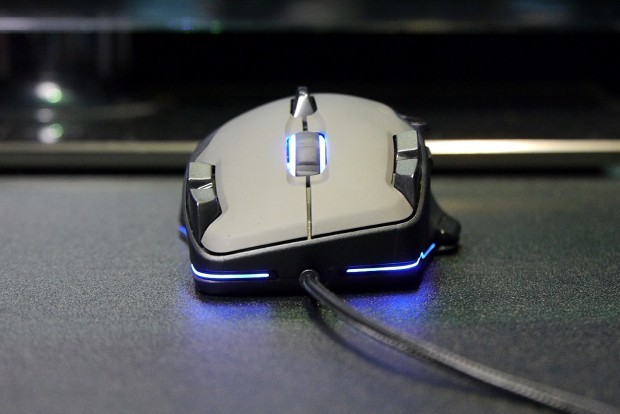 its a pretty badass looking mouse

He's using the Roccat Tyon, which I am using right now. It's pricey, but it's a great mouse, very comfortable! The extra buttons are useful, but I don't find much use for the flappy bits if I'm honest.