What GPU do I upgrade to?

I have a mac pro 4,1 and I followed @wendell 's guide to upgrade. At the moment I have a 270X thats doing ok, but its having heat problems and I am suspecting that it is dying. What would be a good card?

Fury’s seem to be readily available, more than vega’s at least. I don’t really know much about Nvidia cards. Everything seems to be out of stock wherever I look!

I’m running High SIerra but it annoys me. I might step back to an older OS version especially if there aren’t drivers packed for the OS.

The 980Ti is going to be the most stable high-end nVidia card (excl. Titan / Quadro) for OS X 10.3 driver support.

There are 10 series drivers out there but they are still in Beta, no final stable release is out yet.

The AMD cards will work much better under OS X than the 10-series. I’d probably go for a Vega 56. The Fury-X is an option but you will need to deal with the radiator and there is only 4Gb VRAM on-board although it depends what you do.

If you need CUDA then definitely nVidia otherwise, I’d probably go for a Vega 56.

I run a 1070 via Windows with my MacBook Pro (using TB3) as I don’t really want to mess with the Mac OS drivers, the Radeon card is used in Mac OS.

I do a lot of science work as well as OpenCL workloads. I had to do it on a budget previously, but is a 980 going to really be my best?

Generally each major OS version supports only a handful of GPU’s from that specific generation(and tiny amount of older cards) and anything outside that supported list may have odd issues or require some weird fix, including older cards. AMD cards generally work better but certain Nvidia models are supported out of the box as well.

A quick google search on hackintosh forums could pull up supported GPU models and what OS is needed to work properly.

Good to note I guess. I hadn’t thought of hackintoss forums

To Hackintosh a Macintosh: Mac Pro 1,1 with El Capitan Blog

This is a series. When I do others I will post them all towards each other at the bottom of the first post. So earlier I posted this image. [image] I managed to get El Capitan on my mac pro 1,1. Not TOO difficult but the major problem is going to be getting some of the things you need... Them being: Mac Pro (1,1 or 2,1) 8GB USB or bigger 16 GB of RAM Dual Processors (I am personally recommending this but its not a real requirement) A Hard Drive (duh) The 1,1 to 2,1 firmware updater ( https://mega.nz/#!6AcSiIAR!dVq6o_p03J6g5gVMCV8y3kv0BrT6Gc4S1b0okxhBgoY my personal mega ) Key to that just in case: !dVq6o_p03J6g5gVMCV8y3kv0BrT6Gc4S1b0okxhBgoY Piker USB tool ( http://forums.macrumors.com/attachments/pikify3-1-v12-zip.661799/ ) El Capitan .app in your applications folder You need at least 12 GB of ram to make the installer USB. I recommend 16 as, well, why not? You should update your mac pro 1,1 to the 2,1 firmware before the install just in case. The tool itself has the instructions on how to use it. So the basic process is 1. Format your 8GB or bigger USB to HFS Extended 2. Put you El Capitan.APP in your applications folder on your mac 3. Open up Pike's tool (I used V12) and open terminal 4. do ./pikecreatebootusb (or whatever the name of the exact script is in the file) /Volume/(yourusbvolumename). You can find this in disk utility. 5. Boot into the usb. In the folder with the toolkit are some EFI files. These are modified files to make OSX boot on your mac pro 1,1. One has the new design that is a white bg and a black logo, and the other one is the older gray bg gray logo which I like more. The default is gray. You can copy it over if you really want or just ignore it. Its an aesthetic that will matter for all of 20 seconds. Now install El Capitan. My personal machine is: Mac Pro 1,1 with 2,1 firmware 16 GB FB-Dimm ram 1tb HDD + 250gb HDD + 64 GB SSD 2 x cd drives XFX R7 370 (El Capitan has drive…

Is he still around? I haven’t seen @FaunCB today.

I might also ask on IRC, but I will keep a 380 or 390 in mind as @DerKrieger recommended in the lounge earlier.

I can say right now that I’m running a GTX 1060 using Nvidia Web Drivers (stable release) on macOS Sierra just fine. The only issues will be with the 1080 Ti and the 1070 Ti, as those are newer cards.

GTX 1080 plus the Nvidia Web Drivers should serve you well on that Tower Mac Pro. It won’t run PCI-E 2.0, but it’ll still run.

I don’t even know how to do that!

Just buy one pre-flashed from eBay from a reputable seller. There are plenty of them out there.

Haha I hate ebay. I’ve been ripped off a lot from there I don’t really trust it anymore.

Eeeh… Looks like flashing services are limited to Apple authorized dealers cause only they have the EFI images to flash onto the cards… also requires some hardware modification!

MacVidCards will do it for you if you send them the card. Kind of like how Silicon Lottery will delid your CPU for you: 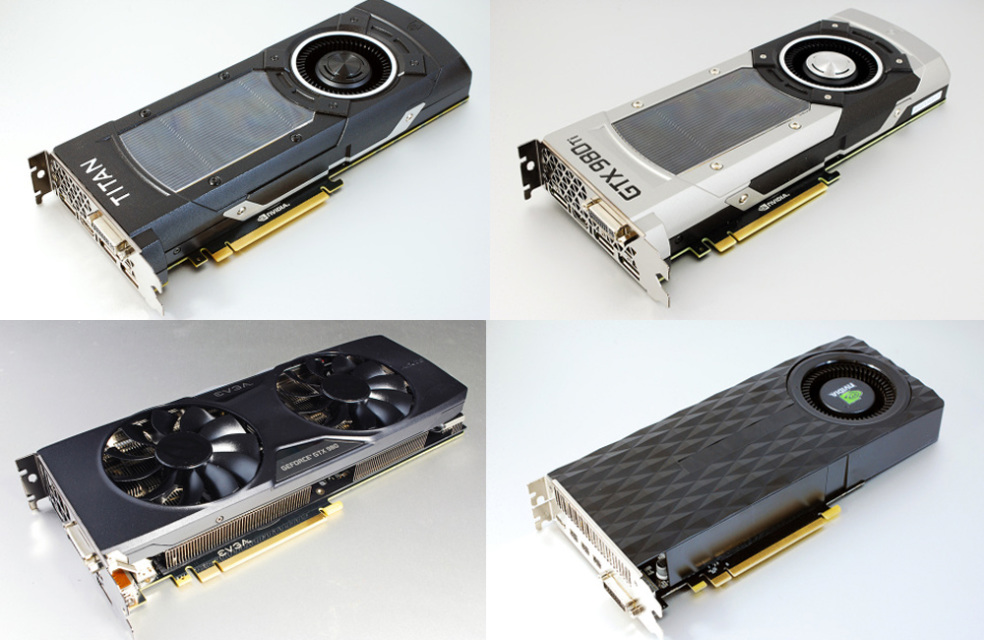 The #1 place for Mac Pro graphics cards. GPU upgrades from AMD and Nvidia.

MacVidCards will do it for you if you send them the card. Well I guess I’ll wait for a reply D:

You could be waiting a while. Hes supposed to have left the internet, though Im doubtful he actually did.

The guide Wendell provides was for someone looking to maximize the performance of the 4,1 by upgrading to 5,1 firmware AND hardware.

After that, you will be able to install a 10-series Nvidia GPU using the Beta driver, but you will still need to keep an Apple card around in case the PRAM is cleared.

I know that some of the 4,1 machines have a very limited power supply to start with, so it’s usually better to find one which already had 2x CPU sockets.

I did all of this for a friend, and I learned that Apple can go fuck themselves.

I’m stuck with my phone today so I’ll have to let you all know what happens. The 270x bit the dust!! I think I will look at a 380 or 390 on craigslist as there seem to be many available. Even a few new it seems. Mostly overstock from local stores, so maybe I could get 2?

What was that compute tech from amd called… HSA? Could I use a second GPU with HSA and get more performance? I’m looking up power supply mods right now and how to do it. Rather complicated it seems, but they work. I wonder if I could do HSA afterwards… Could be a good boost! I don’t know where to research that though so maybe someone here can point me in the right direction!

I wouldnt bother much with PSU mods, especially since just getting to the PSU is a pain and if you mess up that part then good luck finding one for a reasonable price. the PSU’s on the dual socket units have a pretty high wattage and can support either a single 2x8pin GPU or 2x single 8pin GPU’s, though bear in mind SLI/CF is generally garbage these days, especially on macOS. Better off getting a single high-end GPU instead of multiple weaker ones.

You can convert the DVD bays into an extra 2-4 drive enclosure, get a PCIe raid controller and setup another 4 drive array that will work side by side with the built-in 4 bay controller. The DVD bays is also the best area to get Molex/Sata splitters to power any additional devices that you might add.

I wouldnt bother much with PSU mods, especially since just getting to the PSU is a pain and if you mess up that part then good luck finding one for a reasonable price.

Its rather easy to do from what I can see and theres even some designs for connectors, though I will admit I want to get an older mac pro to try it on first before going whole hog.

the PSU’s on the dual socket units have a pretty high wattage and can support either a single 2x8pin GPU or 2x single 8pin GPU’s, though bear in mind SLI/CF is generally garbage these days, especially on macOS. Better off getting a single high-end GPU instead of multiple weaker ones.

Actually 2 380’s, or waiting for 480 / 580 drivers to be made [at least it looks like they can be made] and 2 of those might be better. Like I said I’m after compute units so as many as I can get the better in all honesty.

You can convert the DVD bays into an extra 2-4 drive enclosure, get a PCIe raid controller and setup another 4 drive array that will work side by side with the built-in 4 bay controller. The DVD bays is also the best area to get Molex/Sata splitters to power any additional devices that you might add.

I actually still use DVD’s and CD’s, though I am looking into getting blue ray drives just for the sake of compatibility.

This forum has very neat functionality

Edit: Also I forgot FireWire! Though I haven’t used it in forever…

Well I have been gone a bit and thought to do the crown here. I went with a RX480 after all with potential plans in the future to get a second one. A local shop had some on shelf hidden away and I had asked if they were for sale and got a yes, just not all of them (they had 6 or 7). They were going to use them in builds but they don’t get demand for new machines till about april or may.

My machine has been running really well now for a month. I had to let it lay for a while and ran on a macbook for a while. It worked for long enough. The resulting machine that I am left with is beefy enough. I don’t really want to build new since I already have ram and all that. Still not sure why ram is a billion dollars.

I did consider a 980ti though. Ended up asking on some hackintosh IRC channels and the response was that the AMD driver, at the moment at least, is faster than the nvidia driver. Something to do with draw calls? I’m just happy to have it back now.