So the story begins when my Grandparents asked me what I wanted for Christmas and I had no idea what to tell them. A few days later when holding my shitty generic mouse i said Heureka, I actually have an Idea :)
I'll tell them to buy me a nice ergonomic (gaming) mouse and then finally have a nice set of peripherals (got a nice cherry brown mechanical keyboard a few months ago)

Then I was completely overwhelmed by the choices and when i finally kind of narrowed it down, I remembered that they might not play nicely with linux (currently running ubuntu gnome).
Now i'm clueless again and without much information regarding the matter pretty dang lost.

Thats why I'm now askiny you guys for your Help, Advice, and Experience.

The most important question is which mouse will cause me how much hedaches in windows ;)

Any and all help is greatly apprechiated

No gaming mouse will play nicely on linux as they would on windows, why? Cause there's no 'control center' for linux, all mice ship with windows only drivers (prolly osx too idk).
They will work yeah, but to customize the macros or change ie lighting if that's what you want you're gonna have to edit the mouse settings on windows, push the settings to the mouse and then use the mouse on linux. Alternatively you can write your own configs in linux to make the mouse work in one way but if you're new to linux that might be too hard.
So they all play nicely and none of them does, you just won't have the point and click settings configurator you have in win.

The Sharkoon FireGlider works fine in Linux. As for Button mappings, Here is a decent starting point: https://help.ubuntu.com/community/ManyButtonsMouseHowto

You can actually do a lot more mouse macros under Linux than Windows, don't know where the misconceptions come from, lack of GUI/Drivers maybe?

i think the main problem is that nothing is linux compatible or even mac. made with windows for windows

I would vouch for all the zowie mice...I got the fk2 and it is beautiful...it is a true gaming mouse...if u only want a mouse for it being a mouse i.e having great tracking and moving really smooth then i would say this is the best mouse I have ever touched

btw...its driverless...you do not need to install anything..it just works...you don't have all the lights and colours that all the other "gaming" mice have but you decide what's more important to you...the tracking capabilities performance and durability or it being a cool art piece with lights

Hey guys thanks for all your answers

They will work yeah, but to customize the macros or change ie lighting if that's what you want you're gonna have to edit the mouse settings on windows, push the settings to the mouse and then use the mouse on linux.

Thats definitely good enought for me (at least for a start)

That being said it will work, but you're gonna have to script the extra settings/features yourself.

I am sorry i just saw the thing with programmable buttons..sorry for not reading your post entirely...

So I pretty much decided to go for a Logitech g502. (really liked the feel in my hand)

I still need a mousepad and I think i heard something that level1 mousepads are coming shortly after chrismas? anybody knows anything about that? and how much will shipping to europe be??
It would be really cool I guess but the sensible route would probably be to buy a generic one and donate a few bucks to patreon.

Anyway Thanks for the insight y'all. I was just really confused and wanted some real, trustworthy answers :)

I have two computers one is running Ubuntu the other windows but you can use a virtual machine in Linux to set up your mouse.

-I recommend anything from Mionix
-Logitech 400s are nice (I use a G403 for FPS games)
-not a fan of SteelSeries. Had a Sensei and Rival 100 both began to have tracking issues in a month and died.

Brands like Zowie work fine. Basically anything that doesn't require some additional control center to change lighting color or whatever.

so i finally decided to get a g502 and am really happy with it so far...
already felt the difference in games of having quite a few more buttons on the mouse and am gonna experiment further with a profile for web browsing (which focusses on back/forewards functunality and custom script management) and one for wonrd processing/general productivity (with copy, cut, paste...)

I had some issues with the G502 personally, I think it defaulted to a particular profile that I wasn't used to (unless I somehow managed to switch it unintentionally). That was fixed for me by installing lomoco - supposedly I could customize a few things with it too. I haven't tried anything yet though.

That was fixed for me by installing lomoco

mostly living on windows at the moment because holidays and games :D
but thanks and i will definitely check it out

Part of the reason for this one was that its quite popular and with that usually comes some community (linux) support, info, reverseengineered tools...
what profiles are you running??
and does it make a difference how you configure the sensitivity (mouse and/or os)

Logitech has a bunch of 3rd party scripts to control stuff.

Mionix and Zowie pretty much just works due them being generic drivers.

My profiles are mostly default, mostly because I never feel like booting into Windows to change anything and I'm too lazy to check how lomoco works :P I'd use extra mouse macro buttons if they had them. I tend to run with low DPI as I'm a Counterstrike nut, but it's really up to preference. I'm probably going to disable or change the dpi buttons to something else because I tend to accidentally bump them. It just messes up my play.

DPI doesn't really matter for accuracy though... It should always be the same "accuracy" no matter what DPI you set it to.

I agree, I haven't found a way to manage my Logitech G402 on linux
What I do is config my mouse on windows and then try to use that configuration on linux.

No gaming mouse will play nicely on linux as they would on windows, why? Cause there's no 'control center' for linux, all mice ship with windows only drivers (prolly osx too idk). 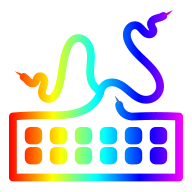 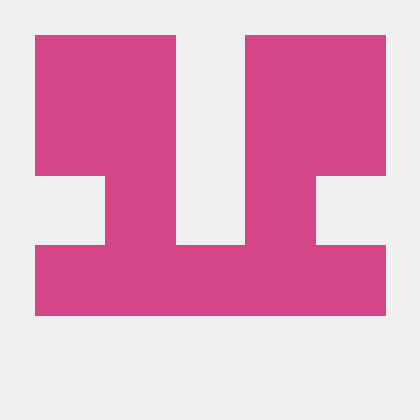 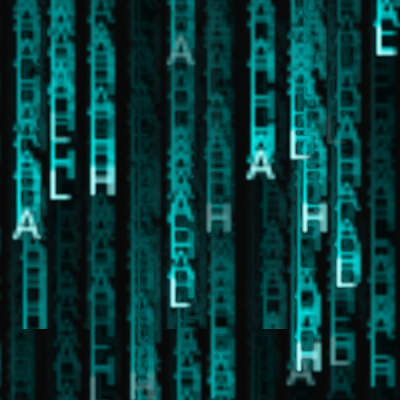 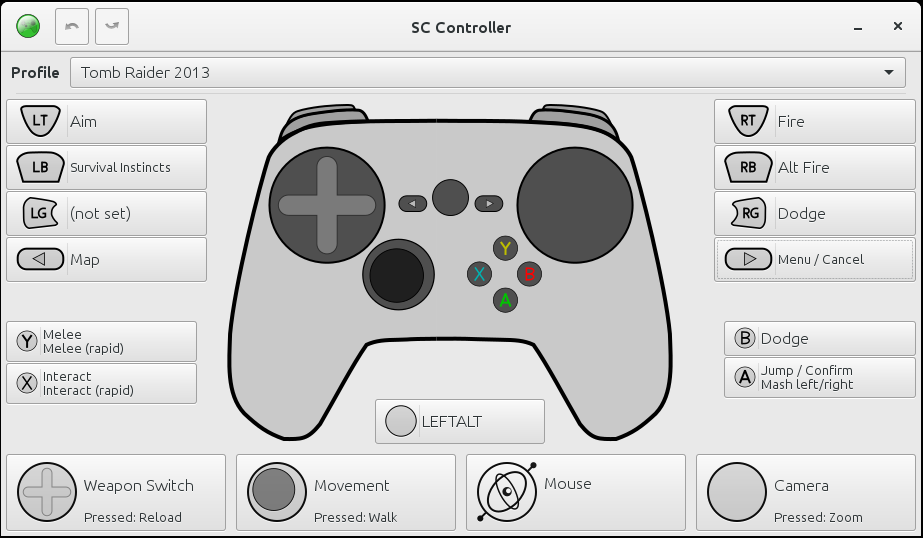 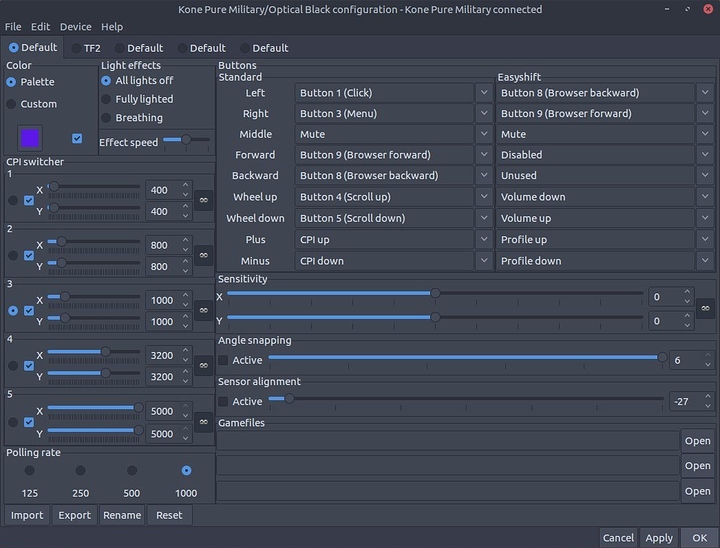 There are others too...

For the most part, I just use my Razer Naga 2014. You don't need software to set keybindings in games cause the number pad on the left of the mouse is just the number pad on the keyboard, and most games will let you assign ANYTHING in the game to those characters. You can also assign actions to the number keys above the letters and the thunb pad keys will use those too.

Great mouse for me. The only thing you can't do is set up dpi settings.