Wendell mentioned Carbon Batteries and I found this

I decided to do a quick Google search and found these:

Power Japan Plus has announced an innovative new battery that charges up to twenty times faster and lasts longer than high-end lithium ion batteries. The c 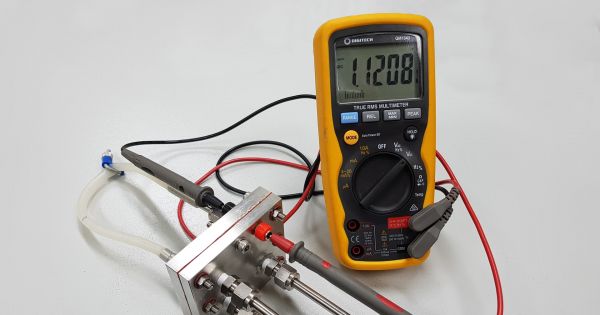 What's a proton battery? Three things you need to know.

Researchers at RMIT University in Melbourne, Australia have created a prototype of an alternative battery that runs on carbon and water.

Scientists have created a new type of carbon that could make the batteries in our phones, tablet computers and laptops safer, more powerful, quicker to charge and longer lasting. A dual carbon battery is one that uses carbon for both the cathode and the anode. Dual-carbon (also called dual-graphite) batteries were first introduced in a 1989 patent. They were later studied by various other research groups. In 2014 start-up Power Japan Plus announced plans to commercialize its version, named the Ryden. Colead Kaname Takeya is known for his work on the Toyota Prius and Tesla Model S. The company claimed that its cell offers energy density comparable to a lithium-ion batter...

Not all of these are the same implementation and it was rather frustrating that they didn’t get into specifics. I just found this interesting.

Any thoughts on this? For me it seems interesting but until I see a feasible manufacturing process I don’t know how useful this will be.

Dual carbon batteries would be great for electric vehicles.

I would love to see an ebike with those.

I haven’t deep dived into batteries. However I get this feeling these techs could work but would be more expensive than Li-ion. So as humans we will use up all the Li on the planet first then build something else.

I bit like Australia doesn’t want to ditch coal because we have 800 years worth. There is not even much interest in electric cars here either. Last time I checked the government was also happy to have petrol vehicles until 2030.

This is a good series on battery tech in Tesla mainly but covers other manufacturers and discusses the make up and reasons why the batteries are made the way they are curently. Such as more silicon content allows more capacity but also expands 400% during charging so has physical constraints.

I just bought my first BEV and it’s been a revelation for me but comes with plenty of caveats for the average Joe.

Very interesting. In the US it’s slowly becoming easier to own an electric vehicle but they still just don’t have the range.

There is a lot of promising new technology for batteries. Like a graphene supercapacitor would be superb for cars, and there was also that recently https://electrek.co/2018/09/07/bmw-i3-100-kwh-battery-pack-lion-smart/

The only problem for all those alternatives is there is no readily available way to mass produced it (like in the case of graphene) or there needs to be an important decrease in price so they can be interesting. Lithium ion batteries, with all the shortcomings we know off, are still the number 1 choice because the manufacturing process is well oiled and efficient, alloeing for big productions at decent price. It will take some years for the other option to catch up, unless there is like a massive amount of funding and breakthroughs.

Well I mean we’ve had carben batteries for a while now. Its not like they’re hard to find either. Most ‘heavy duty non-alkaline’ batteries you find arun’t ni-cad, they’re carbon. I get them from dollar general a lot for controllers.

Don’t use them in mice though they last like 8 hours. They’re only good for extremely specific things.