I’m having a problem with a dead laptop Acer A515-44 from which I would like to recover data from the WD PC SN520 M.2 disk, which came installed with the laptop. I bought an external M.2 enclosure, and connected the adapter to my PC via USB C.
The adapter itself gets recognized, but the disk doesn’t. I tried also with another M.2. WD blue 250Gb disk, with the same adapter, and everything works fine, it recognizes the disk immediately. I also tried with a second adapter and no luck.

I have never had such problems with disk readings, and I am quite experienced with IT and PC hardware. To me it seems like the WD PC SN520 M.2 disk doesnt have a controller on board,

and there for it doesnt get recognized at all. Is that even possible, what do you guys think about my issue?

Any help would be much aprichiated.

I added the pictures from Disk managment and the disks which I’ve used. 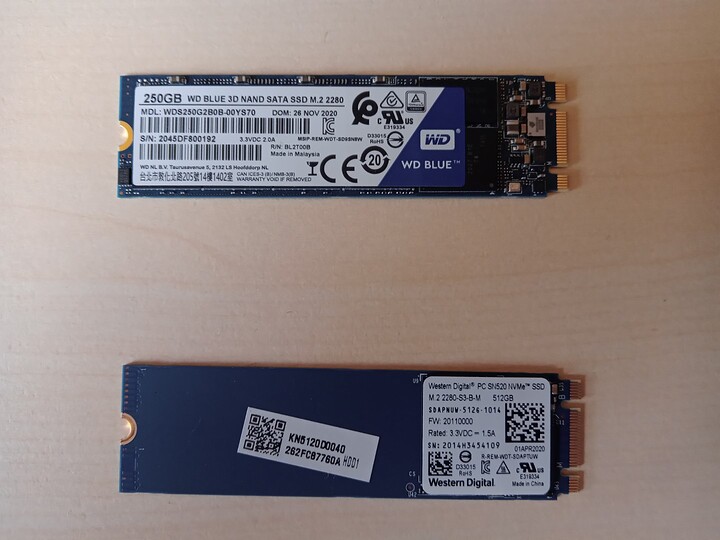 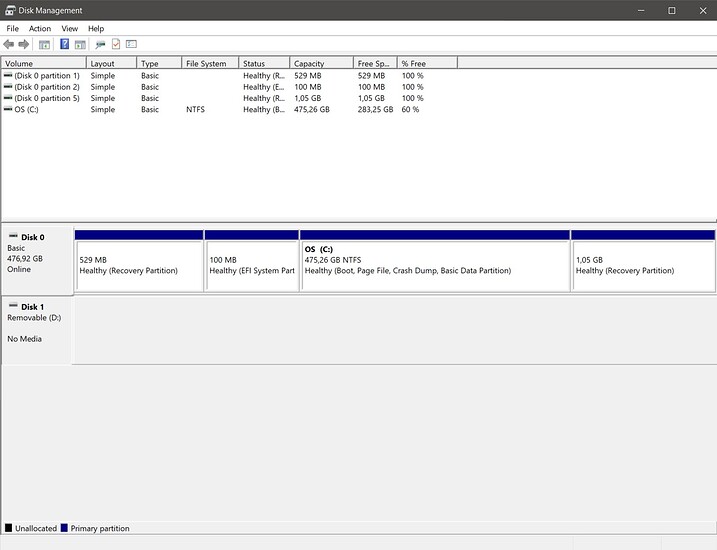 To me it seems like the WD PC SN520 M.2 disk doesnt have a controller on board

So in your photo the top M.2 drive has a SATA interface while the bottom one is NVMe. They are two different technologies but share the same M.2 form factor.

Edit: NVMe drives are normally keyed different to prevent this type of confusion. Strange that Western Digital used a B&M key on it.

NVMe drives are normally keyed different to prevent this type of confusion. Strange that Western Digital used a B&M key on it.

That’s what I was thinking too. I checked the picture and was like “naahhh…same key, isn’t a SATA vs NVMe problem” and went on. But good thing you paid more attention to the labels

And I agree. Putting them directly into the M.2 slots on the motherboard should do the trick.

It’s only because I read the bottom drive’s label first… then I started questing my sanity when I saw the key. My first thought was that the label was misprinted until I found more pictures on Amazon. Such a bad design choice