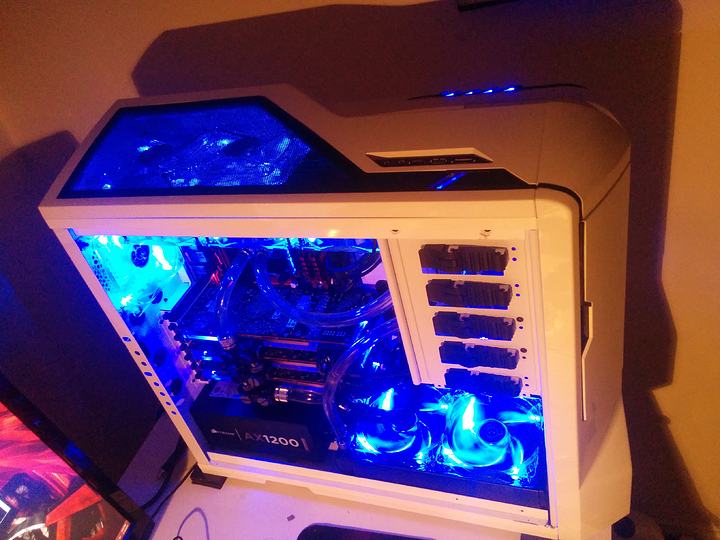 Finally after about a month of returns, RMAs and frustration, my watercooling build is finally complete! This build was initially meant to turn my original gaming rig into a mining rig. 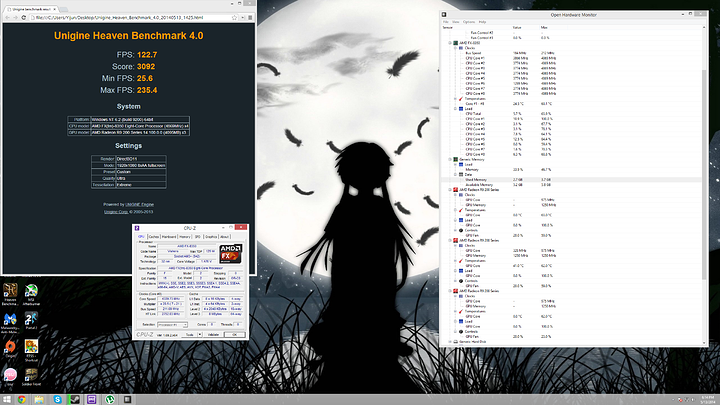 Process (sort of...)
After I took this picture I realized that I forgot one of the thermal pads and had to redo the padding
http://i.imgur.com/N2vrlN8.jpg
Final Result
Final thoughts
This build is pretty unbalanced as a gaming machine, but served rather well as a mining machine. Although I play BF4 almost exclusively right now and mantle is actually working quite well for me. Hopefully I can do some benchmarks soon. Mining with this thing at 2.6 mhash/s paid of almost all of the components ;). The reason I stuck with the 8350 instead of going high and Intel was because an OCed 8350 is roughly equivalent to a 3770k/4770k at stock and the jump in performance wasn't enough to justify buying the intel. In addition, I had exhausted most of my funds and could not afford socket 2011. Will definitely consider a 3930k once the new generation comes out or even the upcoming 16 core AMD processor.

Still Trying to decide on a name for my rig. Any suggestions or feedback is greatly appreciated

Have a nice day!

Wow I'm actually very surprised by that. I appreciate 290s require quite a lot of power but surely more than 1 kW is enough. Are you sure it wasn't just defective? Because increasing your wattage by a mere 150 W to resolve the problem probably wouldn't have been my recommendation if wattage was indeed the problem.

But glad it works!

You ever figure out how much power that thing is pulling? Damnit. I want one.

That is one of the coolest PC builds I have seen! Nice job!

You might wanna check your figures. A 290x at full load only pulls 310-ish watts. A D5 power draw depends on voltage set at; A 12v D5 will draw 23-25 watts (model/manufacturer dependant)

As for naming it, AMD is prodimantely red whilst your fans (blue) and case (white) are quite cold in colour.... so something along the lines of "Fire Ice" or in Latin (and words switched) "Grando Ignis"

looks very nice, but how are you still sleeping with all that blue? ☺

@MisteryAngel With much difficulty XD. Actually all the LED fans and the Blue LED strip are connected to the fan controller on the phantom so when I crank those all the way down the fans are inaudible and the light is not too bright