WARNING: Don't play Battleye Multiplayer games in a VM. You could be banned. (Rainbow Six is a definite ban) 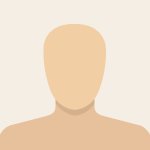 This was also a user of Looking Glass. @gnif

Battleye work with Wine could also be in jeopardy because Ubisoft (and in turn Battleye) is taking a hostile response to VMs.

a couple years ago i decided to take a stand against bad company, and to never ever buy product again from them until they publicly recognize abusing there power, apologize and refund impacted people.

Ubi is in it for a long time, and i refused a job from them ( plus it seam to be a very hostile workplace )
Same goes for EA and other

It limit the game you can play and with who, but i feel like people giving a company money while knowing how anti-consumer they are are actually part of the issue.

TBH here: One post of a random guy on the internet is no evidence for a general take on the matter.

Who knows what that guy did to his VM, or if he was actually not cheating.

Considering though that it’s Ubisoft I ccould see that they’d do that.
Same with EA or Blizzard, all of them are very anti-customer.

At the moment Blizzard have yet to ban me from COD:MW

As I keep saying, while it sucks that Linux users can’t play MP games that aren’t ported, this isn’t a huge leap of logic. Nobody complains that pirated games don’t work online, and this is similar. You may have paid for it and all of that, but when you pay for software and ignore the specs, shit will happen.

Battleye seems to be super touchy regarding VMs. They can change their minds at any time.

But still, when it comes to this, no tux, no bux is the safest thing to do. Also don’t support invasive anti-cheats.

no tux, no bux

is a fair and perfectly valid stance.

But also don’t try to emulate said games and expect the game company to give you a pass.

Here’s a list of games with Ring 0 Anti-cheats.
https://levvvel.com/games-with-kernel-level-anti-cheat-software/

I played Battlefield 3 on the 360, so that doesn’t count on PC. Never had an Origin account, probably gonna wait for EA stuff on GoG if I want a EA game.

My brother plays War Thunder and that was only recently it got EAC. That screwed me in giving him my 3600X system with GTX 1080 for Wine + DXVK.

Just give him windows, don’t convert family, otherwise you are the unpaid slave labour tech support.

Overwatch and WoW are the big “they can pull support at any time” games.

We already got screwed by Rocket League, so don’t support Epic’s games.

I am already the unpaid tech support… On top of the abuse I face everyday. He also said he’ll use it only for Summer and Winter breaks where I can maintain it for him.

I am already the unpaid tech support…

That is on you to resolve. I am my family’s tech support, but I’ve set up and educated them in a way where I never have to do anything to help them. I could move out and they’d be fine with the shit I leave behind.

Yeah, my Dad tries to open .pdf.exe files on a daily basis, and thinks Malware won’t steal anything valuable and that only young people are concerned about computer viruses.

Guess what, you have no obligation to fix that if he isn’t willing to learn, lock down your shit and see the fireworks pop as your family ruin themselves. Why put yourself on the spot and make life harder for yourself?

That’s a long standing personal problem. They make me the lightning rod.

Anyways, avoid Battleye for VMs. Even PUBG is not safe.

Or… Just don’t play MP games online in a VM in general.