Want to move to linux, but gaming?

In my experience gaming in Linux is best done with single player games that don’t update often. Aside from the anti-cheat problems, multiplayer games tend to update frequently as new content rolls out. These frequent updates can cause problems with Proton, Wine, Crossover or whatever ‘emulator’ you’re using. And then you’ll have to wait for a Proton or Wine Update, or mess around with your Wine config (sometimes for hours, or even days) to get it working.

Some features also aren’t supported. I have a Windows gaming rig dedicated (mostly) to VR gaming because my headset manufacturer (Oculus and Facebook, all hail the Zuck) won’t support anything other than Windows. OTOH, I recently got my Fedora gaming laptop working with pretty much every game I want to play these days (mostly Pathfinder, Fallout 4/76 and Cyberpunk) so I’m all set for mobile gaming. So far F76 hasn’t broken

though it was a bit of pain to get working, as has been par for the course.

Some anticheat software bans VM users. I can’t 100% recall but I think BattlEYE definitely does.

You won’t instantly receive the ban, you will know after a couple months when they do a bundled ban update (where they ban a huge number of people all at once).

I do that now actually.

I like this for dual booting, even going so far as to unplug the other OS drive when doing first install

guys what about tweaking cpu agrs in vfio vga passthrough setup and isolating memory to make the hypervisor invisible to windows and the apps?

Try it; but yeah. Lots of movement to ban VM’s because VM level features is how people are spoofing their hardware allowing them to continue cheating in games… I know this first hand as I’ve talked to someone doing exactly this.

Reason for cheating is simply to win no matter what. Winning even via cheating is considered more important these days… unfortunate.

what you mean “Lots of movement to ban VM”?
even you passthrough every physical device(nvme ,usb pcie,NIC pcie…) the only thing you cannot passthrough is the chipset and the L3 cache!

This should work! If I had the money I would be doing this too. Of course as mathew2214 mentioned it will depend on your motherboard’s IOMMU groups, however this may not be an issue. I would recommend just grabbing an old hard drive and install Manjaro (There are some good tutorials supporting it) and try it. If it works you would have a great setup.
I don’t know about the anti cheat in vm stuff, I haven’t had that issue with any anti cheats in my vms.
Update: BattleEye appears to be kicking vms now.

@Trooper_ish @alfred_einstein @thro @wertigon @Log @mathew2214 @Razorline I came across an article written by Liam Dawe, a contributor to Gaming On Linux. The article’s name, BattlEye, confirms that Linux support for Steam Deck will opt-in like Easy Anti-Cheat. As I understand the composition for native support of Battleye and Easy Anti-Cheat to have permission, it will be up to the individual game developers to enable a few tweaks. Still, the ability to run both Battleye and EasyAnti-Cheat will be available. I am now somewhat optimistic about the future of gaming on Linux. I thought I would post a Linux about this article in case no one else has heard this news.

BattlEye confirms Linux support for Steam Deck, will be opt-in like Easy Anti-Cheat.

Thanks for posting, and I appreciate that.

I understand a lot of these things are down to the developer, but Valve’s hint that all the old games will work on the machine does not hold water, when they are still blocking CEG titles from running on Linux.

Allegedly, this is Valve’s own DRM, which they have made a shim for some old games, but not others.

I understand developers abandoning their old titles, and don’t hold it against them. They already got their money, and moved on.

But when it is valve itself holding back… that’s just a little annoying.

On the flip side, it is good for future, even if the Battle eye etc is only designed for cloud games streamed direct to players, rather than locally run linux games (I have no idea if this i the case, but nVidia did similar, and linux as a whole kinda benefited?)

One example of the CEG thing; COD:MW3. Valve modified something to let the multiplayer run via proton, but not the single player. which just seems the opposite way to the ongoing trend…

This could be HUGE. 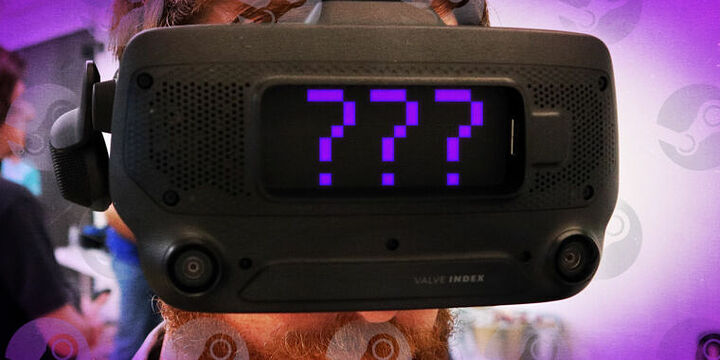 Some info has hidden in plain sight as far back as January—but will it ever launch?

Linux needs to be getting on the VR scene in a big way, its a chance to one-up Windows while the market is still new.

If it’s close, i’ll jump to this from the Quest 2 in a heartbeat.

I have changed my mind on the future of Linux gaming, and it isn’t looking too good. I just read an article written by Liam Dawe, a contributor to Gaming On Linux. Here is a link to the article in case you missed it. The only hope gaming has on Linux is if game developers start providing Native Linux games, meaning no Wine or Proton compatibility layers. What do you think?

Proton is a good start. If it gives metrics proving the viability of linux gaming, and the performance is there (and it is), AND valve provide linux platforms like the SteamDeck and the headset that provide a viable native platform - it will happen.

But without Proton we’d never get there, due to the chicken/egg problem.

Windows isn’t cheap. Modern games seem to be easier to get running via a compatibility layer than older games. Its not uncommon to have games either working on day one now, or actually officially supported under linux.

Meanwhile, Microsoft is doing things like putting ads in the task bar…

Meanwhile, Microsoft is doing things like putting ads in the task bar…

They use them to improve user experience and also justify the purchase of the new Intel CPU with efficiency cores that run ads, RGB and my Dell apps seamlessly

I’m rather impressed by Proton. I first used it about 2 months ago. I don’t game much, but I ran like 10 games while 2 are/were brand new. Had trouble with a single game, everything else just worked with proton-ge.
I was a bit disappointed because I installed all the packages for QEMU/KVM and dug into GPU passthrough before moving to Linux. Just to find out I don’t need it for any of my games. My paradox titles have an insane low loading time compared to windows. I’m a happy user and I’m looking forward to future developement, but status quo alone is good enough for me.

Windows isn’t cheap. Modern games seem to be easier to get running via a compatibility layer than older games. Its not uncommon to have games either working on day one now, or actually officially supported under linux.

I actually believe the future of games lies in virtualisation and a “Game VM” - think a specialised edition of VMWare or Virtualbox that is assigned a set number of cores. This way you boot an entire O.S in something like 3-5 seconds virtually and give it as close-to-metal access as possible.

If only there were a license-free OS that can be freely configured to boot a minimal environment that support Network, USB, audio and Vulkan/OpenGL…

I actually believe the future of games lies in virtualisation and a “Game VM” - think a specialised edition of VMWare or Virtualbox that is assigned a set number of cores. This way you boot an entire O.S in something like 3-5 seconds virtually and give it as close-to-metal access as possible.

My opinion on that differs… i fully believe the future of gaming is AR/VR. Not in its current form (our current gear is still very early bulky, narrow FOV prototype shit), but less bulky equipment, etc.

You simply can’t compete with the level of freedom/immersion in a 3d environment with any number of desktop monitors (and for anyone who hasn’t tried VR yet, really - try to get a go on some decent modern VR gear - i was a naysayer until i tried it).

Guess which headsets are going to dominate that? I very much suspect Valve’s new standalone headset will join the Oculus Quest 2 and future Facebook devices in that.

Guess what OS those platforms run?

You can use WSL2 to dabble with Linux without going full turkey.

Gaming can be channelling under Linux, especially if your into VR or Multiplayer gaming. Two extremely poorly handled segments of gaming under Linux! I’m sure it’ll get better, but atm its still crap. (I know about the AC news, but nobody has moved the needle yet, all AC games still windows locked)

My opinion on that differs… i fully believe the future of gaming is AR/VR.

Oh, yeah, when I said “gaming” I of course meant PC gaming. Given that all AMDs are going to come with an APU going forward, the VM can allocate resources (CPU cores and perhaps split the GPU in the future?) and then it behaves pretty much identical to bare metal. This path does not exclude VR/AR.

I believe nearly all proprietary software will need to go this path eventually, in order to ensure an always running environment. However, it will take quite a few years more before splitting a system in this way becomes commonplace, we’re talking maybe 2030.

i fully believe the future of gaming is AR/VR.

I really don’t. It’s not about the current hardware, but the practicality of it. VR requires such a wide, unimpeded space that too many people just don’t have for it to ever be the dominant method of playing videogames.

Not really. I use my VR headset mostly seated for flight sims and racing games.

The big big thing that no monitor setup can replicate is depth perception from having two lenses on your eyes.

It makes racing games for example sooo much better as you get proper depth perception for placing the car.

The standing/moving thing sure you need space. But that’s not the biggest advantage of having head gear in my view.

It will also be massive for productivity purposes. The res isn’t quite there yet but virtual desktops ain’t got nothing on placing windows wherever you like in 3d space. It’s just right now the resolution isn’t quite there and the head gear is uncomfortable to use long term. That will improve.

So in your future of PC gaming, all games are racing games or flight sims?