I have been thinking about my next build. I still want to center my machine around VM’s. I want to be able to have some card for a display, have my other cards go to a Windows VM and a spare for either use in linux itself or in another VM.

I originally tried to do this with a gen 1 3900X, however I broke it by accident, and even then when I tried I basically pushed the chip all the way to the limit, and it just couldn’t do it. I was hoping the tech on the IO die would help, but either my chipset was too early, or it was just the wrong processor. It would just… refuse to passthrough. I did everything right, and when I tried to boot stuff… nothing would happen.

So, I’m thinking about what I could do. I was told threadripper would be a good possibility, I was even thinking about first gen Epyc on that ITX asrock board. Point is, I can’t drop a stack on a 5800X or something like that, nor the newest board. If I could even go X370 or X399, bonus cuz those boards are cheap, I just don’t know if any of them are even… Good.

Its been 2 years since I put that first machine together, and we have some newer tech now. But with what I am aiming to do, I don’t need the newest thing. I just need a capable chip.

I don’t really care if the processor isn’t The “BeSt FoR gAmInG”, it’ll be better than what I have. Just unsure what to look at.

Two; top end X370 boards were not terrible and can be had for sometimes reasonable prices on eBay, and they have AGESA updates to support Zen 3 as of a couple months ago.

Four; X399 or even old SP3 boards are not a terrible option for just spamming PCI-E if you don’t care about being stuck on Zen 1/Zen+

What OS did you use? Honestly VMWare ESXi is the best thing to use for a project like you are describing.

Original Threadripper is the cheapest option if you just want PCI-E lanes and don’t care about modern CPU performance.

Since you mentioned a first generation Epyc as an option, I have to point out, that when you look at benchmarks those don’t hold up that well, even though they have many cores. On the upside, if you choose this platform you can have an edge on memory intensive workloads since, those Epycs still have 8 channels and of course there are the advantages that come with server/enterprise grade motherboards. If you look out for it, IPMI for example is an option here. Those are just my thoughts on the topic.

Theres 2 gens of the 3900X as there was a bug that needed a patch. XT line came out and replaced it then they renamed it back to 3900X.

They renamed it back? I never knew this. I have a first gen 3900x, never had an issue with it. Runs flawlessly and cool.

The issues had to do with the VFIO platform and the IO die, and how some other things worked that in specialized environments, college labs for example, the chip would fail tests outwright. In normal desktop use you won’t have problems.

You can tell this by the ID code on the CPU. After a point they fixed it, it got melded in with the XT, and some of the XT fixes got melded back

For the stuff I do, I have basically been doing the same shit since I owned an AMD Phenom 955, with added upgradces as my needs have changed over time slightly. When I try a lot of stuff with Intel I get weird hangups. If someone has some reassurance about it and can post something about their experience, I might try it.

ATM I’m on an X79 system and I had to overclock it to make it play games correctly. Never had that on an AMD system, even an out of date one.

Considering the size of your peripherals + count, I imagine ATX (+) is expected sizing

For likes of x299, a good lot of them boards will offer dual Gb-NICs
The PCIe divvying will vary greatly - help to look at the layouts, for desired slot support
Can go for something like a i7-7800x [on the cheep side], getting feel of the platform 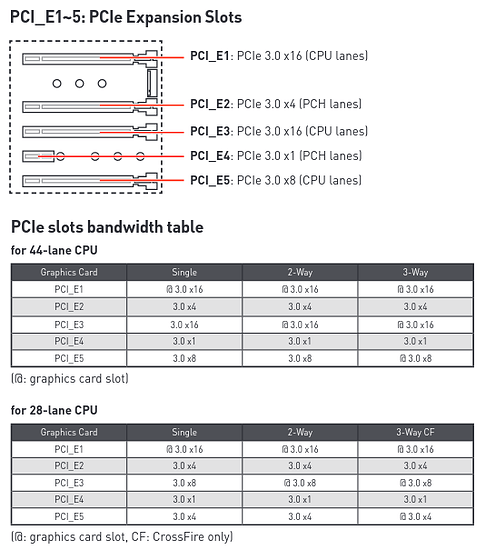 LGA3647, I just don’t see much of, but the pricing been going through some plummets

SP3 may need to be read up, on per mainboard basis
Some boards may support ALL Epyc series, or may only support a particular Gen _
Epyc CPUs have the same qty of PCIe lanes - ultimately choosing between core ct./freq.

Re: Gen1 TR
For gaming, I’m sure not nearly great [compared to competition then], but should do fine

My experience with Noctuas sTR4 3U heatsink, has been rather welcoming [1920x]
But I could foresee it being overwhelmed, should a beefier TDP chip be used [220W+] 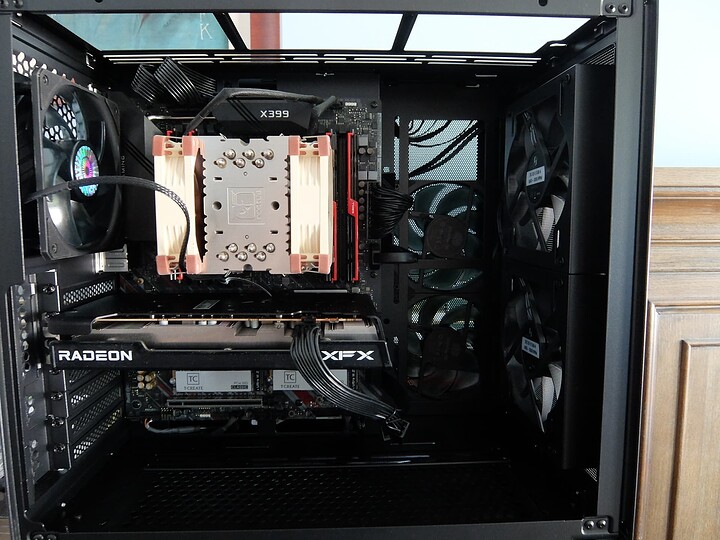 You have that weird card that I’ve never hard of so I’m not sure if you’re doing some kind of special processing… if you’re handling video workloads I would say go with ESXi and a Tesla M40/K80/M60 or something like that.

if you’re handling video workloads I would say go with ESXi and a Tesla M40/K80/M60 or something like that.

Brud if I were doing video I have G5’s and PS3’s doing dick all and my desktop has a 290. I could do something WAY better than a single desktop are you kidding me?

However your point on IO makes me thonk

No doubt - didn’t know what you were doing with it so I was speculating.

You have a bunch of PCI-E cards (similar to what I am going through but I’m poverty tier) - if you’ve been saving up since the 290 generation for a new box and you feel like now is the time to pull the trigger, That’s how I’d do it.

The alternative would be Threadripper Pro… but be ready to shell out pallets of cash… even TRX40 is expensive as crap.

You have a bunch of PCI-E cards (similar to what I am going through but I’m poverty tier) - if you’ve been saving up since the 290 generation for a new box and you feel like now is the time to pull the trigger, That’s how I’d do it.

No actually I got my 290 recently for a steal XD its just what I have.

The alternative would be Threadripper Pro… but be ready to shell out pallets of cash… even TRX40 is expensive as crap.

Why in the god damn would I go past TR 1? And I don’t say that in tense, I mean just anything past TR 1 is a rip off.

Older EPYC is going to be more difficult/quirky to build, slower clocks for single thread and likely more expensive in terms of board, etc.

Unless you need the PCIe, but if you’re considering 3000 series at all I’m guessing you don’t.

Older EPYC is going to be more difficult/quirky to build, slower clocks for single thread and likely more expensive in terms of board, etc.

Compared to an X79 system I don’t think I care 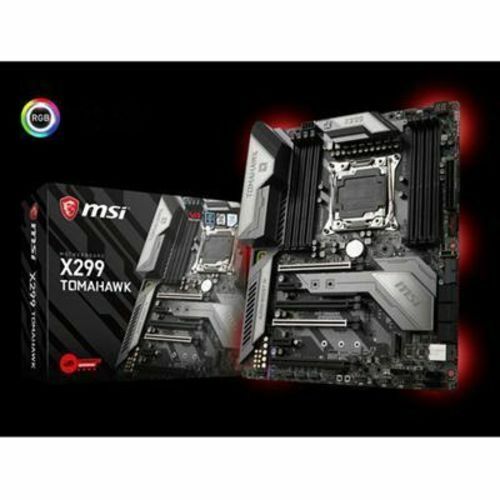 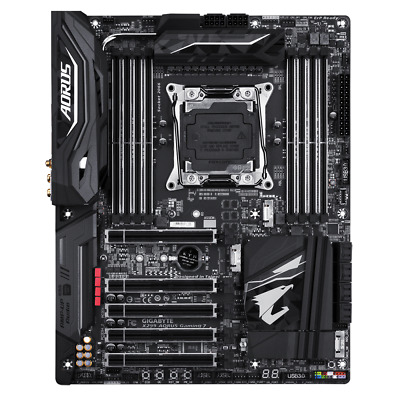 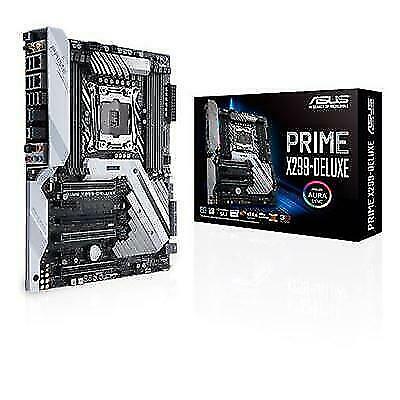 Find many great new & used options and get the best deals for ASUS Prime X299-deluxe Lga2066 Ddr4 Motherboard ATX at the best online prices at eBay! Free shipping for many products! 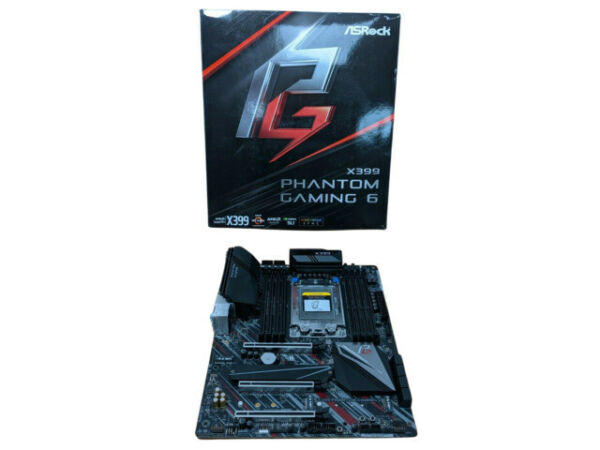 Find many great new & used options and get the best deals for ASRock X399 AMD TR4 Socket Phantom Gaming 6 at the best online prices at eBay! Free shipping for many products! 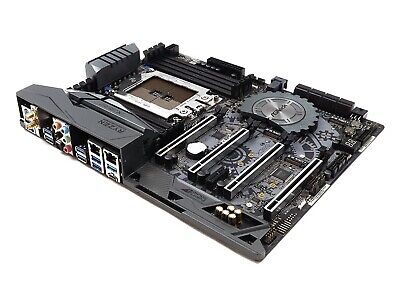 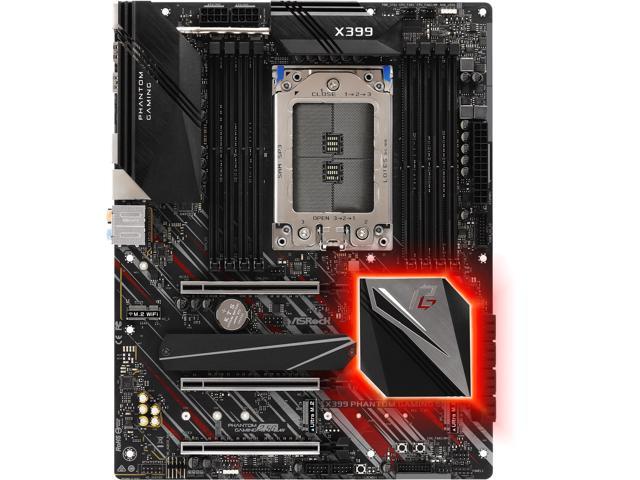 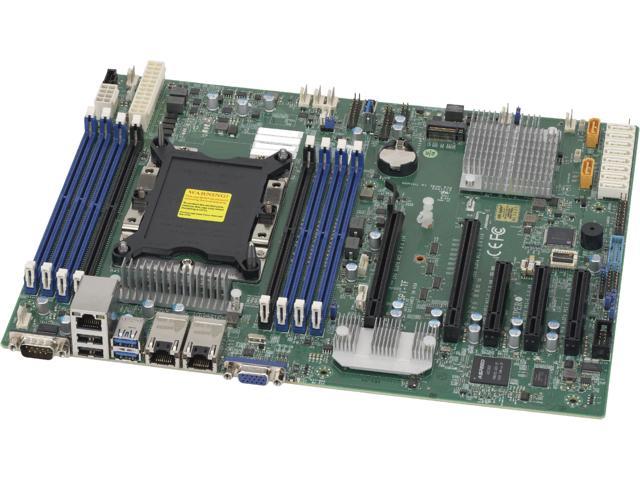 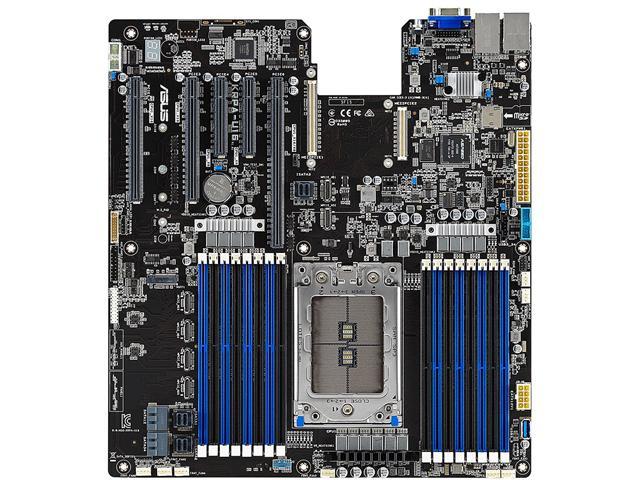 That last board looks crazy I love it