Dynamic mics pick up less of their surroundings because they are less sensetive, yes. This increases signal to noise ratio to a point where you can amplify the mic signal without ending up with tons of noise.

Yep, but amplification will introduce more self-noise at the amplification stage, so it is preferable to have a louder signal from a more sensitive mic to begin with and use a lower gain setting.

Condensers by comparison are more sensetive and very good at picking up small vibrations.

A 20 dB impulse hitting the membrane on a condenser might translate to a (completely arbitrary and made up unit of) 50 loudz in the wire, but the same impulse hitting a dynamic’s membrane might only translate to 30 loudz. That scaling would apply to every sound however, not just those that come from the background. There is no dynamic expander in the microphone reducing the effect of “small” vibrations, the mic can’t tell the difference between a background or quiet sound vs a loud one, they all register.

Hahah, yeah, don’t get a ribbon mic for this! lol

I always thought dynamic mics can handle higher soundlevels, so you can get them closer to the source and therefor effectively make it louder in comparison to everything else.

The same happens in photography with light. You get your main light closer to your subject, effectively making it brighter. And in return you have to compensate by lowering ISO (sensitivity / amplification) which in turn makes the background darker.

The trade-off on the dynamic mic is the need for amplification or at least more of it compared to condensers.

The AKG P170 can handle STUPID high levels. You will go deaf in an instant (130 dB) and that thing is like

, even without the -20dB attenuation.

It is a small diaphragm condenser though.

Sorry for offtopic. Just that thing. If you ever need to record jet engines, get a P170.

I always thought dynamic mics can handle higher soundlevels, so you can get them closer to the source and therefor effectively make it louder in comparison to everything else.

Spot on! They’re great for recording explosions, or for comedians with no respect for electronics to smash against their knee while laughing. They’ve long had the reputation of being tough. (Not that condensers can’t be hardcore motherf*ckers)

The trade-off on the dynamic mic is the need for amplification or at least more of it compared to condensers.

Yep, which again is paralleled in photography by a slow lens with a tight aperture forcing you to increase ISO, in turn bringing more noise during the amplification stage.

But now for some recommendations!

I don’t think a price-is-no-object option would be very helpful, so I’ll try to suggest things that would make sense in a $300-ish setup.

Though the Let’s Play YouTubers have stained its name, Blue Microphones’ Yeti is actually pretty good.
The AT2020 from Audio Technica is a legendary bang-for-buck microphone. AFAICT it’s used by Jock Willink on his podcast, though without a pop filter. He needs a damn pop filter.
And of course, the previously mentioned podcaster from Røde. I haven’t tried it myself, but people seem to like it, and its Røde, so it at least won’t suck.

Again, as with photography, lenses are forever, and cameras, once they get to a certain point, aren’t quite as important anymore as long as they do what you need them to. Here, you basically just need an XLR input, and possibly a headphone output that gives you live monitoring of the microphone (lets you hear yourself). Most people hate it at first, but get used to it, and it’s amazing.

Stuff like shock mount, boom arm (arm, not pole), pop filter, XLR cable and quarter-inch adaptor for your headphones. Literally whatever. It’s mostly the same, just don’t pick the way cheapest option. I would first check with a local music or audio shop to see if they have simple generic alternatives for this stuff. Second cheapest option should work fine.

I know sE Electronics had a starter kit named X1-something, but I can’t find it available currently. It comes with a pop-filter, shock mount, microphone and XLR cable.

Dude, the analogy of interfaces to camera bodies just made something go click in my brain.
Thank you.

What pop filter do you guys recommend? Or anything else in addition to the kit?

You can probably slap a simple one of these on there. It’s easier to get in close with those as compared to a traditional mesh pop-filter.

Oh of course they make one for it.

What about pop filter?

What about pop filter?

Do you need one? Try it as is for a bit.

You could go with a dynamic cardioid mic. I’ve got a portable air conditioner right now behind an SM58 and it barely registers it. Have to be close to the mic, though (or crank up the preamp).

Do you need one? Try it as is for a bit.

Oh yeah, you’re right. After watching this I think the wind shield will be sufficient. 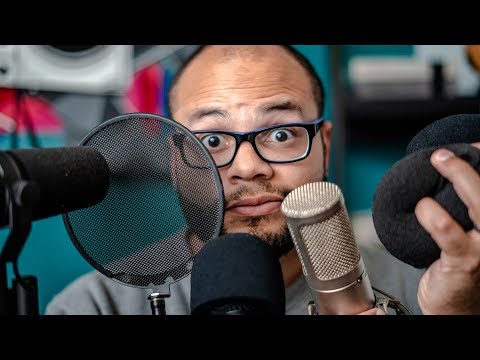 It’s easier to get in close with those as compared to a traditional mesh pop-filter.

I see what you mean now.

You could go with a dynamic cardioid mic. I’ve got a portable air conditioner right now behind an SM58 and it barely registers it. Have to be close to the mic, though (or crank up the preamp).

I’m going with that Rode Broadcaster kit above (which is a dynamic mic).

It sounds good but definitely needs the foam windscreen for plosives. Gonna order WS2 from B&H tomorrow after Rosh Hashana break is over. 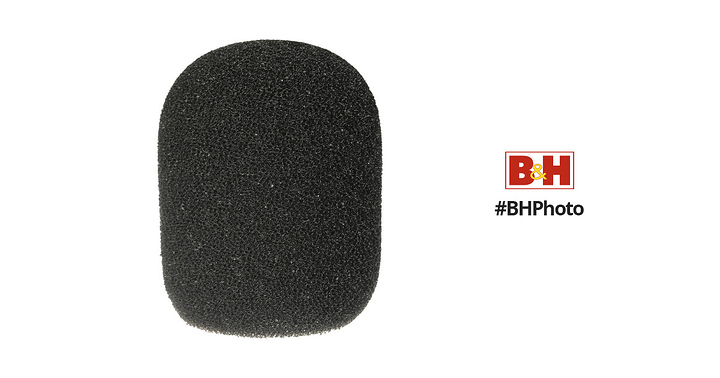 Yeah, I imagine it’s similar in LA for Newegg. It’s almost always next day delivery for me, and I’ve heard you can arrange to go to the navy yard and pick up things in person that’s aren’t available at the retail location.

They have put a lot of other people out of business here. There’s really only Adorama as an alternative, which is also jewish-owned, so if you need something on a Saturday or jewish holiday, you’re pretty screwed.

Yeah, they seem to run a good organization. Assuming you been there in person do the people who work there seem happy? (generally microcenter people do to me)

The people in the store do, and they have a crazy conveyer belt system where a sales rep takes your order and its delivered to the sales counter when go to check out.

But there have been somewhat frequent reports of poor pay/treatment/etc of the people working the store rooms and similar. I’ve seen protests outside of the store location (not as a part of the current protesting trends, but over the years).

I guess that’s how it goes though. Just like Amazon, you don’t get that big and price everyone out by compensating lower level people any more than you absolutely have to.

I think the margins are pretty thin actually. It’s all volume.