Apart from the fact that the forum name is white on white..

..there are many occasions where there is medium gray text on light gray background, which is quite difficult to read, like this:

And the various buttons under the posts have the same problem:

In my opinion it would be ideal to adjust the theme to have a lighter background color, or at least a darker color on top for things like links, etc.

There are addons for chrome and firefox that inverts the background pages of websites to a darker version. Try that.

The theme is still WIP, this is all known

As mentioned in the other thread where this popped up (don't even know which it was): I use deluminate which is not just strictly inverting everything, but tries to be smart about it.

The theme is still WIP, this is all known

My goal was to make some noise, so this might get fixed sooner

Also, I thought that there are probably only a few people using the light theme, so it might be unnoticed except for a few people like me. Btw: I find the new light theme to be much better already. Just a few things to iron out and it's great

There are addons for chrome and firefox that inverts the background pages of websites to a darker version. Try that.

I have heard of those addons but I don't want to install a browser addon just for this.

t want to install a browser addon just for this.

heme is still WIP, this is all known

Calm the fuck down with the winking and sticking tongues, ya'll look like thirsty creeps with those contextually poorly used emojis. 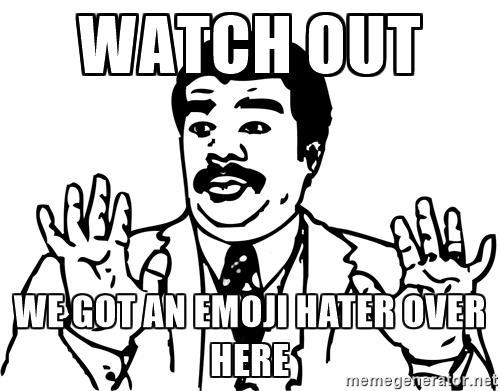 Sorry, I don't hate emojis and I think you might've missed the boat again. I just like reserve my needless winking and sticking tongues for DMs and Tinder app. Not to end every other sentence with it as a period on regular convos, that's just creepy.