i figured if i went to a 1 UPS with bigger external batteries i’d save space and increase run time!

Go big or go home? 100ah to 200ah batteries? that last a while! no worries with self hosting stuff! lol

the only thing is limited space, then i got to thinking about the crawl space. it never gets hot but, it can get cold, thankfully if things get to chilly the house has a wood stove which coincidentally also heats the crawl space.

There i figure an chillier night it might not help the battery any but, nothing TOO cold BUT, especially nothing too hot. less worry of degassing and hydrogen! it’s not too stuffy so i wouldn’t think much of gas build up. generally speaking other than getting chilly it stays around a moderate tolerable temperature?

Make sure the UPS can handle the inrush current from the batteries.

Even good quality versions of this are not cost prohibitive (when you need them).

Make sure the UPS can handle the inrush current from the batteries.

Even good quality versions of this are not cost prohibitive (when you need them).
https://www.youtube.com/watch?v=babtv00R-Nc

probably at absolute max not too much more than 400w if that.
maybe this helps? 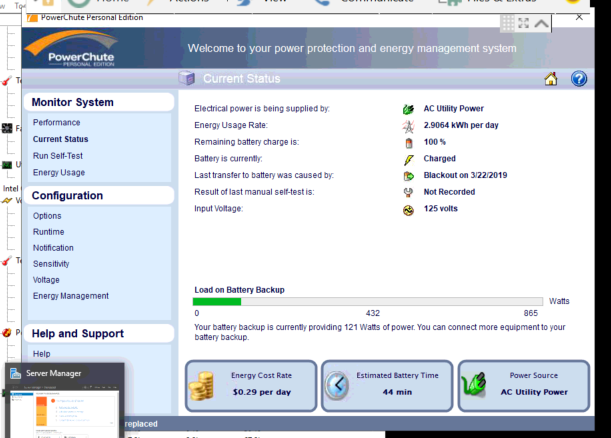 this is with all devices plugged in to a single UPS 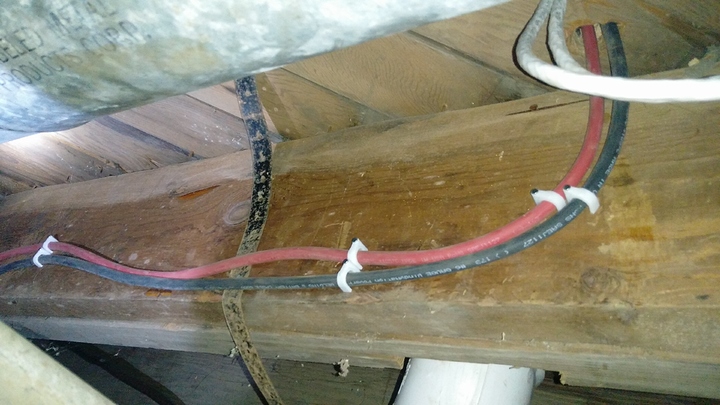 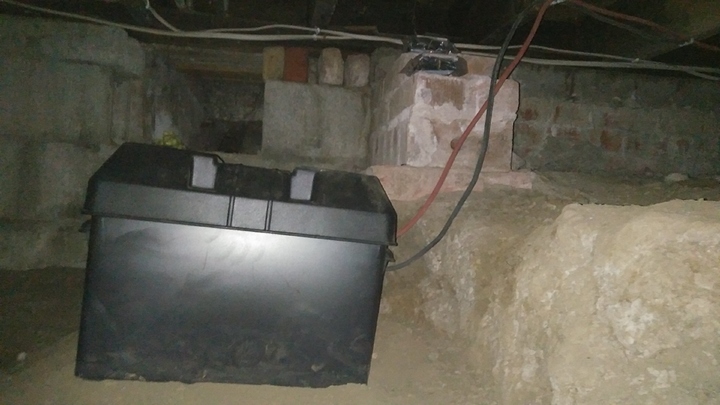 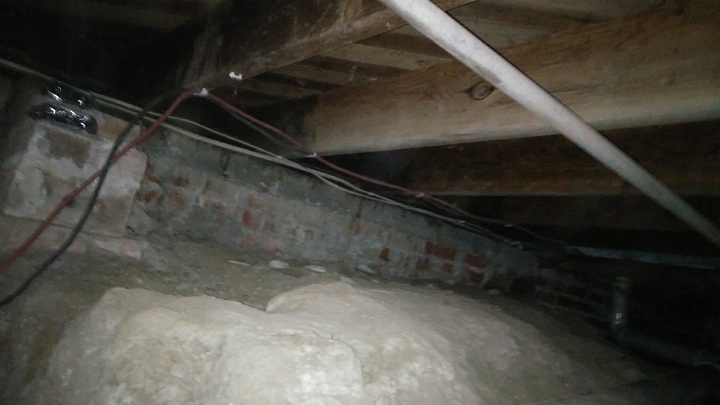 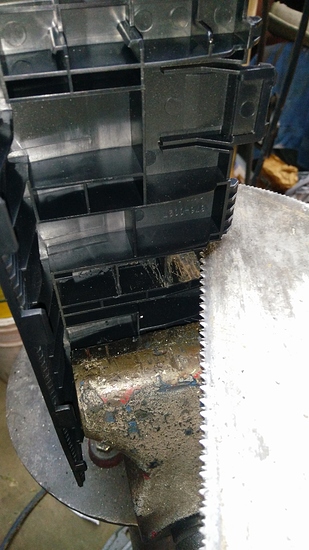 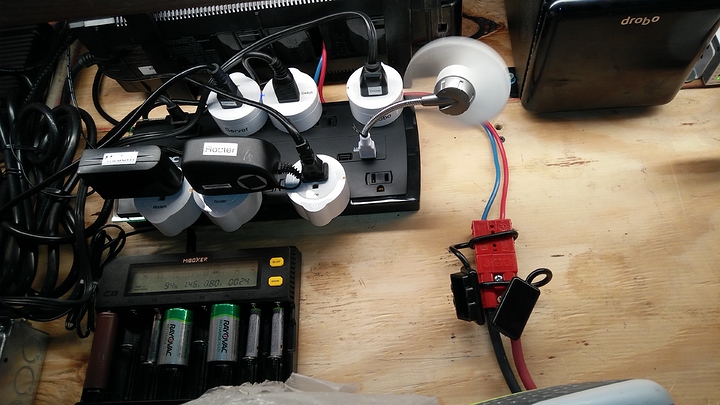 Will be interesting to see what the run time is.

I am not sure what I am looking at.

From the pictures, the wires look oh-kay, but not 32A safety buffer okay.

Will be interesting to see what the run time is.

Always good advice.
I am just not sure if the cables would reach critical temp before the batteries go flat.

Also: Random youtube videos with clickbait thumbnails are not good for examples.

So this crazy guy upgraded to 88ah batteries. So i figured if 88ah is doable, so should 100ah and i bought 2x 100AH batteries. 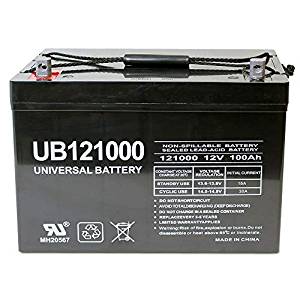 That means each of the 2x 9AH batteries have gone up 91AH oorrr 10x the original capacity.

Now we can cook smores over the wires OR the house as it burns down! 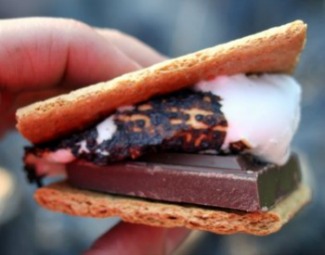 MY buddy who is in to car audio mentioned wire gauge size to me and linked me this:

For wire i used 2x 25ft (1 red and 1 black) runs of 6 gauge “EPDM” cable. They feel like some kind of silicone type insulator that is rated as a battery/welding cable. It’s supposed to be good to operate at -58F to 221F operating temp which, it should not see under the house, as the crawl space is somewhat, fairly consistent. It’s all topped off with all copper lugs that i soldered on to the ends and finished with heat shrink. nicely over built! 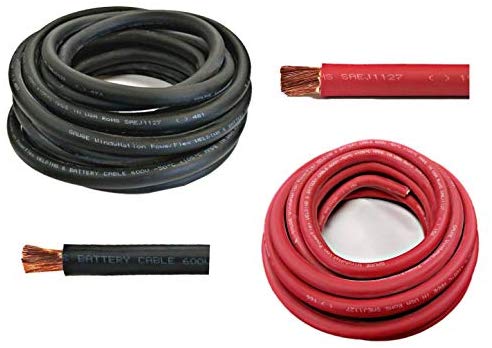 Cables don’t get warm, i doubt batteries will either. would be cool to have a temp gauge for the batteries.

2 issues now. I’m curious though how well these will charge back up. The guy who made the video i just linked said his charge up well enough. i would have no idea if i’m stressing the UPS charger/trickle charger. do bigger batteries suck more milli amps on the trickle? i’m guessing not a big issue since they little trickle charge for marine and auto.

the other issue, no monitoring, at least for now. i just test it an 1h 45, after work, the APC Power Chute software tried to shut my server down 2 or 3 times i but, watched and stopped it. it was scary watching it drop to 7%, the 5% then 2% …and then back up to 5% and then 11% which was funny. i figured it’s brain would scramble on run time but, that also means the battery level is completely wrong. i suppose a simple volt meter would answer that. So far @ 9:15pm as plugging the UPS in @ 6:20pm it’s got back up to 32% charger when i checked a few minutes ago. i get the feeling i could have let it run for even longer. i red some article some where on upgrading UPS batteries, it said to be conservative but, i don’t writer ever considered a 10x battery capacity upgrade!

BTW, speaking of which original run time estimates was 39m to 45m and the entire home lab and the PoE devices on the switch pull 128watt to 150watt in practice so we’ll just say almost 200watt at full load. Of course the UPS being 1500va can handle way more than that.

Should really extend run time in nasty storms and outages. this year we had loooong outage and power TRIED to come back but, the grid only had 2 of the 3 phases functioning!!!

lucky i didn’t loose any electronics!!! Also double as charging station, the APC strip i put below the UPS even has some USB ports as you can see.

P.S. the UPS is waaaaaayy lighter now, i might need some of that 30lbs gorilla tape to stick down it’s bracket mount that’s top heavy and cables coming out the bottom. thankfully the closet is small it can’t really falldown. Also Hydrogen gas. I know that Sealed Lead Acid batteries de-gas, i’ve seen 10 year old SLAs decompose in still plugged in UPSs (kept in hot rooms and never replaced). since cool hopefully this isn’t as issue, i tried searching Hydrogen gas alarms but, it’s definitely not a home product that i could find.