Upgrade the CPU or not?

Just a quick little Poll to see who thinks it’s worthwhile to upgrade my main Rigs CPU or not.
I currently am running a i7 8086K at 5.0Ghz All core OC on 1.28 mv. Cooled with a custom water loop. This thing runs really cool and completely stable. I cant get it above about 65C running any stress test.
I just dont know if I can see needing a newer processor for mostly gaming with this rig. I have a 3700x for other editing and heavy processor heavy applications.
Anyway, I wanted to see what everyone thought. 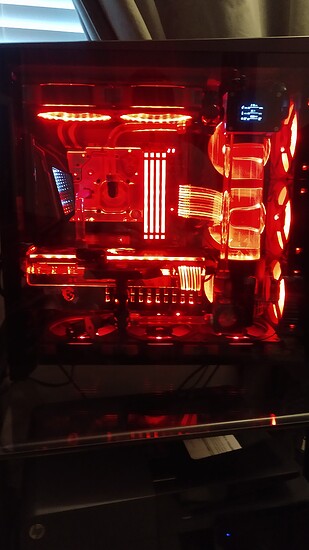 I say wait for Zen 4 and it’s Intel competitor- they should be around 50%+ faster (IPC-wise) and provide you a meaningful upgrade over the 8086k.

Its still plenty fast enough unless running in artificially contrived scenarios that virtually nobody uses in the real world (massively high end GPU at 1080p).

Those scenarios are fine for theoretical CPU performance limit testing, but if you’ve got a 1080ti for example you likely aren’t aiming for > 150 FPS in 1080p, most users in that scenario would rather 60-70 fps in 4k or 1440p or whatever.

Unless you’re sticking a 3090 or 6900XT or likely, something the following generation after that, I’d hold off.

I say wait for Zen 4 and it’s Intel competitor- they should be around 50%+ faster (IPC-wise) and provide you a meaningful upgrade over the 8086k.

that too, but if this box is gaming only, I’d also suggest that you really want to ensure your’e running top tier GPU before bothering. i.e., next generation GPU first, then worry about a CPU upgrade to keep up.

Currently just running a MSI Seahawk RTX 2080Ti on water. Removed garbage hybrid cooler (thought it was a Corsair one like to 10 series…it was not I was terribly disappointed).

Thanks for all the people who took the time to vote and give some feed back. With the speed I have, the number of cores (I know IPC is a factor, but its not terrible) that still have HT enabled, I cant see a need to Upgrade. Especially with the really nice temps I get with it overclocked then undervolted while still being able to operate “variably” to cut down idle power usage. I also wanted to give the poll a try because I just learned about it from the site bot lol.