I was wondering if people had some 'different' peripherals that they know of.

I know that people use the TekMat (as a mousepad) that was designed for guns.

Or even wooden Wrist rests.

If you use or know of something cool (used for gaming, etc), please post

You mean like @Wendell using a electric drill to screw in a motherboard? :D

Lol, no. Just like unique products for your setup

I use a keyboard.

I do all of my daily activities using a modified flight stick. Yes, that includes typing.

I don't know if it counts, but I made this so I can game on the couch 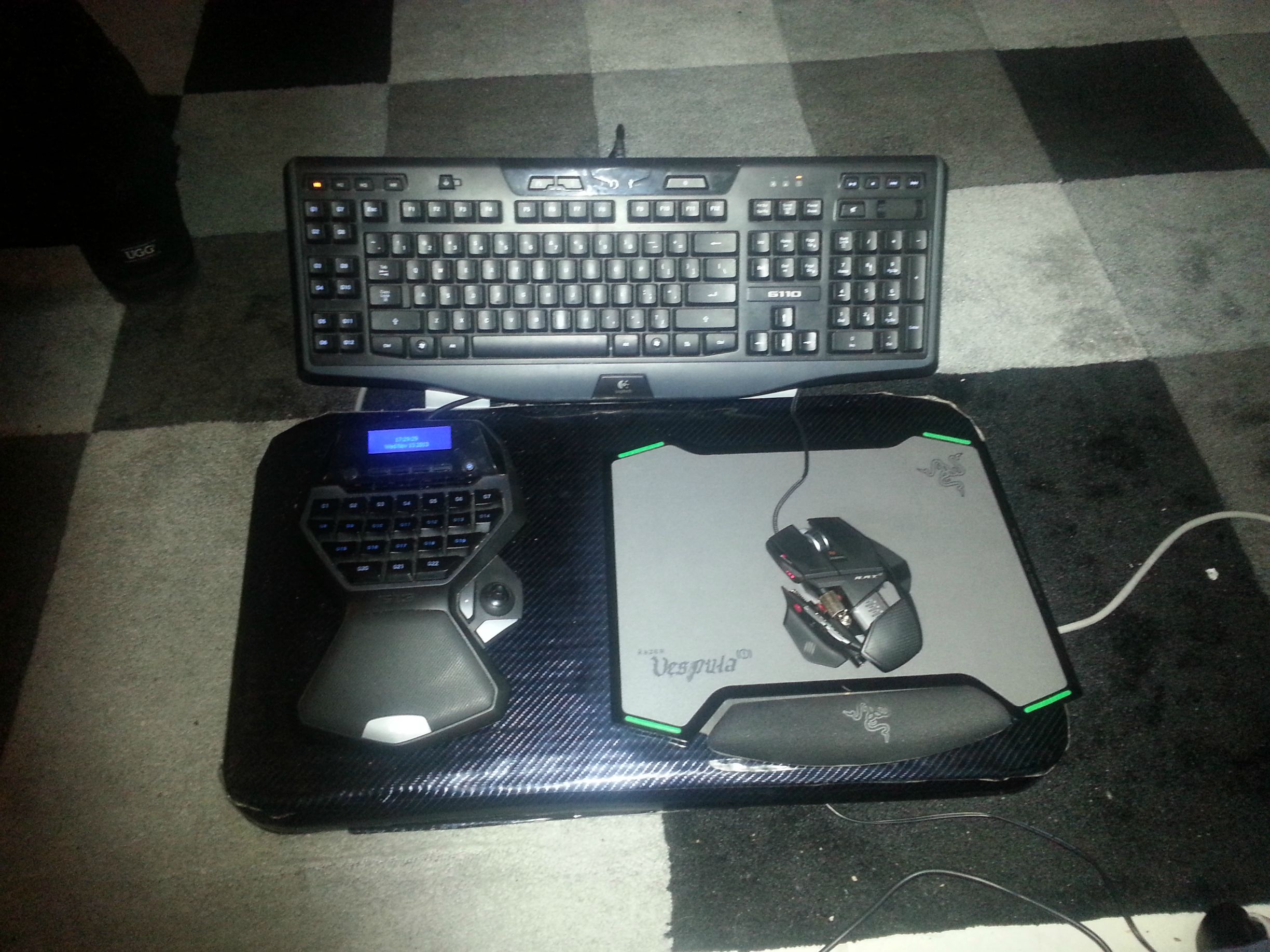 I am using some plywood as the back for one of my screens otherwise it is just too susceptible to bending the panel when I move it.

I also have a piece of thin card taped to my mouse to stop my little finger dragging on the mouse pad and slowing me down.

I also have a half torn up Pringles tube some tissue, tape and a Rockband mic currently standing in till I get a good mic.

EDIT: There is a pic of this monstrosity over in Post Your Battle Stations. https://forum.teksyndicate.com/t/post-your-battle-stations/10848/518

Oh and a stack of books elevating my monitor.

EDIT Redux: And some pipe insulation on the arms of my chair, but that did not work out in the long term and I don't like the chair. Will be replacing.

Basically what has happened to my setup is that I have a perfect setup in my head and until I get the parts to pull it off I am live mocking it up to work out the bugs.

It was a joke, dude
I feel like an asshole now, since you're so nice.

Lol no worry's man. It just wouldn't have surprised me. People have some ghetto ass setups

I use a Tekmat. Works well and I don't notice really any difference between it an an actual mousepad. Plus it looks cool.

Yeah I have a large AR-15 one although I don't use it with my PC. Purely for gunsmithing. Too many damn pieces in an AR... 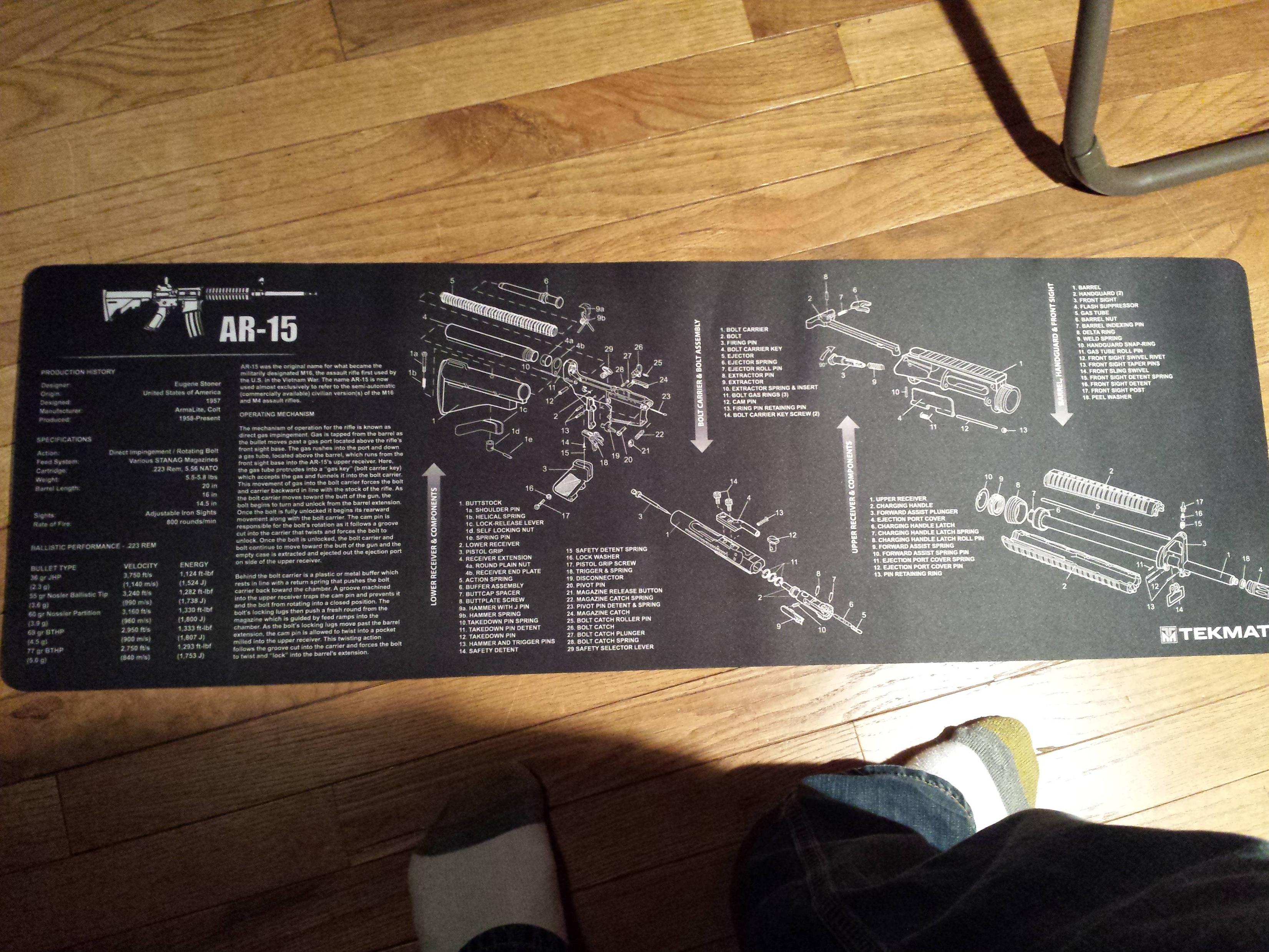