I was inspired by @cotton to write a post asking for my badge as well. Like him, I also lurk. However, I can’t say that it’s started my career like it has for him, as my career is still technically beginning (I’m an extremely underpaid IT intern at a small school district effectively doing Level 2 support and out-of-warranty repairs on Chromebooks).

So I got my start in 2008, nearing the end of second grade for me (yes, I’m young). My father installed Fedora on a desktop for my brother and I to play with, mostly flash games on the internet, and MAME ROMs. I didn’t really dive into it much being a kid, though my interest started to peak more when I was given a snap circuits set for my birthday years later. It came with a wire that you plugged into your computer’s line in jack and you could use it as an oscilloscope. My father had me learn to use WINE for that. Around this time, I was playing with DOSbox on an android tablet and Limbo PC Emulator, I eventually dug into playing with VMware Workstation, trying to make VMs that’ll run on my crappy Polaroid PTAB7200 tablet in 2011. The computer around this point in time is running Fedora 15 Lovelock, later Spherical Cow.

From that point, I briefly played with distros such as Mageia, openSUSE, and fostered my hatred of Zorin OS (I still haven’t been able to kill a fresh install of linux like that, by installing chrome, VLC, openJDK, and installing updates; killed it three times in a row like this). Fast-forward a few years, I’ve got a nicer android tablet (Acer A200, rooted and runs 4.4.4), and I keep seeing Limbo PC Emulator go off and on the Play Store, and with the Google Code collapse, archived it to SourceForge (while I haven’t ever developed it, I think archiving it was an excellent idea in hindsight). The following year, I get a Dell D600 to play with. That poor laptop has seen at least 20-30 installs of Linux Mint, several installs of Fedora, multiple installs of Windows 7, and a few attempts to try Windows 8 (which didn’t work, due to lack of PAE support).

Eventually, when I turned 15, I received an Asus X550ZA laptop. That got Fedora 21 on it nearly immediately, and I used it like that until 2018. I quickly learned that the wireless card in it (a Broadcom), wasn’t great, and I quickly learned about DKMS, kmods, and akmods. I never was able to get DKMS working properly, so I had a text file on my desktop with instructions for re-compiling the kmods so I can have working WiFi connectivity whenever the kernel updated. I also was given an old ThinkPad T60 around this time, and used it a lot in school, it seen many homework assignments and constant months of web-browsing. I discovered BASH scripting and I programmatically made the keyboard light flash on and off to amuse myself using sysfs.

I was also given a Surface Pro 2, after some time of using it dual-booting Fedora and Windows 10, I made a post here. Near the end of when I still used that regularly, my type-cover was shorting out, causing spontaneous reboots, which wasn’t fun. This also brings back more WiFi woes, as the Marvell AVASTAR card in that isn’t very good, and required proprietary firmware to work.

In 2018, I was given a Dell G3 3779 for christmas, I partially paid for it. As I was enrolled in the early college program offered through my high school, it went with me to the community college every day for programming, networking, and some other classes. I impressed classmates with a shell script that would mount the college’s fileshare over sshfs so I could submit web development assignments, even went as far to mess with KDialog to make a wrapper for g810-led that would allow me to “graphically” customize my Logitech gaming keyboard and not deal with remembering the commands to change the colors, also did some digging and found streaming URLs for local FM stations to open in VLC using KDialog as well. I’ve also switched from Fedora, to Ubuntu, to Pop!_OS due to how fun Nvidia Optimus can be on 10-series MaxQ hardware. I also had to replace the battery on this laptop under warranty, as 64% of it’s original capacity was lost, special thanks to the people who develop the “Battery and Brightness” plasmoid, as I wouldn’t have known otherwise.

I’ve had a few other devices as well since, but I figured I’d share the more interesting parts of my experiences over the years. Should anyone want proof, I still have those scripts, blurry pictures of the Asus, pictures of the Dell, the Fedora install on the T60, and more lol.

edit: I’ve tried Arch and Manjaro in 2016. Decided they weren’t for me.

I, for one, welcome the Linux Challenge dick measuring contest.

I introduced somebody to RedHat before it went all enterprise and they pretty much ran with it until this day running CentOS and now Rocky. Sounds like you pretty much went the same way.

Me on the other hand, still run Windows on the desktop because I like to play video games in my down time.

I’d like to find out if there’s a FreeBSD badge I could earn down the road?

Does contributing to FreeBSD base count and getting my first eratta notice?

I, for one, welcome the Linux Challenge dick measuring contest.

Does contributing to FreeBSD base count and getting my first eratta notice?

I have no power here but, absolutely. Instead of just complaining, you did something. 99.999% of the community cannot be arsed to do anything.

i started in the deep end running and supporting linux in an isp in 1996. by 1999 we were running it on a mix of solaris and debian sid.

. i bought a box copy of redhat 5.0. what a shit show the glibc2 transition was

I’ve tried Arch and Manjaro in 2016. Decided they weren’t for me.

i bought a box copy of redhat 5.0. what a shit show the glibc2 transition was

I was there for that too. I bought the box copy of FreeBSD and RedHat 5.0 at my local CompUSA…

I am glad more of us made it out alive, lawl.

Does running android on my phone since the original Motorola droid count?

Typically we’re not counting Android, but if you only use android, I’d be happy to make an exception. 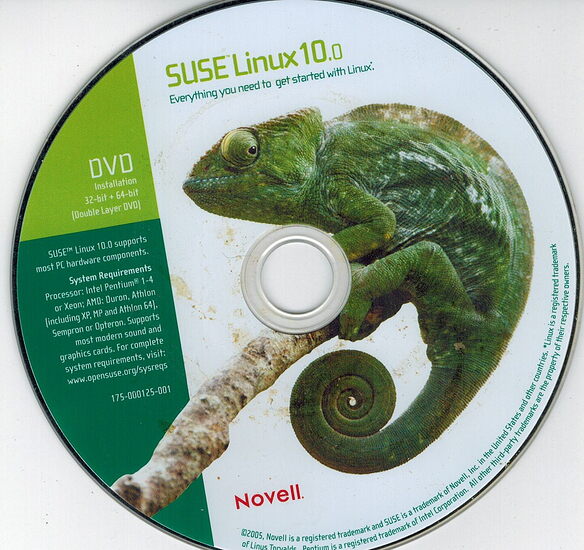 Since this thread is starting to devolve into “When did you start with Linux” - here is my take.

Got interested with Linux and tried it out a little at the end of my school years, but I actually started to run it, cold turkey, since 2002 when I took a college course about it. My first distro was Debian 3.0 (Woody) and I used it until Ubuntu 4.10 came out. I then switched to that, and been running Ubuntu as my main system ever since.

During this time I have had Linux installed on, at the very least, the laptop, and sometimes even my game machine. It has often been on my work machine as well, but that depends on who I worked for at the moment.

Understood , I use it on my phone and windows on my pc.

Thanks for the clarification!

I got a job doing linux-y container-y stuff back in 2008,

Time waits for no one and now I feel old.

I didn’t really start using Linux fulltime on the desktop until late 2005.

I’ve actually managed to get FreeBSD working as a NAT router/firewall doing traffic shaping and caching with bind and squid and email forwarding well before that, because I always had crappy internet at home…

… and I know it was Linux full time because I was torrenting with Azureus and windows XP would bluescreen when there were too many simultaneously open sockets, but Azureus on Gentoo was fine.

In 2007 I posted a .patch file to Gentoo bugzilla to fix some Xen PCI passthrough issue - my router was in a VM back then and I was splitting storage with EVMS.