Okay, today I've discovered that external GPU housing is finally a thing, I remember thinking about it years ago myself, but I wasn't sure how complicated the idea would be to actually bring it to life. So I've discovered the Razer Blade Stealth, and I'm aware that Intel are starting to make some NUC's that are pretty beastly, if I'm not mistaken, I know that there are some with an i5 CPU, that woks alongside 16GB memory. I'm actually pretty sure you can even beat that these days, but last I remember seeing, you could get an i7 at best, with about 16GB of memory, and I wouldn't be totally amazed if they've made NUC's that are about twice as good now.

Now I don't know a great deal about these NUC's, but I assume that they're equipped with USB 3.1 or Thunderbolt 3, some of the more higher end systems. This now makes me think, could you actually have a gaming setup, using an Intel Nuc, and one of these external GPU housing devices?

I also appreciate that the NUC's, they don't have great storage, or at least, last time I checked they have very little, just enough to allow for an OS to boot from 'z' storage. But for gaming, I know the built in storage wouldn't be enough, so what if you used high performing NAS for storing the likes of games? Or could you even store games on an external storage drive, that's powered by Thunderbolt 3?

I mean in theory it's doable, but in practice, would it actually be a match for an old fashioned tower gaming rig? I saw a video of Linus building an insane system inside that DAN A4 SFX case, I was actually blown away by this case, it's the first case that I'm aware of where they've effectively used every inch they have. I just wanna know how small you can actually get gaming set ups these days, from what I've seen online, things are starting to look insane, in comparison to the last time I checked, and in comparison to when I first started getting into the whole "build a pc" thing.

So can you guys tell me if this would actually be doable, and if so, would it actually perform well? - I mean if it would perform super slow, then I wouldn't really class it as doable, it would just defeat the purpose of even trying it then. But like I said, can't you use a NUC and an external graphics card housing now, I mean the full length graphics card is bigger than that case hand down. But the NUC, well, I'm pretty sure it's fair to say, they're smaller than an iPad, other than it's thickness.

I just want to see someone smash a 1050ti into that ASRock Deskmini 110. lol

The m1 case is about as small as one can get for cases. It fits a full size GPU and a sfx power supply. You can fit a full size if you have a short card tho.

Here's the website and it has a whole bunch of stuff with what fits inside.
https://www.ncases.com

Or this. They are on serious back-order, but this case is smaller than any GPU enclosure currently.

Yeah, I've seen that, it is pretty insane to be fair.... Linux fitting a 22 core CPU and a 1080 into something smaller than some shoe boxes.... Insane.

True, but the power brick for the NUC is nothing, it pathetically small, it's smaller than a lot that come for laptops. BUT the the external GPU is quite big considering it just houses a GPU.

Thing I like about he NUC is that I've seen reviews that claim it more light weight than the likes of a mac book pro. So it's ultra portable too. Stupid thing to like, but I like that, personally. But tbf, a NUC also don't have a keyboard or mouse pad or a monitor laptops. I'm not formally comparing a NUC to a laptop, just to be clear on that one.

Ignore the cable management, I made this for someone a year ago and I'll just go ahead and tell you. There is no cable management happening unless your buying all custom cable lengths, but I would go for something like this if you want micro itx.

There are a lot of downsides though. Very few mobo choices, no water cooling(possible but extremely hard). I just know the person I made it for decide to ditch it for mini atx instead

Needs a side window.

It doesn't have a room for side window. Where? Will it choke the GPU? Or on the top, to be able to see the PSU fan? Maybe on the other side, to watch your hard drive...
Seriously, it doesn't have room for a window...

It does have room, it just doesn't allow for adequate airflow on a dedicated GPU setup. That says nothing for an APU build.

besides it was more of a joke ;) 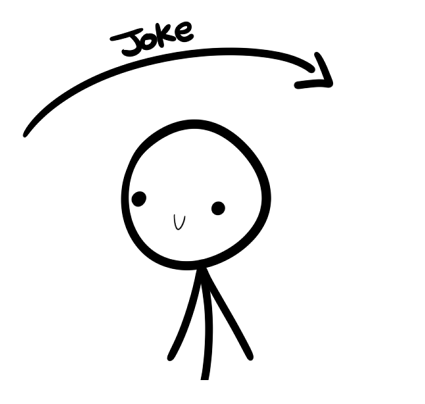 It's actually a pretty badass case, only thing that went wrong is the 57mm height noctua cooler kept shutting off and you would have to open the case and flick the fan to get it to spin.

There's room for 3-4 drives as well, if you skip a DVD drive

Damn, that's not bad at all, looking at it, I would never have guessed that tbh!

the external gpu thing is pretty big. about the same size as some itx cases. you may as well just go mini itx with a large ssd or 3.

Yeah, funny enough, I've seen how big it is, exactly, but the only thing I can say that's great about it is that it saves you the nightmare of cable management in an itx case. I mean with that, you don't have to worry about your GPU heating up too much, or I would imagine at least.