***Here's part two, addressing some of the cabinet thermal concerns listed below, etc...

I just finished up rebuilding my server and I thought I'd post some pictures.

Anyways - on to the build pictures (which I'm sure you just scrolled to anyhow haha):

Sound deadening some 120mm covers that I picked up from CaseLabs. 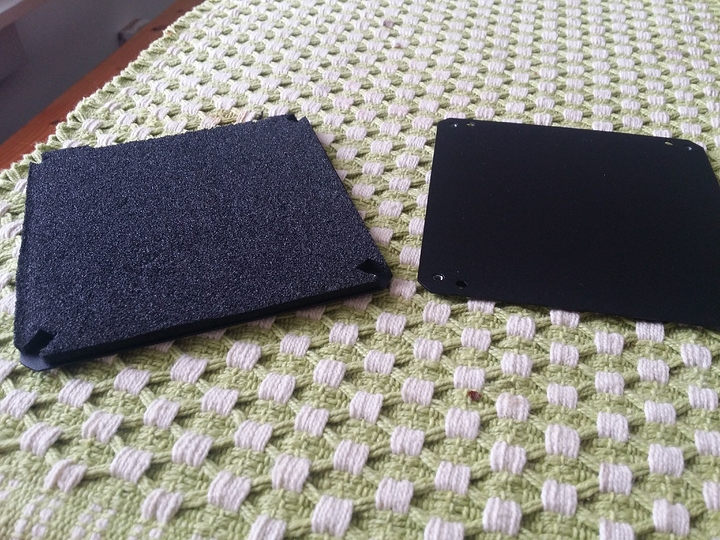 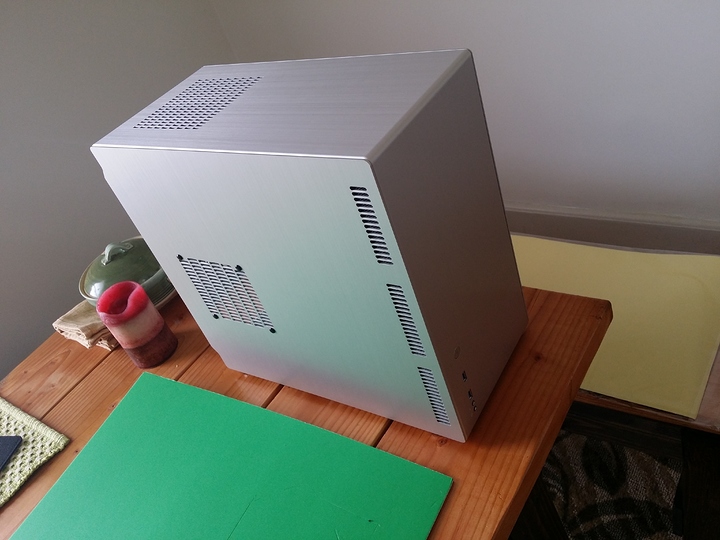 Sound deadening the side covers. 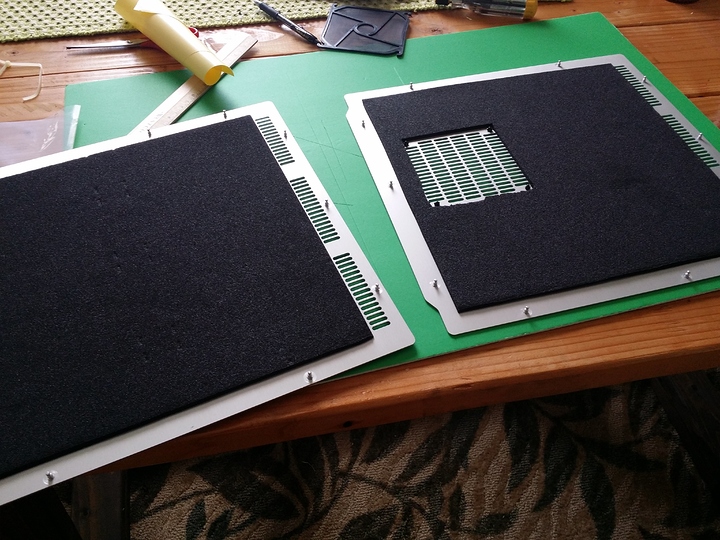 An internal shot after sound deadening the back panel. 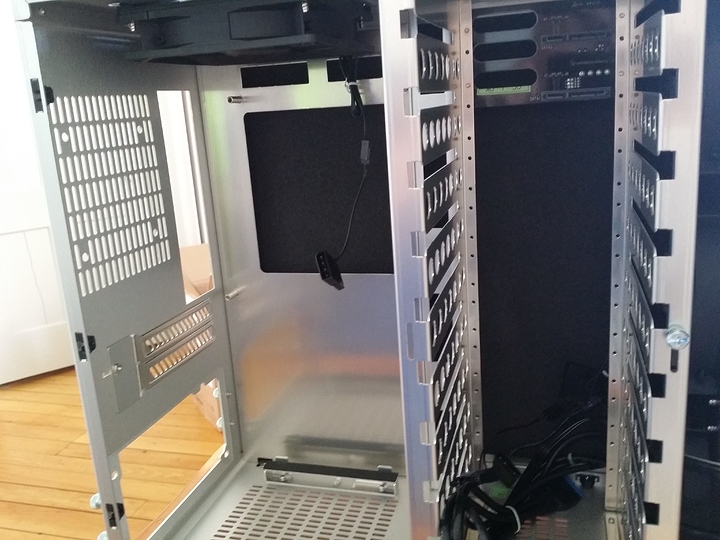 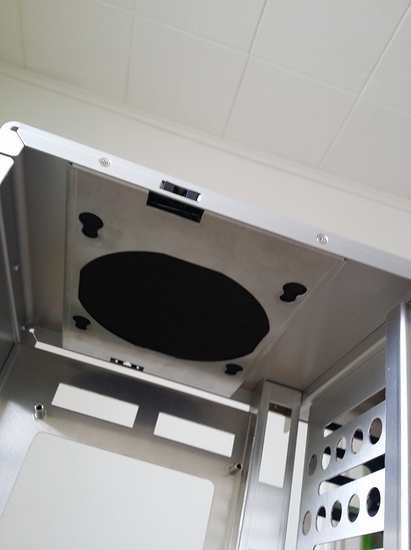 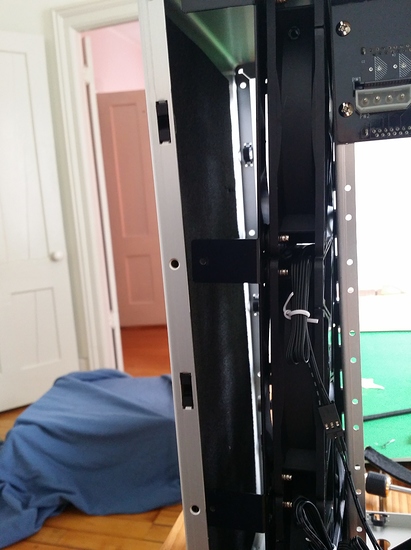 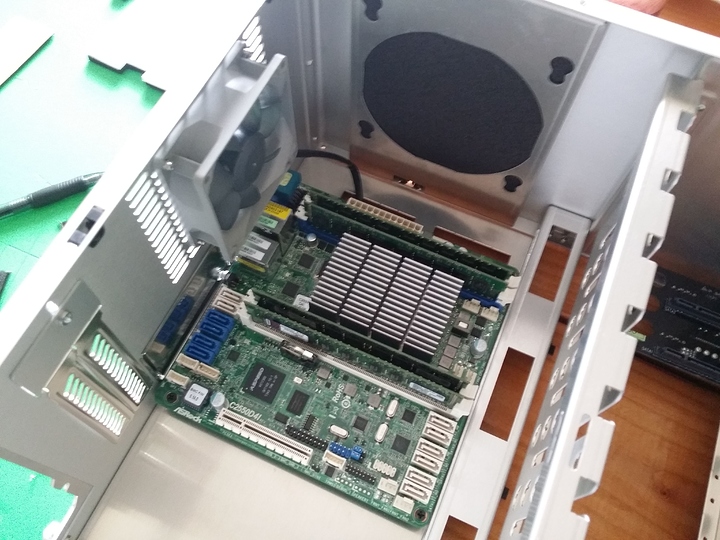 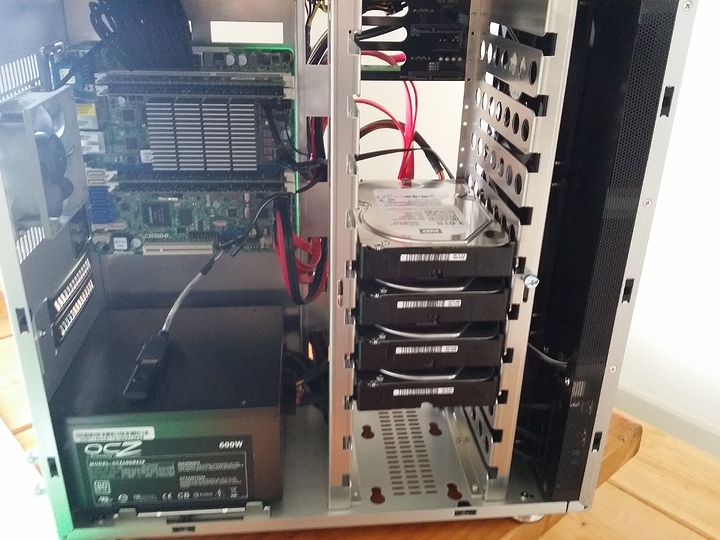 Found a neat way to add an extra 120 to provide some extra airflow across the CPU. 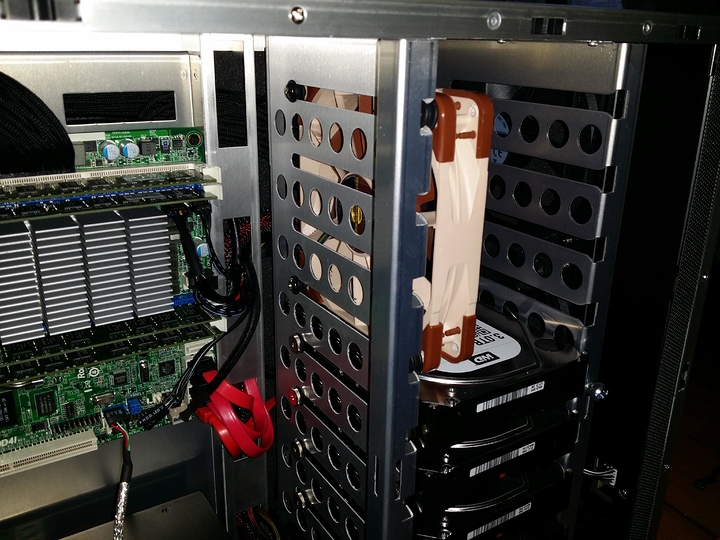 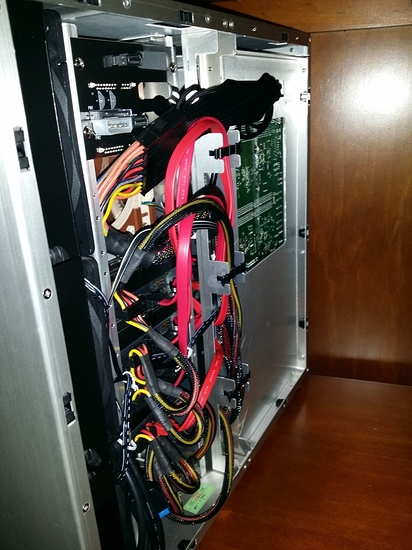 And she's all buttoned up. Can't hear a thing - dead silent. 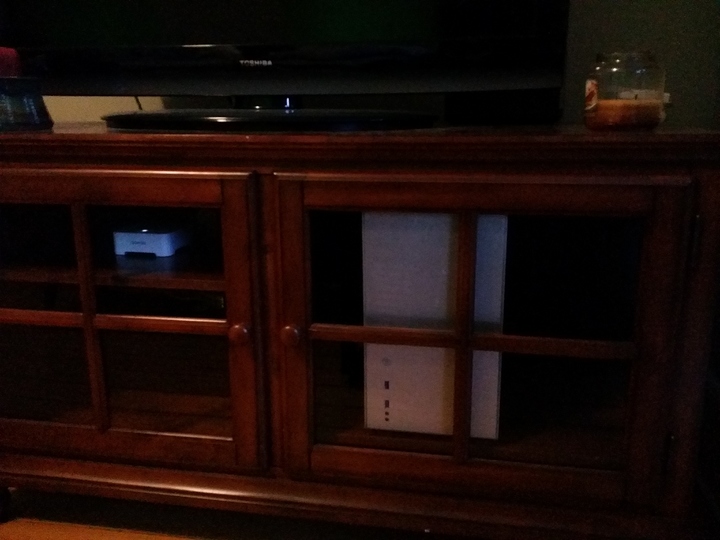 It's brand spanking new - it's on newegg - just not part of their search yet for some reason...

The only negative I'll say about the case is that the side panels click on and off, which is great - but the back panel forces you to be VERY good with cable management otherwise the back panel will pop off. Otherwise it's beautiful and was a joy to build in.

I love Lian Li cases, but damn are they expensive.

Got any airflow in that cabinet? Guessing it gets pretty toasty in there.

You may just be my hero now haha, thanks! Btw your build looks good.

herp derp, is your psu so loud? ... no even a fan on this build... what makes that sound that you're trying to eliminate?

You really need a fan blowing over those HDDs and airflow for that fan (not in cabinet).

Yeah I think you're right... so the case has 3 120mm fans in the front pushing a lot of air right across the HDD's - but I have seen a nearly 10 degree Celsius increase in temperature on the motherboard and about 7 on the CPU. It's surely that much of the air is being recycled around in the cabinet.

What would you do - cut in a 180mm in the back of the cabinet as and intake - or... should I just move the case somewhere else... I wonder if the cabinet isn't going to fit the bill.

On the other hand, thought the temps are higher, they're still reasonable (I think, tell me if you think otherwise)... the server has been running since last night and there are no event logs (temp or otherwise). 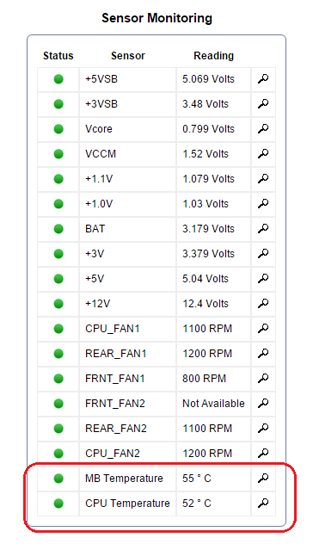 If you can you could remove the doors from the cabinet (should be on hinges) or if that makes it look ugly you could sit it alongside the cabinet. I'd have to see more of your setup to think of a place to put it :P

Can you pull the temperatures from the drives too? Those are far less tolerant to temperature than processors.

I installed tempreporter this morning... It requires a reboot and the machine was in the midst of a scrub. I'll reboot, run the reporter, and post Friday afternoon when I get home.

What do you think are reasonable operating temperatures for consumer HDDs?

For WD Blue (similar for other consumer drives) you'd be looking at 0-60 Celsius. Try keep it around 30.

Since your CPU was running at 50 Celsius you REALLY need to get some airflow though there, especially if it's scrubbing.

since you have so much space for hdds, just spread them out... don't keep them so close. It will only rise temps more.

It's a great point - and I'll admit, I'm a little fussy with this stuff (that... and I like new shit so the idea of tearing apart my rig and rebuild it is always fun)...

In any case - before the server was in a Fractal Define XL - stupid large and sat on the side of the cabinet to the right - basically - if I was napping or sitting in the living room with nothing on I could hear the fans hum and sometimes the HDD's working. Not a big deal... but this seemed rad so I went ahead and did it. 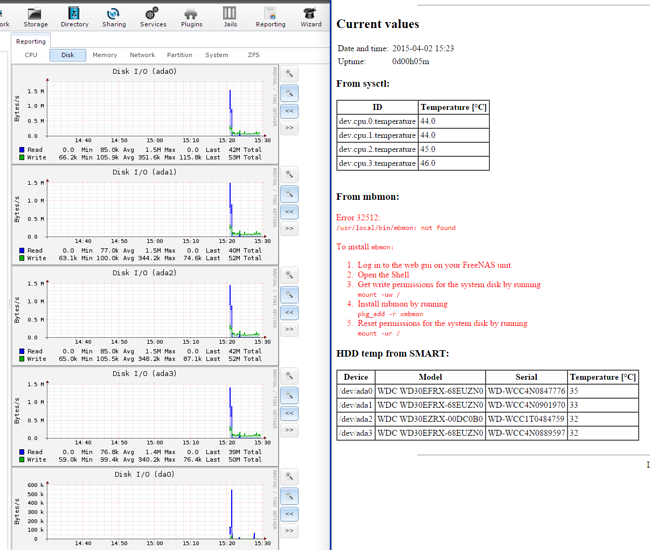 Here's part 2 of my server cabinet: