I just finished up the newest edition to my home network and I wanted to share some specs/photos, along with some advice for anyone thinking of doing their own.

Ok, so I guess just a couple of quick thoughts before I dive into the build log photos for folks that are thinking of doing their own.

*also, the photos show an SSD installed, I later swapped it out for a HDD I had laying around as SSD's are not ideal for pfSense 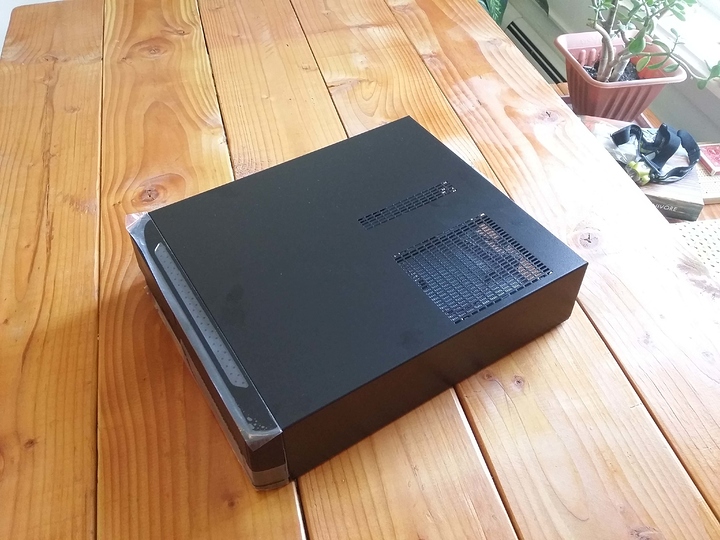 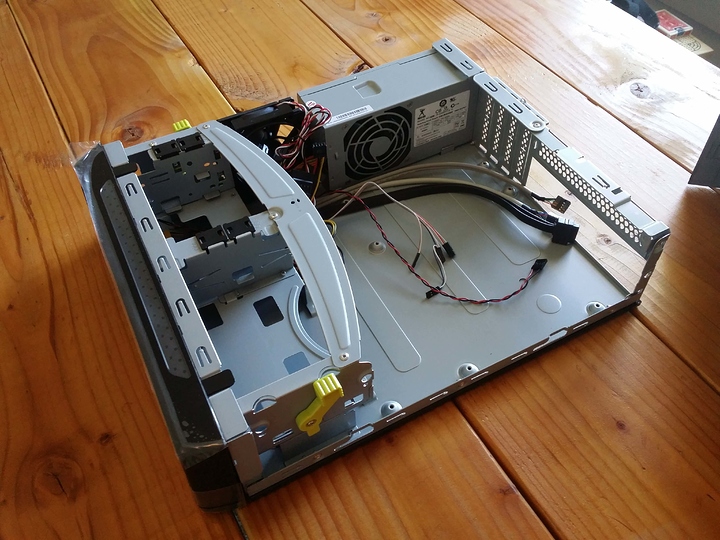 And, breaking it down: 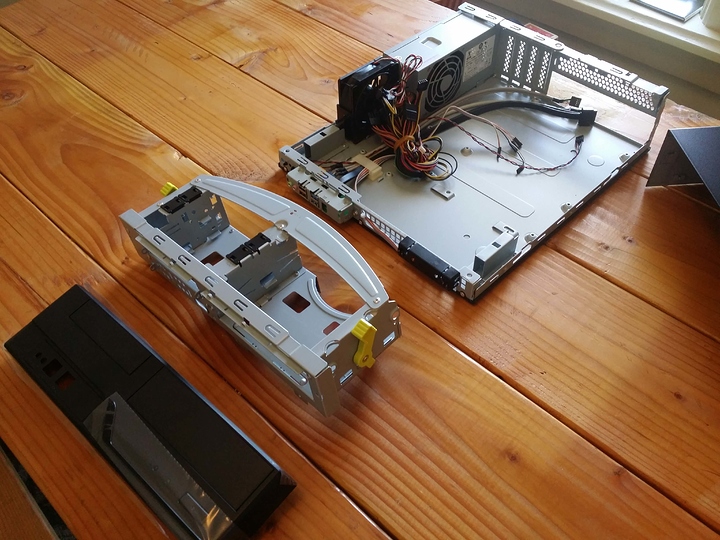 Replaced the stock fan with a Noctua fan, added some sound dampening material on the top and bottom to make sure the plastic shroud that holds the fan doesn't rattle: 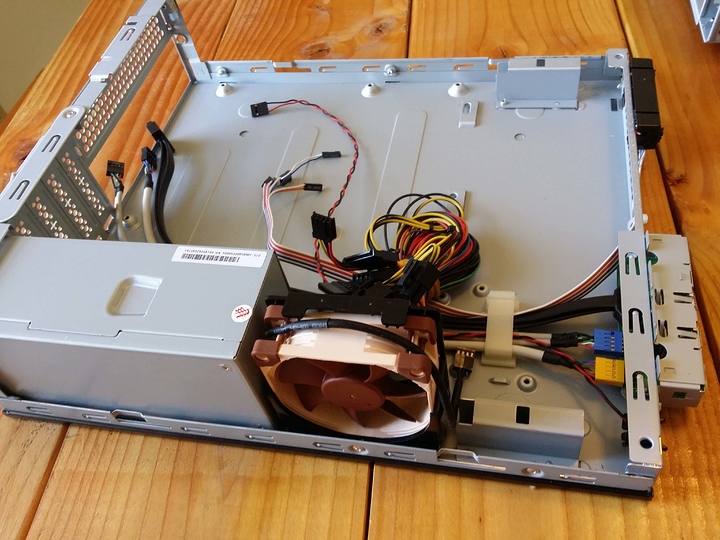 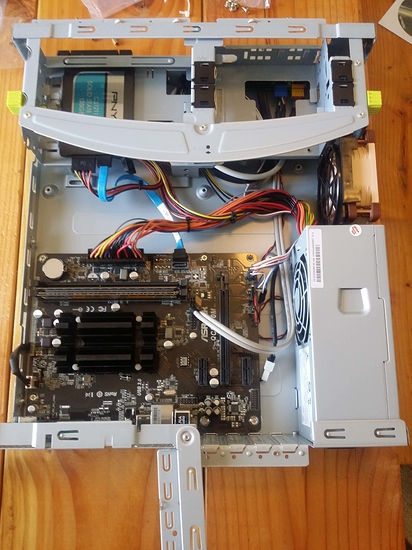 Found a creative little spot to stick a 60mm Noctua fan for airflow directly across the CPU heat sink: 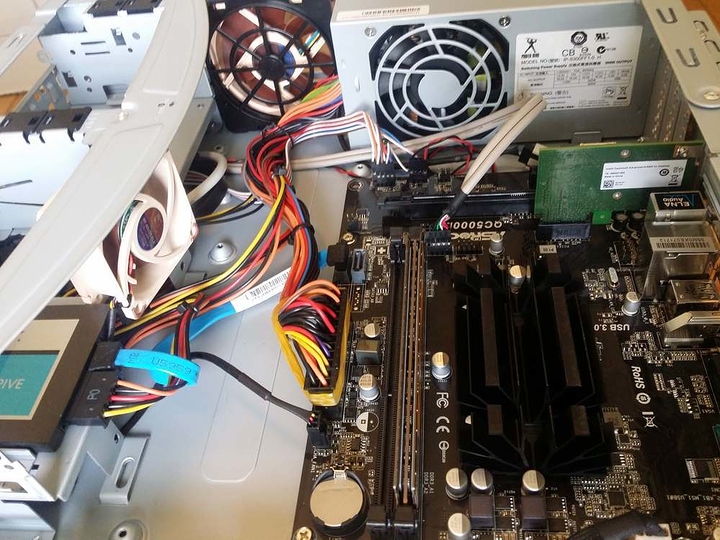 With NIC's installed, all ready to be closed up: 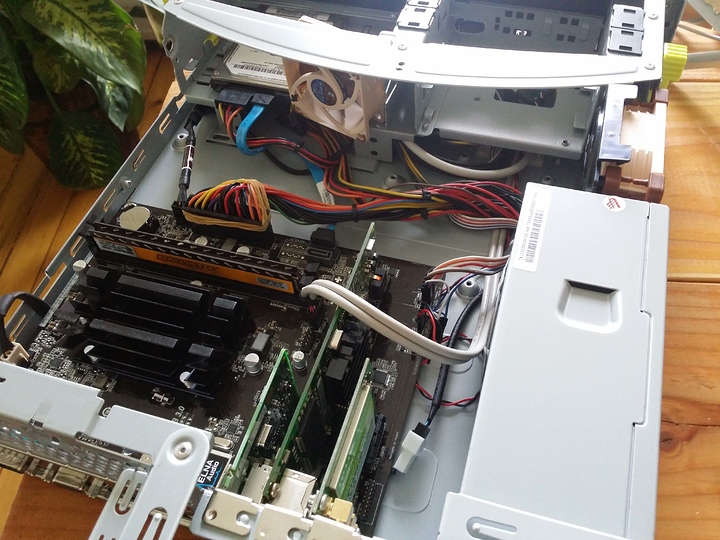 TV cabinet before (I like to call it my server case haha): 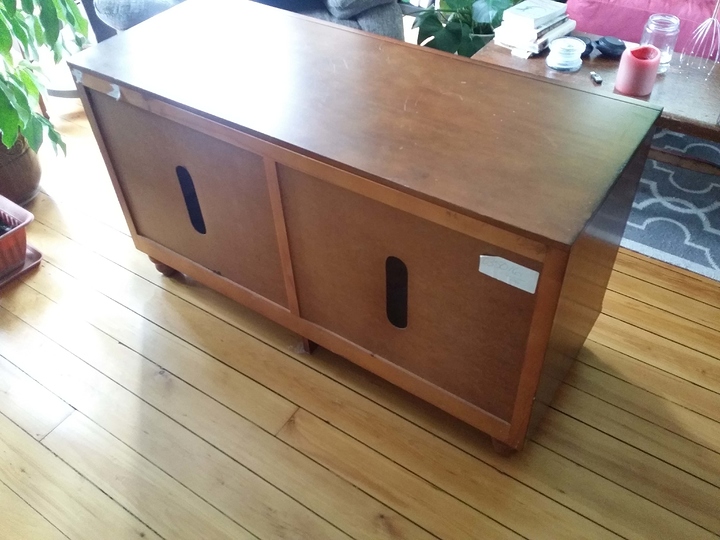 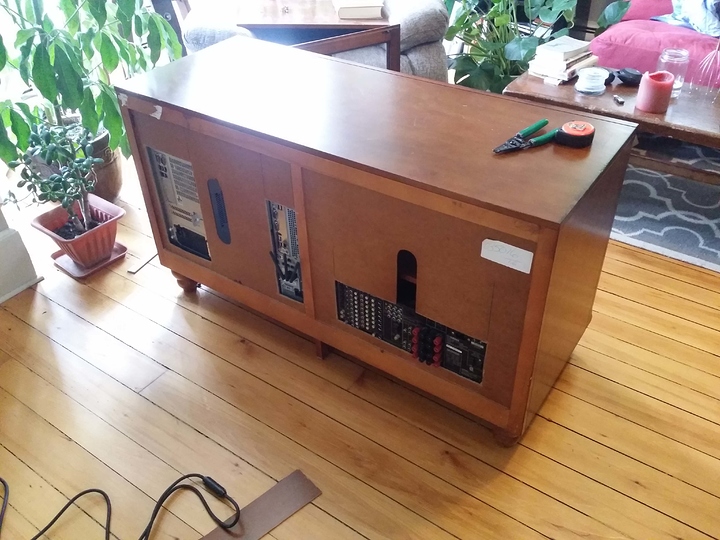 The final setup with ARRIS SB6183 and Netgear GS308 Switch: 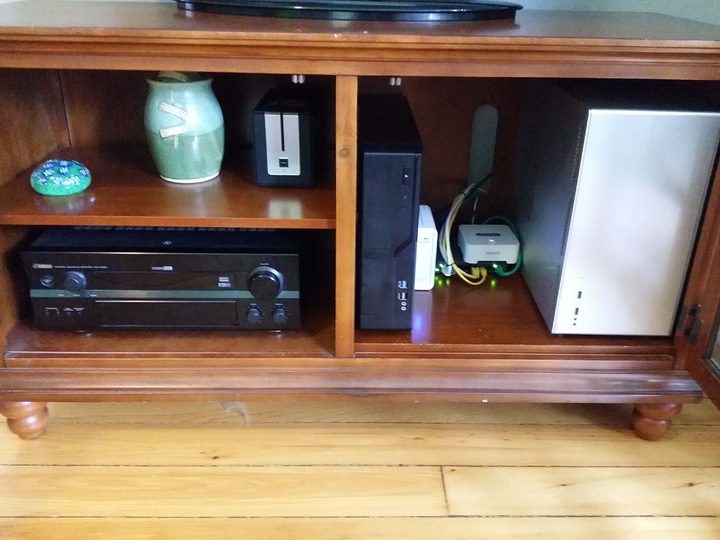 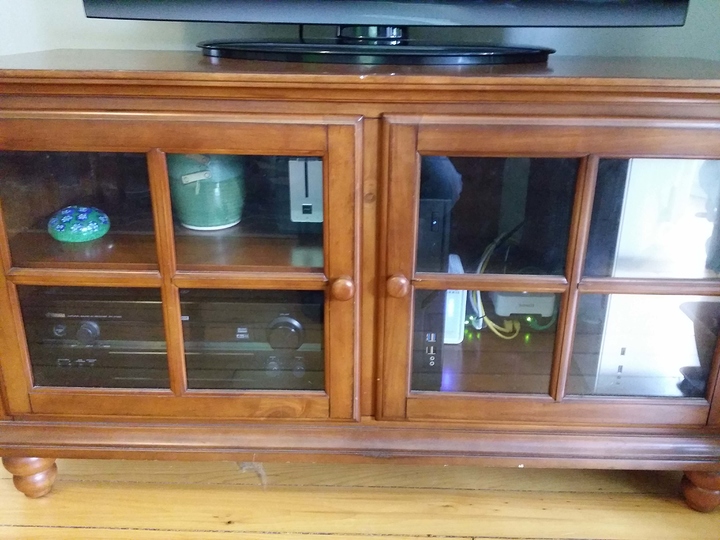 Lastly, I just wanted to share a current shot of my main rig/setup... I'll do a build log on this soon as I'm going to be doing a tower upgrade. 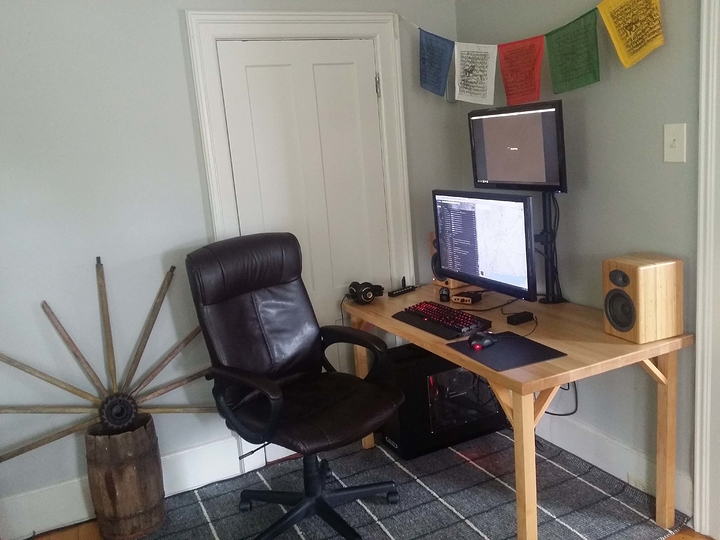 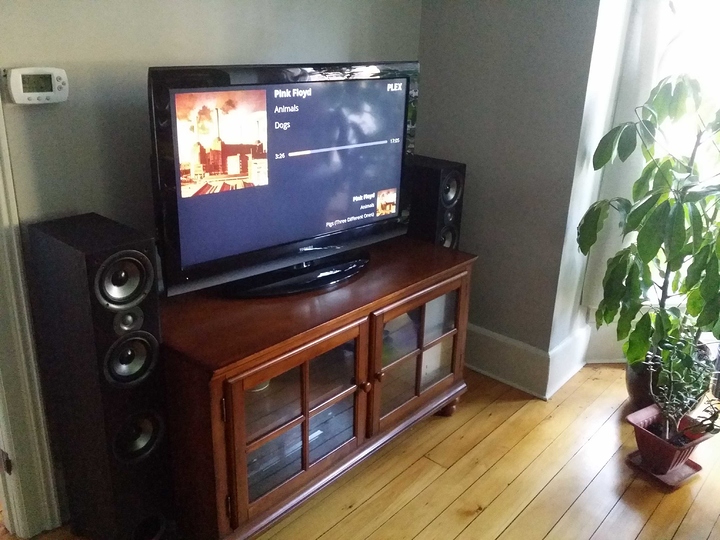 That furniture mod deserves a slow clap!
Your setup is obviously custom, but it still feels like a normal space.

A quick trip to home depot for a dremel, a 16 inch ruler (I bought a square but ended up just using a ruler I had laying around), and a sharpie.

nice setup.. I do not have photos of my currently build I will upload it later :D That case and the furniture mod are awesome!
Well done man!
BTW I use pfsense too :D
Cheers!