I need someone who can log into my Ubuntu box and install the essentials and the most current version of NGINX to run a website off of.

I will clean install the box with Ubuntu Server 14.04.03 LTS but I need someone to help before I go wiping SSD's.

I currently have Ubuntu installed but I want to start with a clean slate because I followed a tutorial and it began to clutter up and rather than uninstall all the crap i'd rather just wipe and start over.

If it matters, im only in need of someone because every time I attempt this I follow someone else's tutorial and something doesn't go exactly right. Yeah I can run NGINX in windows but that isnt as fun or as fast or even secure as a linux box in my opinion.

Or do you mean you need someone to help you configure it?

I wouldn't recommend that you let some random guy from the internet to remotely access your server just to install software. This is a massive security breach as they could install anything, including malware.

Having someone else do it for you, will never learn to do it yourself. Using linux you will always run into issues where you can't just follow some guide.

Also having some random person online login to your server is one of the worst ideas ever, you might as well just say here is all of my information and all future info. 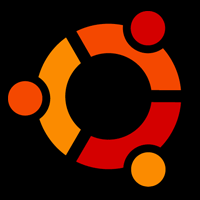 How to Setup a Dedicated Web Server for Free

All great websites have a great server behind them. In this tutorial, I'll show you how to set up a dedicated web server (with Apache, MySQL, and PHP) using that old computer you have lying...

Also, I personally vote for using Apache2 instead of Nginx for simple web servers

Not to mention that if anyone accepted your request to remote into the server they are almost certainly up to something as the people who wouldn't install malware/steal data would decline as they know how much of a security risk it is, even though they wouldn't morally cause harm.

Are you saying you'd install malware on my server? That would do me dirt. I've never met anyone that malicious on this site... yet.

As for you reply kane. When I use that basic command it doesnt install the most recent version of it. It would install like one of the earlier releases but when I follow different tutorials I'll install like 1.9.7 or something more recent.

Where is Canonical stealing your data?
And especially for simple web servers I would highly recommend NGINX.
It is faster, smaller and easier to configure than Apache2. But I am also
using both, depending on the purpose. For OSM tile servers Apache2 is
better and also for deploying a web site to a hosting provider, knowledge
about Apache2 is mostly required as the hosting companies are still using
Apache2 on their servers.

Not a "reliable" source I know but I dont have time rn to look:

For the following reasons don't install or recommend Ubuntu. 1. Development of Ubuntu is led by Canonical, Ltd. a UK-based "trading" company which...

OMG... That stupid thing again... There is a simple button to turn that off and all is fine.
I could not find any more complains about "data collection by the EVIL Canoncial"
and this is just not a thing... press the button and nobody collects anything.
Thought, you would bring up something new to that topic.
Also on servers this feature doesn't even exist... why should it without a GUI? :D

If I could downvote you I would. One you don't even have that feature in a server edition. two you can easily turn this off on the desktop version.

@gamerdude2956
When you do the apt-get install command it will only install the newest in the repositories you have. If you want newer you will need to find the repository that has the newest version and add that to your server.

Is there a particular reason you want the absolute newest?

No particular reason. I just like being up to date and having the newest and greatest features.

I would just use the version that you can get with the repositories you have, newer versions might have bugs or other issues.

Personally I wouldn't and neither would most people in this community but you simply cannot take that risk because you'd never know until something bad happens, and you know, it takes 5 minutes to create an account on these forums so it might as well be anyone, even people not from this community.

sitory that has the newest version and add that to your server.

Is there a particular reason you want the absolute newest?

Okay well how about the fact that Cannonical is a closed company and keeps spitting in the face of free software?

Also I think there's a way to share a terminal session (I think it's called screen) that way if yo get someone to help you can see what they're doing and you don't have to give them your sudo password.