My specs are a little modest, but I have this:

I was trying to sell everything and build another rig, with the hardware more updated, but unfortunately I become unemployed, so, I think that updating what I have would be the right thing to do…

I have a few leads over on eBay, but I wanted to know what do you guys think? Grab some deal in CPU or skip CPU and buy a GPU instead?

Getting a dedicated GPU will help your framerate a lot more than upgrading your CPU. You should still upgrade the CPU as well as soon as you can.

If you want to go the iGPU route take a look at AMD’s APUs. They used to have much faster graphics than intel in the past though I’m not sure whether that has changed in recent years.

Prioritize a GPU since you don’t have a dedicated graphics card. A used GTX 970 or 980 would be a decent pick if something like a 1060 or 1050Ti is too expensive. I’m not sure what kind of power supply you’re running, but make sure it can handle the extra power draw.

I honestly wouldn’t bother with an AMD APU nowadays until they release new ones based on Zen. A used i5-4460 sounds like an excellent route imo.

If you want to go the iGPU route take a look at AMD’s APUs.

No I want to upgrade with most of the components that I already have…as so, a CPU that’s lga 1150 for my mobo! If I have to switch MOBO + CPU + Memory…may as well build a new one!

With a low-power PSU like that, you will be hitting limits with any of those cards. I would definitely suggest upgrading that if you can get your hands on something around 450-550W.

If you can only afford 1 upgrade then getting a GPU you can afford and fits your power supply will be the only upgrade that makes sense. Getting an i5 while still using a same generation Pentium with only iGPU for both will be a very small performance increase for the money.

I’m running a socket 1150 Celeron and had it only using the iGPU. I had gotten a GT 720 for $30 a few years back to help troubleshoot other computers. Eventually I decided to put it in this computer and it manages to run with an 80 watt brick powering my PicoPSU. I’m not recommending you get this card, but it was quite a noticeable upgrade in performance compared to the integrated graphics, and only cost me $30 at the time.

I know you mentioned the used market may not be great for you, but the used market isn’t like the instant gratification of ordering new online. If you hunt around you may be able to find a good deal on a mid-range, low power card. Ideally something like a 750 Ti or similar that doesn’t need any extra power from a PCI-E power connector means it only needs 75 watts, and your system probably doesn’t need much more than mine does.

On that note, if that motherboard allows you to adjust the voltage, you can probably get it to run fine @ 1V or less without any problems. My 2.9 GHZ Celeron runs fine @ .9V and the whole system (before adding the video card) was using ~30 watts idle and ~40 watts maximum. That’s with HDD, SSD, LAN, and USB accessories. That is a fair bit less than the 53 watts rated TDP or the CPU alone.

It depends on how much amperage your PSU provides on the 12V+ rail, but you could probably get away with a card that uses over 120 watts if it is 15A or more @ 12V. Considering you can’t OC these CPU’s then to me it makes sense to drop the voltage as far as it can go. Less power, less heat, less noise, same performance.

Get a GPU if you can. Otherwise… try to wait and make do until your situation improves. This stuff will only get cheaper.
Unfortunately, all the buttcoin miners have ruined the market for video cards.

This is my favorite word now.

Given the anemic PSU I am using I would have to strongly disagree with the ‘20-40’ watt RAM + motherboard assessment. I did numerous tests using a kill-a-watt meter, and even if it was off by 10%+, it still wouldn’t land near 100 watts for the system minus the GPU. My power brick + PSU are rated at 60W and 80W respectively along with a small GPU. Granted, my testing has shown ATX PSU’s to burn a rather consistent 10 watts higher than the PicoPSU + power brick combos that I have been using (which I admittedly forgot to mention in my previous post), but that is only half of the issue.

The real deal is 12V+ amperage. I’m not certain of the specific model, but the 300 watt Silverstone PSU’s I found with a quick search had 20A+ which is really good for a that size. I remember a time when you weren’t guaranteed 20A even on 400 watts PSU’s. I do greatly agree though that it would be unwise to push the limits and better to keep it conservative when it comes to GPU power usage.

Another reason that ties in with getting a low wattage GPU - buying a high-end current generation card would be a waste. Being unemployed means not being able to upgrade the rest of the system anytime soon, and when that day comes the card will probably be obsolete already. It would be silly to pay a premium for that, be bottlenecked by the Haswell Pentium, and have that GPU be old in a new build much further down the line. Buying a GPU specifically for this computer only, and no proverbial ‘future proofing’ in mind means getting a card 1/3 the price of current generation offerings. Something mid-range from the era of Sandy Bridge or Ivy Bridge would be more in line with the performance of that Haswell Pentium.

If I were the OP, I would stick to something around 60 euros or less, which would still be massively better than the Haswell iGPU. If money is still burning a hole in your pocket, then maybe a new mouse, SSD, chair, or headphones/speakers would be a sensible upgrade for a better user experience.

Well I was thinking on changing the PSU along the line, and it’s not a very hard thing to to, I probably can get an Corsair CX650M 650W 80 Plus Bronze Modular for 70€ and be good for the money!

My thoughts and doubts always will get here. I explain, I wait and build a new one OR upgrade this one how I can and stretch the life of this build. For one side I can see that a new build will be the right choice, but I cannot do that right now!
I only wanted a “stronger” computer that if I want to play some games it would run in good! I think with an i5 and an 970 or even some RX-470/570 it should be good right?

Just get a GPU/PSU if you really arent happen then upgrade, but I dont think it will make a huge difference.

GPU in used market here in Portugal is like this:

This one sound promissing right? New it’s like 165€ here in Portugal

You’re going to get about 40% more performance with the RX 470, so if you’re willing/able to spend the additional money, you might want to consider it, especially at that price.

The guy says that’s from February…so it probably have a receipt and warranty! That’s important!

I’d go take a look if you can.

Almost any GPU will be a huge boost over the iGPU
Even the low end like the r7 250’s and 740’s.
So much depends on what is available locally in your used market
the 1050’s and 460’s should be fine, If you have a DVD drive just unplug it and that will give you an extra 25 watts.
I ran my 7850K on a 220 watt LiteON unit that was a decade old with no problem 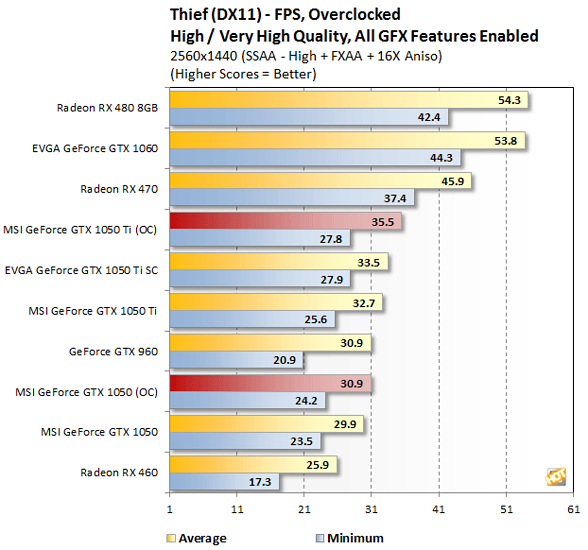 We take a look at the the brand-new, low-priced NVIDIA GeForce GTX 1050 and GTX 1050 Ti with cards from MSI and EVGA. Pascal just got a whole lot - Page 6