Reviving this thread a little. I want to try to PoC how far consumer SSDs can be pushed with SPDK/hybrid polling, before switching to DC or Optane drives. I also want to baseline where everything is at so I don’t repeat something that has already been done before.

@wendell & @Chuntzu can you correct me if something is wrong.

So I guess the question is: Is it worth grabbing some 980 Pro drives and an M.2 carrier paired with a 12th gen to baseline SPDK/io_uring vs libaio and try to increase the # of drives try to hit the upper limit, or is the 980 Pro physically limited to the point where there will not be any difference between io_uring and libaio? (suspect this would more likely be at the controller level than the NAND level)

Almost a necro, but turns out this is actually a wiki, so here we go.

@wendell Looks like linux kernel 6.0 is gonna have a load of performance improvements, including IO_uring 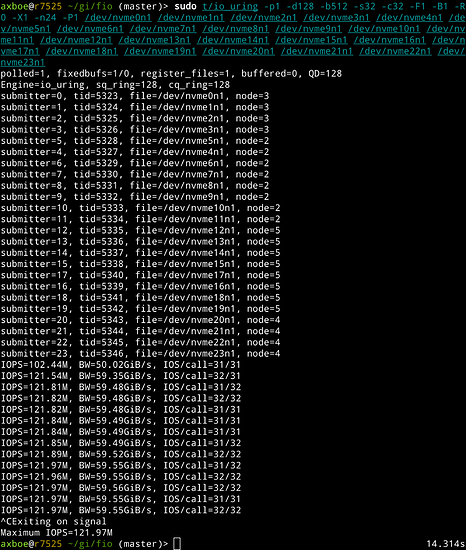 Jens Axboe: You know, sometimes a new OS from scratch sounds appealing. But then I remember how much work that would be…