I'm going to be honest here, I'm a total newbie when it comes to computer and tech stuff so I'm here on my brothers request because he got tired of me asking questions about upgrades.

Could I feasibly upgrade my graphics card without having to do any major rocket surgery within the confines of a 400$ budget.

On a personal note, noise is not an "issue".

when it comes to graphics card upgrades, you can grab an R9-390 or an GTX 970. however I must ask what power supply he has though, you can get away with a 390 even though it pulls a considerable amount of power. but if you don't wish to deal with a PSU upgrade by all means consider the 970. it's incredibly efficient.

As for a system upgrade. your CPU is still fairly powerful you don't really need to upgrade the CPU or motherboard. but i would definitely upgrade the graphics card.

As far as I can tell by staring into my rig, my power supply is a "VX550w Corsair".

Oh you're fine. I would definitely recommend that you pick up an R9-390.
it's an awesome graphics card. and will last you a few years. if you aren't the type of person to upgrade too often.

This seems to be a better alternative.
MSI Radeon R9 390 Gaming 8GB GDDR5

that is required if you want some overhead. I run a 650w corsair PSU with my 290 and that if you want to get technical pulls more wattage than the 390. in a real world scenario for most systems you won't need more than a 600w for a single GPU based system. you'll be fine, and it will do you well in the long run.

Okay, that sounds reasonable. Now I have some good new(s) and some bad news.
Bad news:
1) It is not currently possible to physically fit the card inside my rig as some kind of metal parts are blocking the room, I assume it is some kind of bay holders, like hard disk or back when humanity used floppy disks.
2) There is a fan attached to the forward part of my rig which appears to be broken, so that needs to be replaced. It looked like it was around 1-12cm across.

Good news:
1) The metal parts can be removed I assume, I see screws and such.
2) My budget just got busted.

if you're worried about dust issues you can get individual dust filters on amazon if your case doesn't have them. assuming the intakes of your case are 120mm fan intakes you could probably do away with something like this. 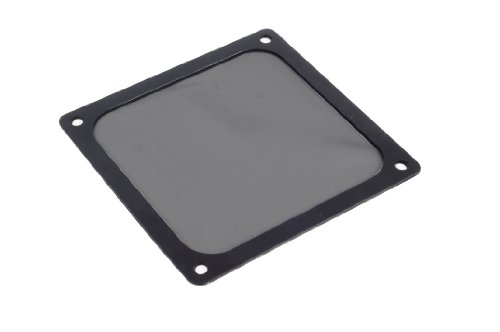 Dust can be a computer system's worst enemy as it has the potential to lower cooling performance or cause damage when left overly accumulated. But most fan filters are a hassle to install so SilverSto ...

As for GPU size even though it's like 303mm or 12 inches long. if you're somewhat worried about that, Gigabyte has the shortest length 390. which is around 10 inches long. and it's also a noteworthy recommendation.

I think the Nitro will fit if I remove some of the metal parts and having a fan right in front of my GPU may not be such a bad thing, I base that on the assumption that increased air flow is a good thing.

I'll be making my purchases when I find time for it, thanks a lot for the help! #awesome.

Sticky tape is is a good way to go on the last question..;)

Duck tape wins the day.
Also, I ordered the R9 390 Nitro from Sapphire, it will arrive in a few days.
Will post pictures of the assembly once I finish finding my nerves around here somewhere.
Another question, how the heck do I install it?

though since you're new to building a PC and understanding the components i recommend you watch the entire video. it will be most helpful.

Uninstall your previous drivers..replace the GPU..reboot...install the latest drivers from the vendors website.