I’m currently a bit confused since I don’t get something basic done. I wanted a solution to have a RAID1 volume on a standard AHCI SATA HBA, independent from any OS support.

For testing I got two StarTech 25S22M2NGFFR adapters - they behave exactly the same so a random hardware defect seems unlikely. 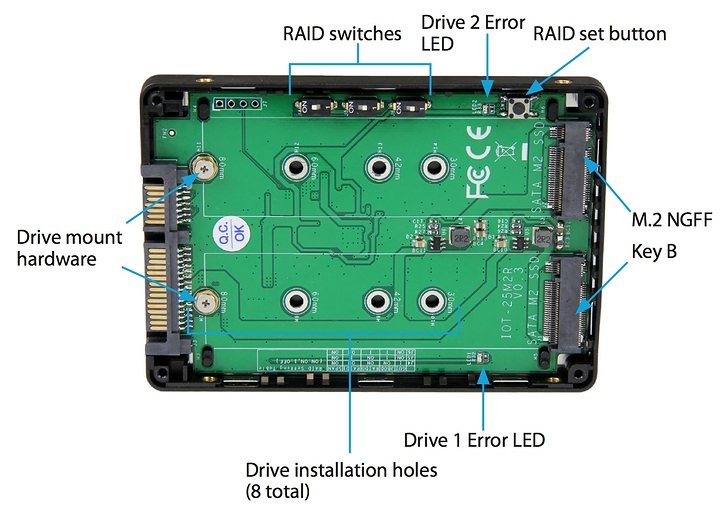 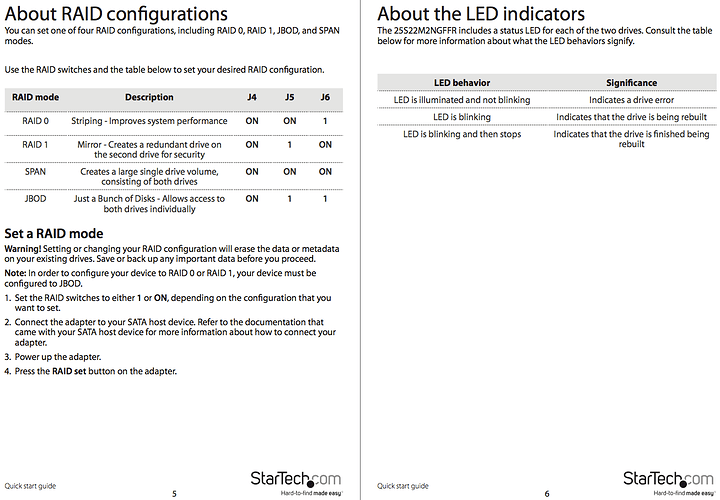 The motherboard SATA HBA does not support port multiplying/PM (that shouldn’t matter since I only want to use RAID 1?)

Where did I do wrong?

Does this not just mean that you have to go from JBOD to RAID 0/1?

Setting back to JBOD after RAID 1 just puts it into JBOD mode again, meaning the adapter is only writing to the first drive.

Just do what you have been, but leave the switches in the RAID 1 setting.

Unfortunately that doesn’t seem to be it (switches to ON - 1 - ON, press RAID set when connecting SATA power then and a power cycle and leave the switches as they are)):

The two error LEDs are blinking a bit and change to being permanently on then, no drive/volume is showing up when connecting the adapter to a system then.

Note: Before each try I erase the drives so there is no meta data left on them.

I would probably contact StarTech they probably have good customer support

Yeah, will do that and share the development here.

I also got the external USB 3.1 version of this product (SM22BU31C3R) and it works as intended: Set switches to RAID1, press RAID set when first connecting power and then you can just use it without changing anything regarding the switches.

Edit: Is anyone here knowledgable regarding the devices’ ASM chipsets and their bugs?

Or is there any other product where you can connect a RAID 1 volume to a simple AHCI SATA port? I also tried the S3520BU33ER with the older JMIcron JMS562 chipset is just extremely slow compared to the newer ASM ones.

Stupid idea: Is there an active adapter to connect USB storage to a SATA HBA port? Quasi the reverse way of USB-to-SATA adapters that have become quite reliable with their newer generations.

StarTech’s support hasn’t responded to me, yet - but have tried a similar different product: 35SAT225S3R 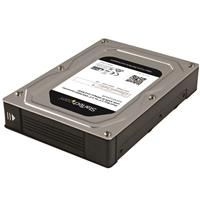 Install two 2.5” SATA drives into a 3.5” drive bay and get increased performance or data redundancy with RAID

I would have thought that this is basically technologically identical (but a different form factor for 2.5" SATA drives instead of M.2 SATA drives).

Here, you just set the switch to RAID1 and it works - maybe by chance I got two defective units of the initial StarTech 25S22M2NGFFR adapters, pretty weird.